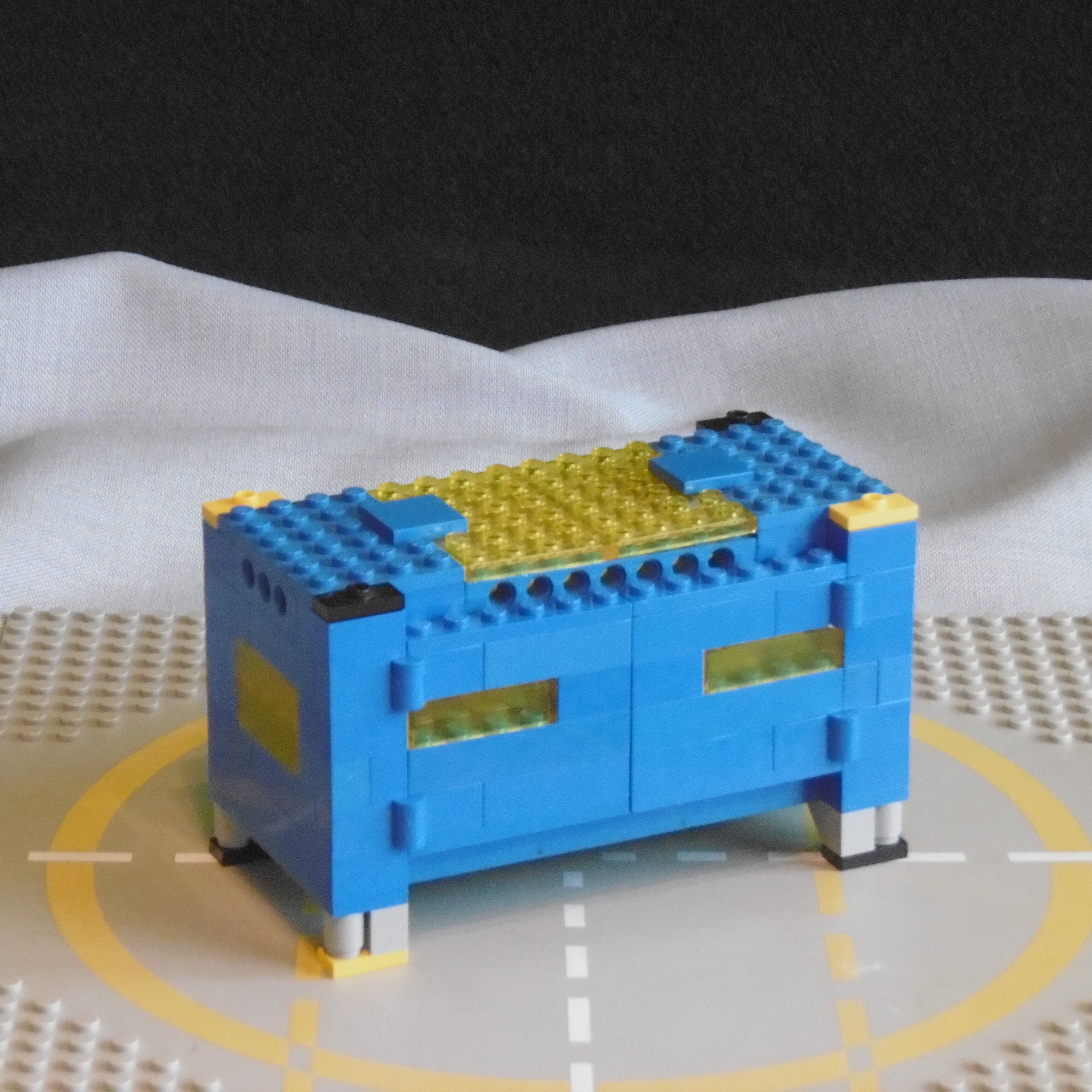 A small transportable base for two Astronauts in Generation 1 Classic Space design.

The basic idea is a modular system for space transportation and the building of planetary bases, more or less like modern temporary (or permanent) office buildings based on ISO Containers. This is the smallest module of such a modular base; a transportable unit for two Astronauts.

The size is more or less the same of the original 926 Command Center; 8 studs wide and 16 studs long. The base has 4 “telescopic” legs to adjust the height and get a horizontal ground plate. The combination of 1×1 round bricks, 1×2 inverted slopes and 1×2 plates is sturdy, simple and for me it even looks cool.

The design is based on the first Classic Space sets from 1979/1980. As far as I know all the used bricks should have been available in 1979.

And now some photos. Let’s open the doors…

There are two computer stations, a table and a bed. It might be possible to replace the bed with two bunks, but the playability is better with a bed. So the astronauts will have to do “hot bunking” as usual on a lot of military vessels and submarines. 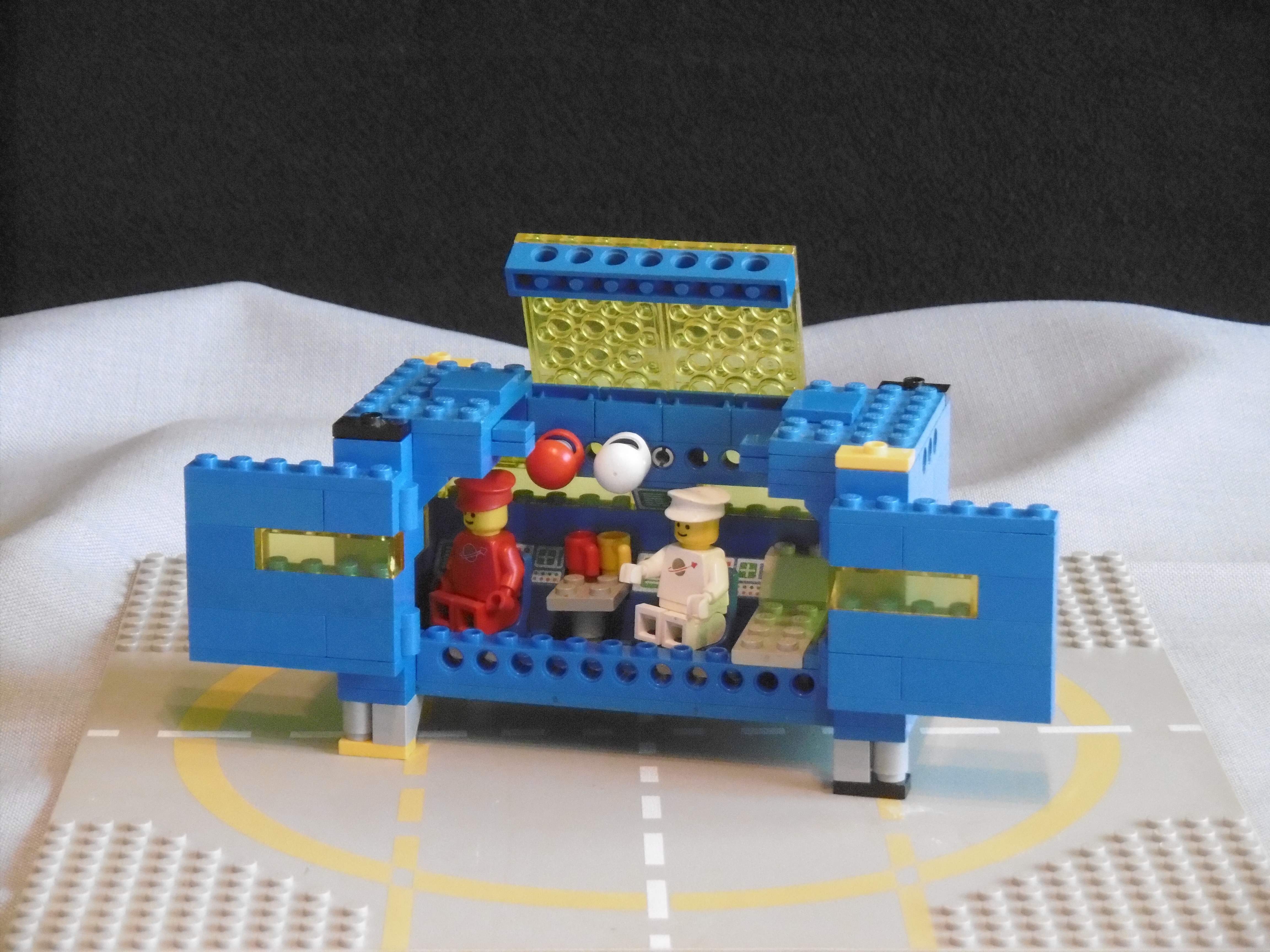 The center of the roof can be unlocked by moving the 2×2 tiles and then be opened. There is storage room for the air tanks and helmets and the most important thing for long hours of hard work at the computer stations – coffee ;-)). The hats are the only ones that were available in 1979, but I think they look OK. 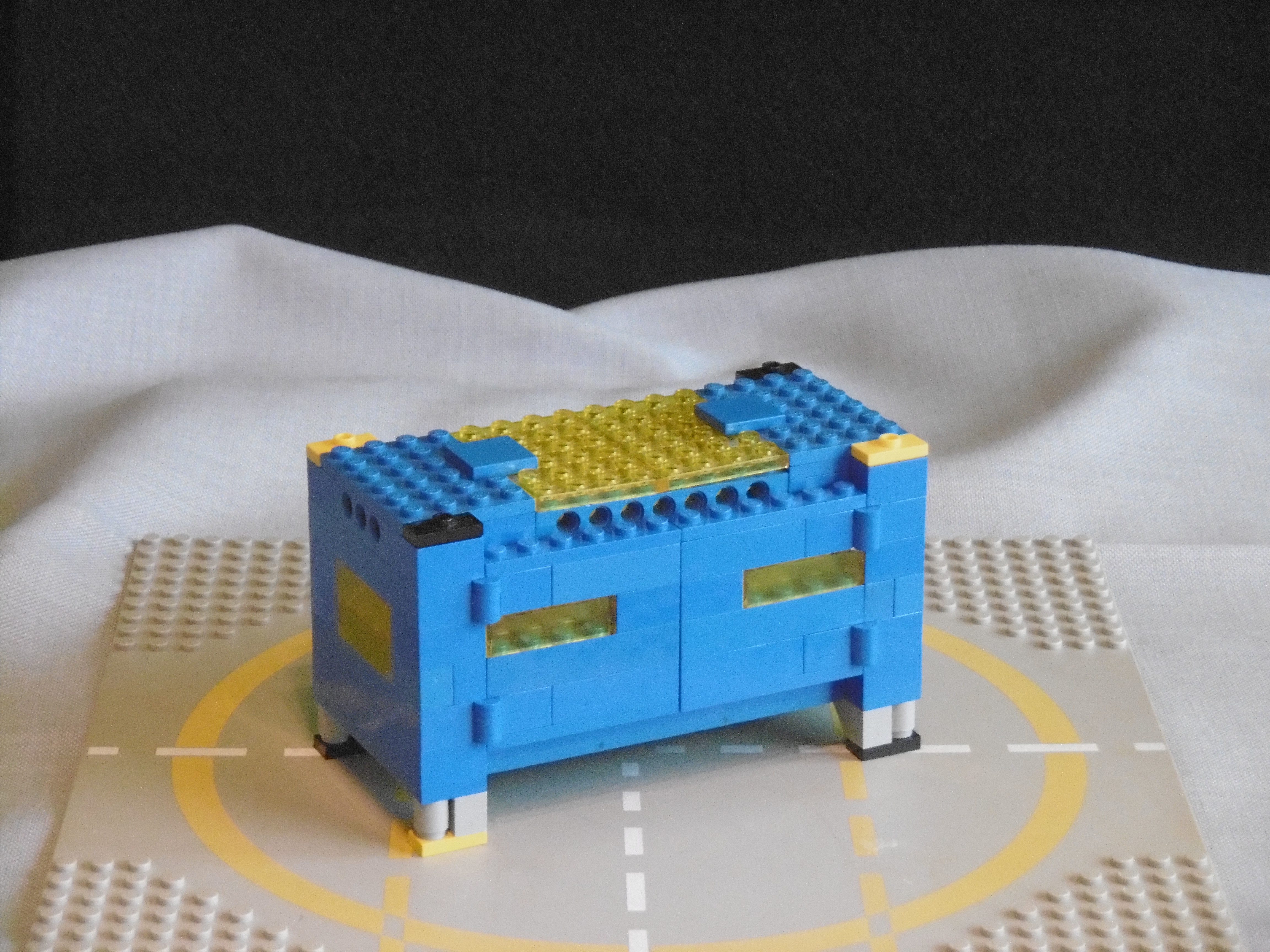 So this is my Classic Space Transportable Base.

One thought on “Classic Space Transportable Base”