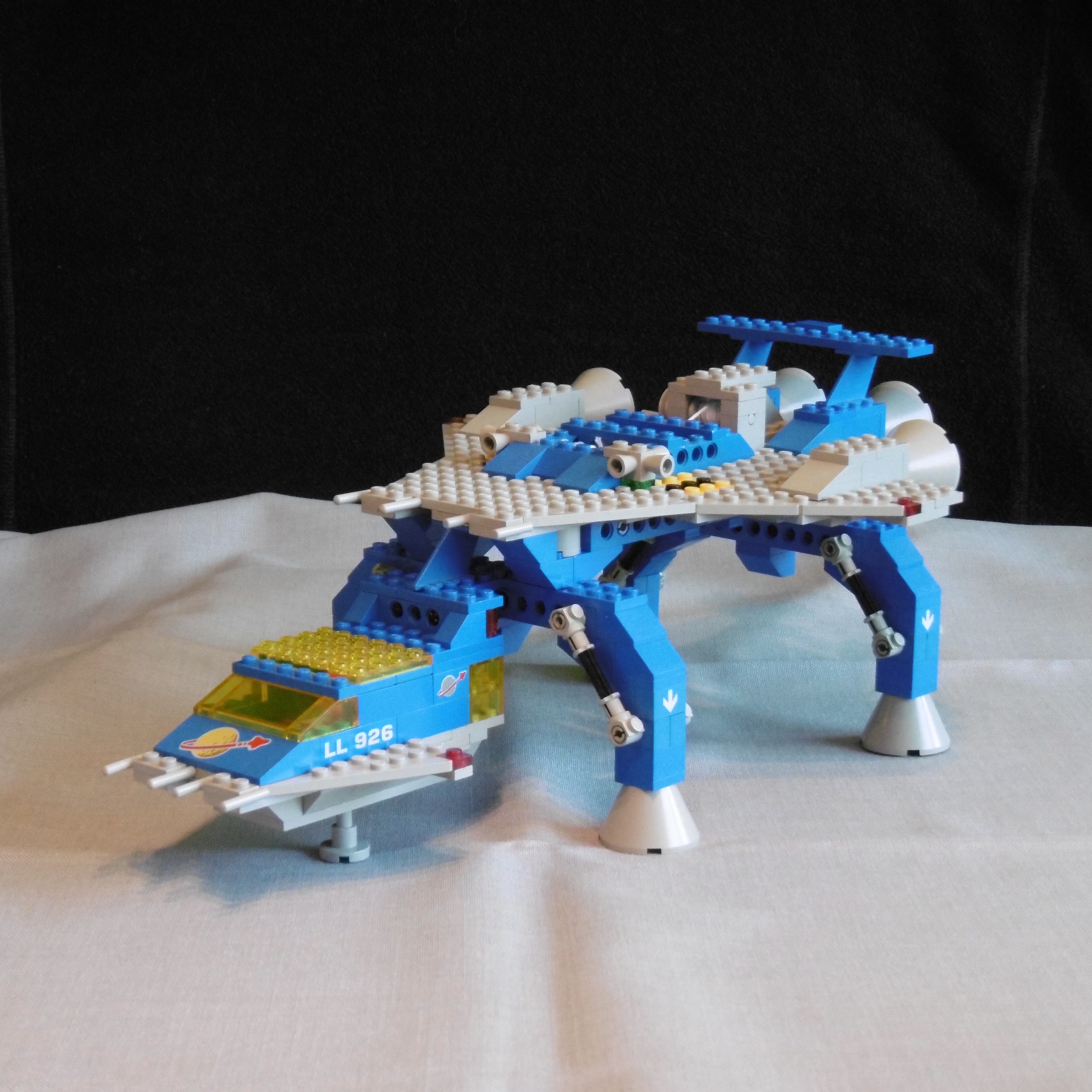 The design of this model started with a question: “How would something like a Sikorsky Skycrane look in Classic Space design?” The ship should have the same functions as the helicopter: Be able to carry a transport container and lift and carry a big payload with a winch.

The ship is designed around a central frame with a high wing on top. Between the crew cabin and the four legs of the ship there is a big space for the payload. The winch is positioned in the center of the frame, so the thrust of the four landing thrusters is concentrated  in the same axis.

And here it is: 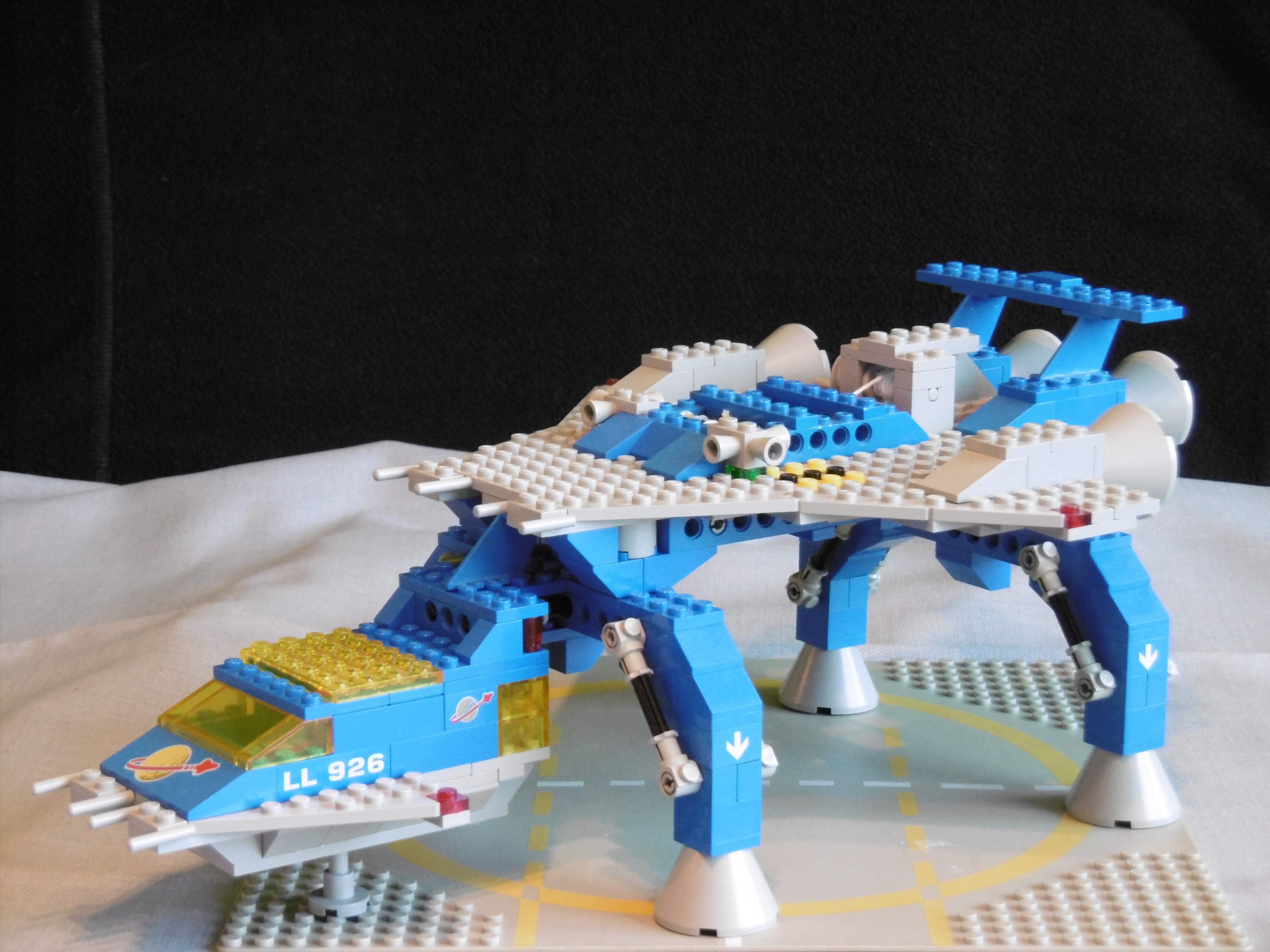 Front view: You can see the two main beams of the frame with the two pairs of landing legs positioned below. 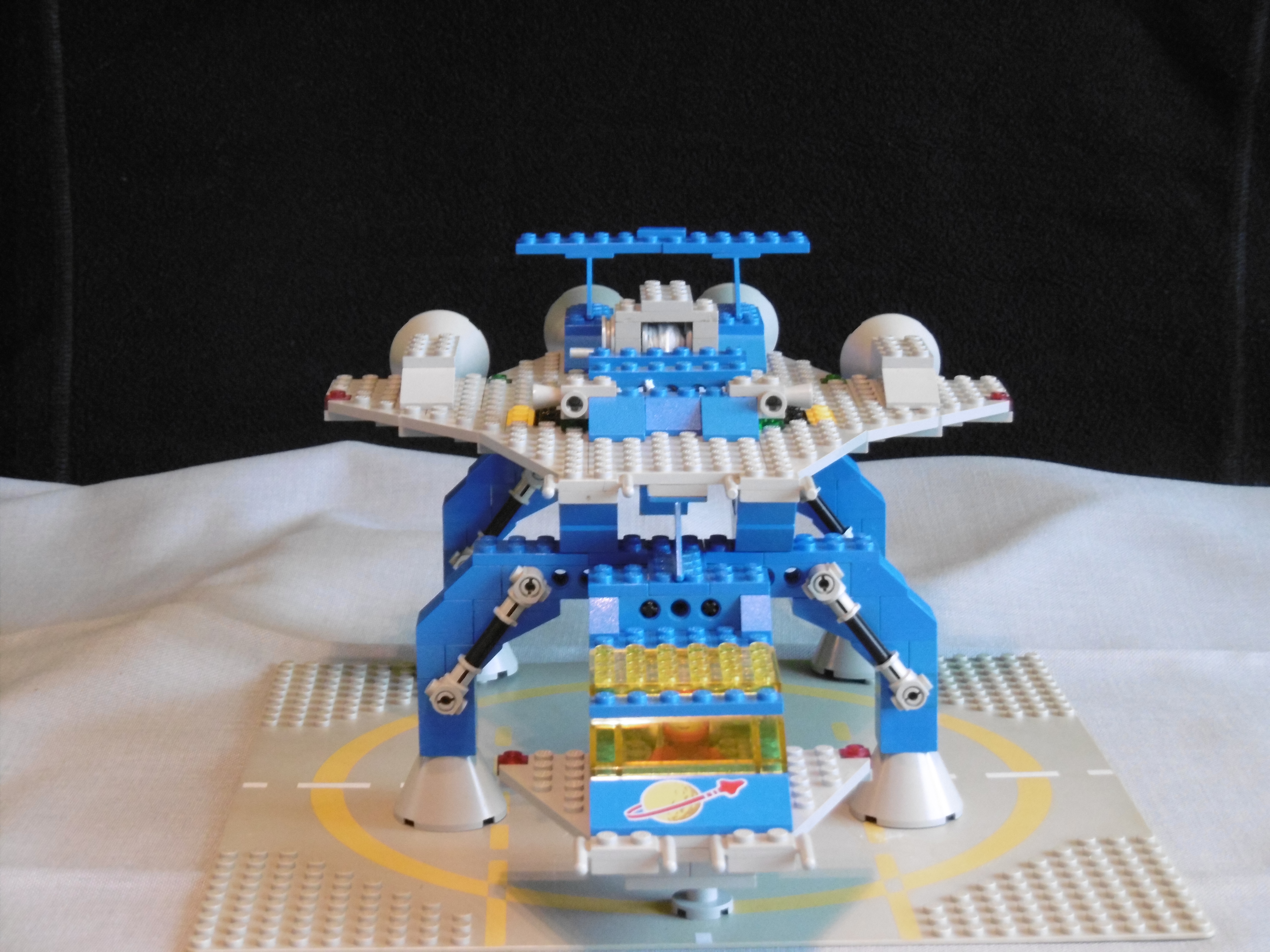 Bird’s eye view: The crane cable runs though the opening in the centre of the frame. The winch is positioned behind the opening. The  shape of the main wings is based on the LL928 Galaxy Explorer. 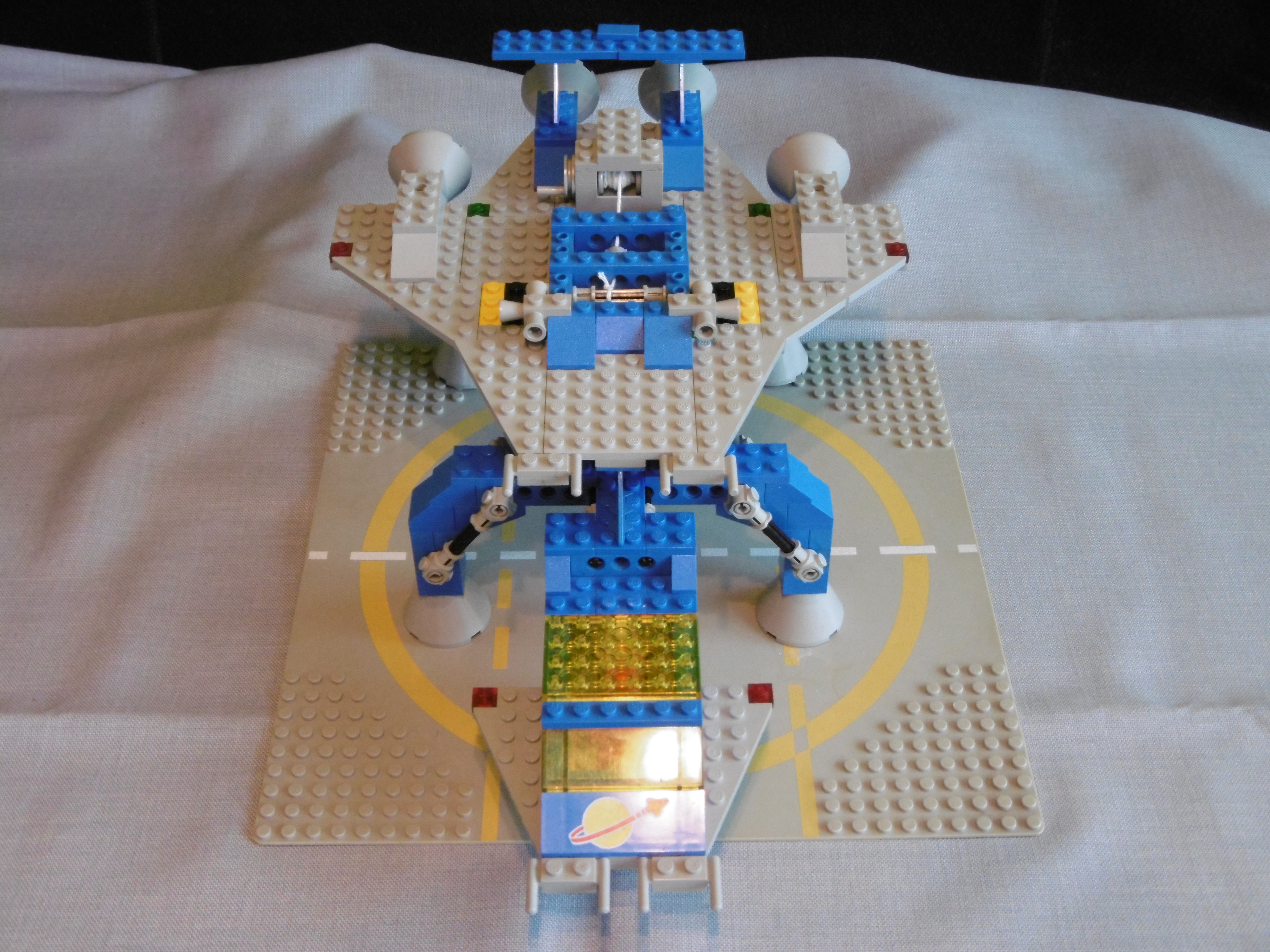 The crane at work: LL926 landing with a payload container “at the hook” 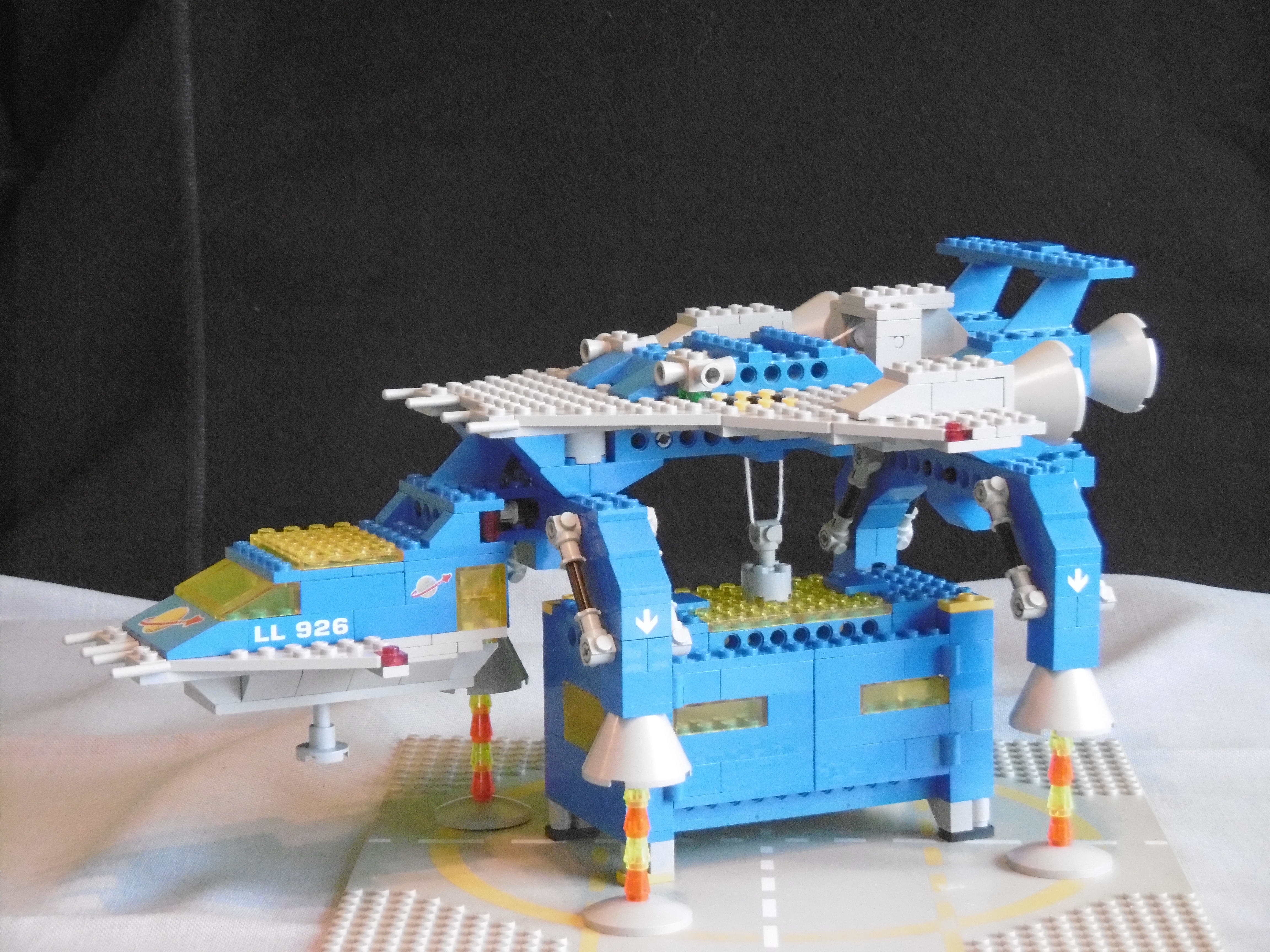 And … Touchdown! The “LL 926” bricks are custom printed bricks based on the original design of the 1979 space ships. 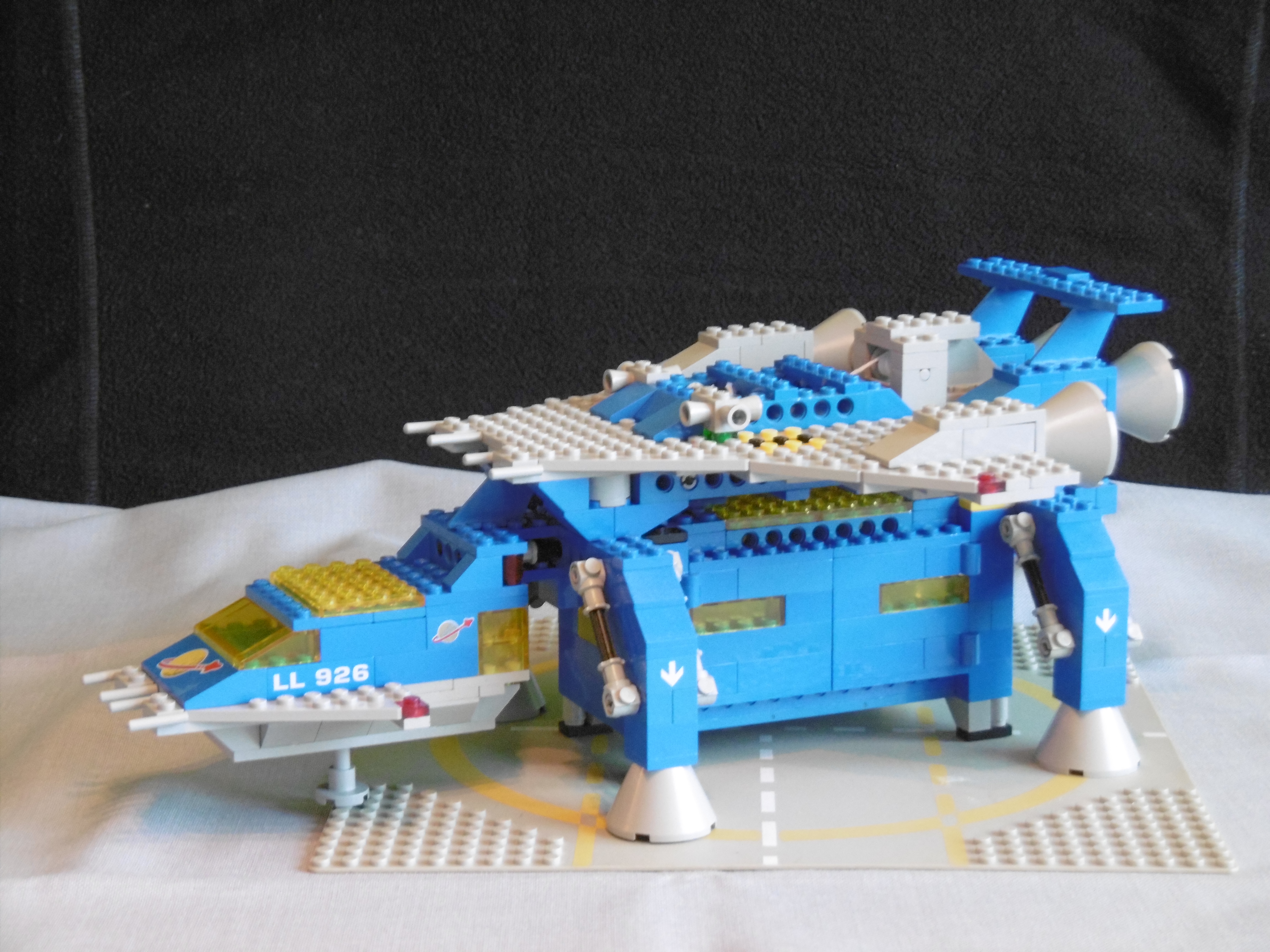 Detail: The container can be connected to the cargo frame by pushing 4 axles into the container using the technic bushes on the axles. 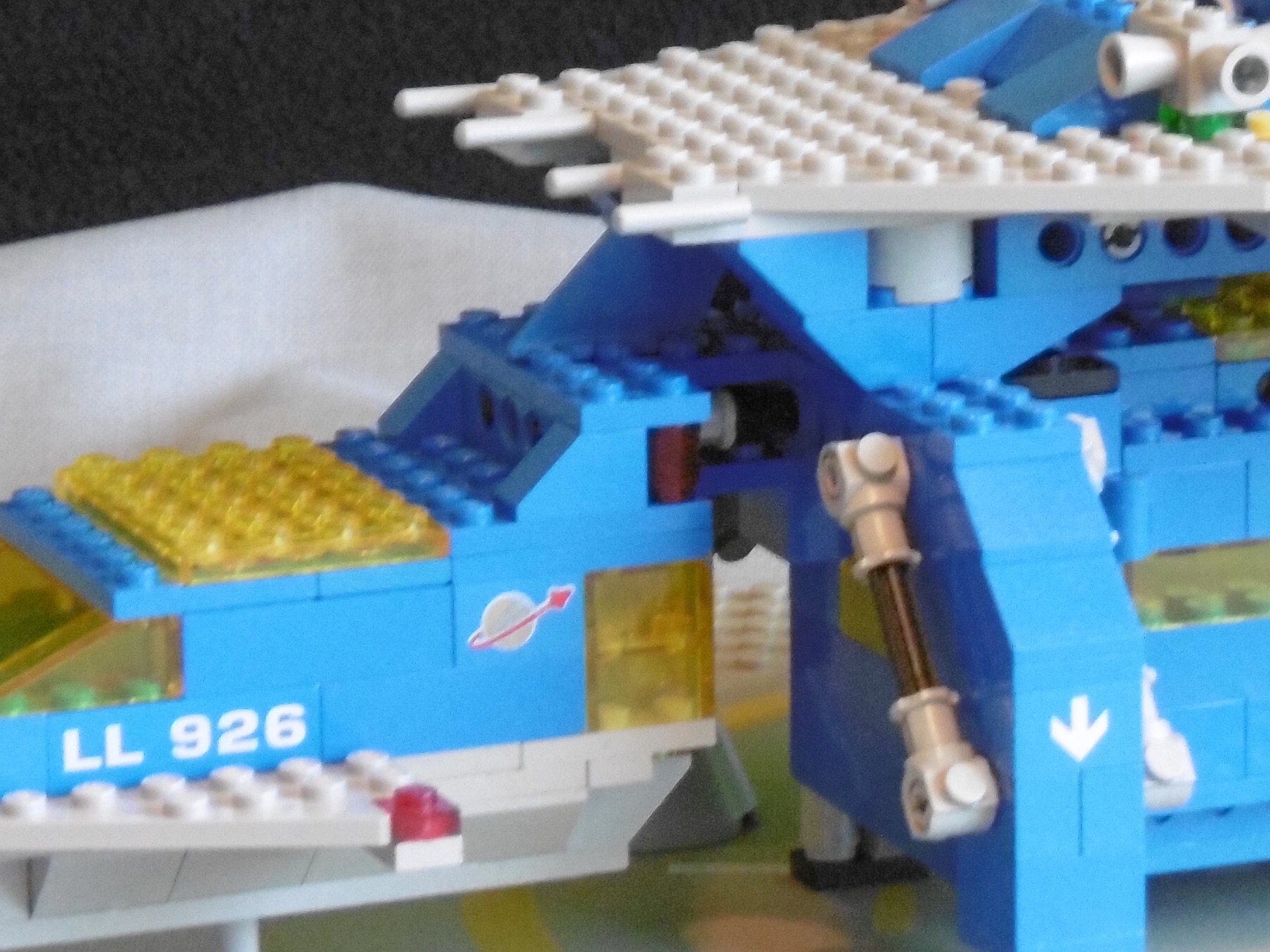 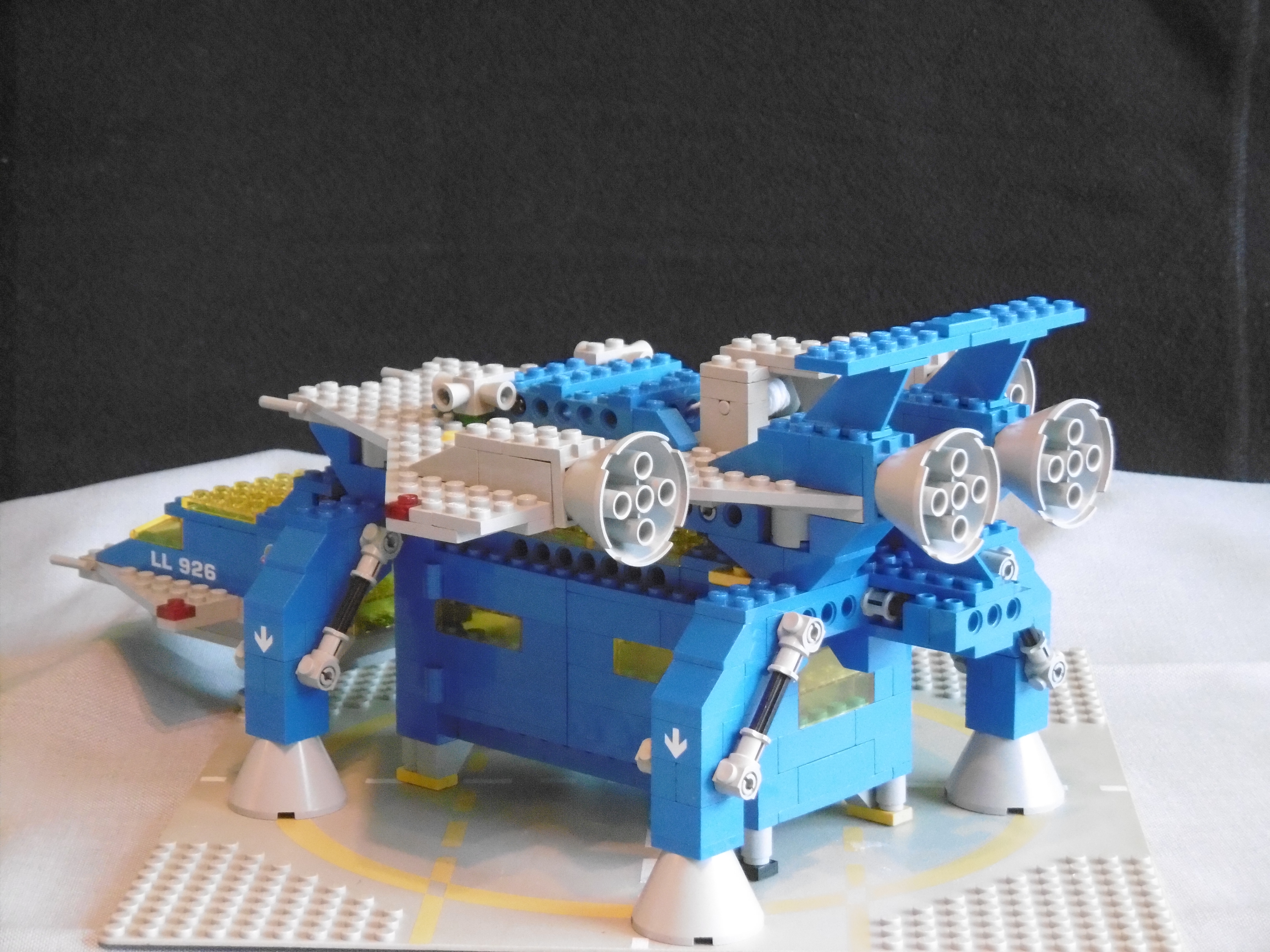 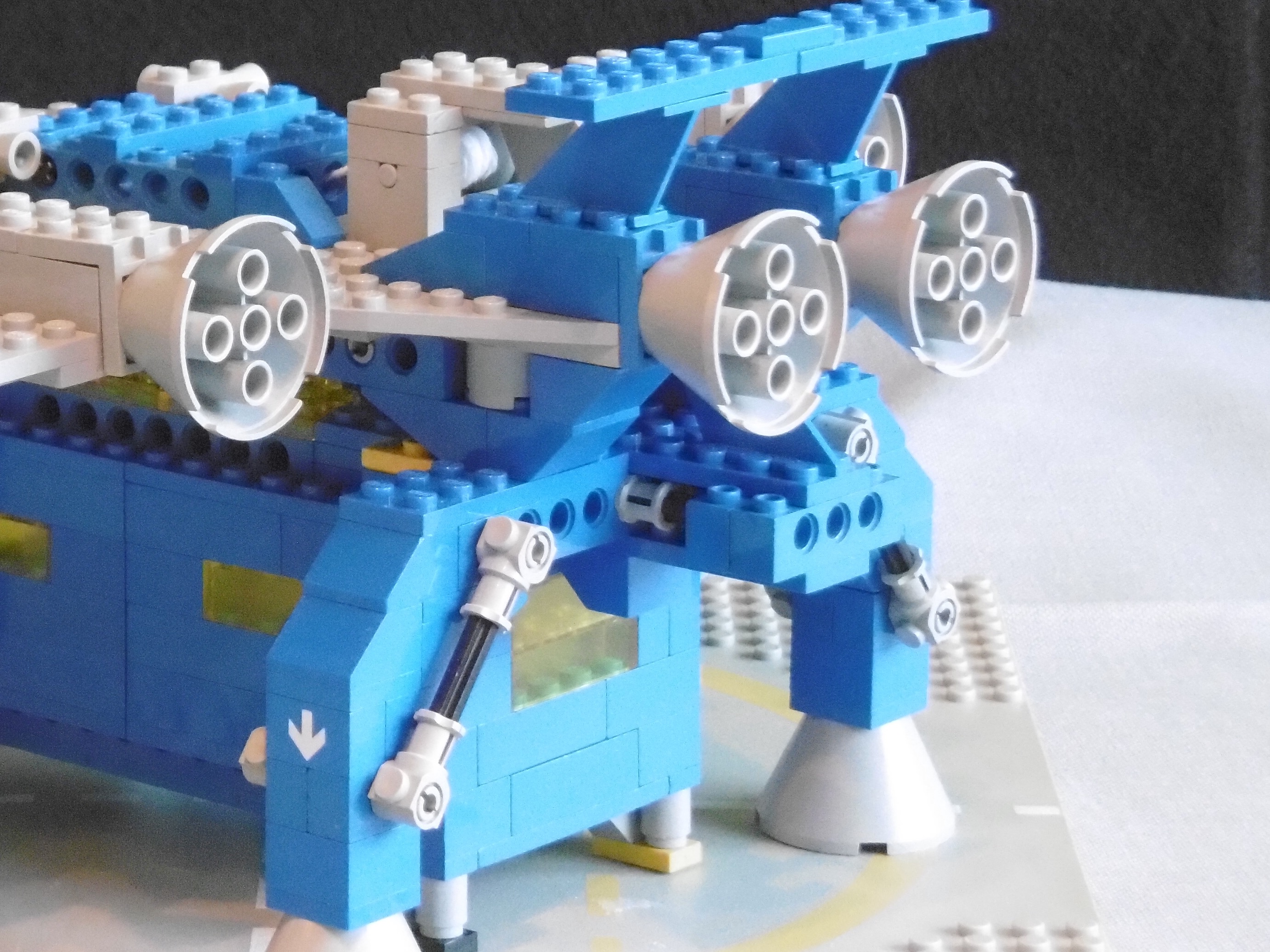 Top view: A cabin for pilot and crane operator 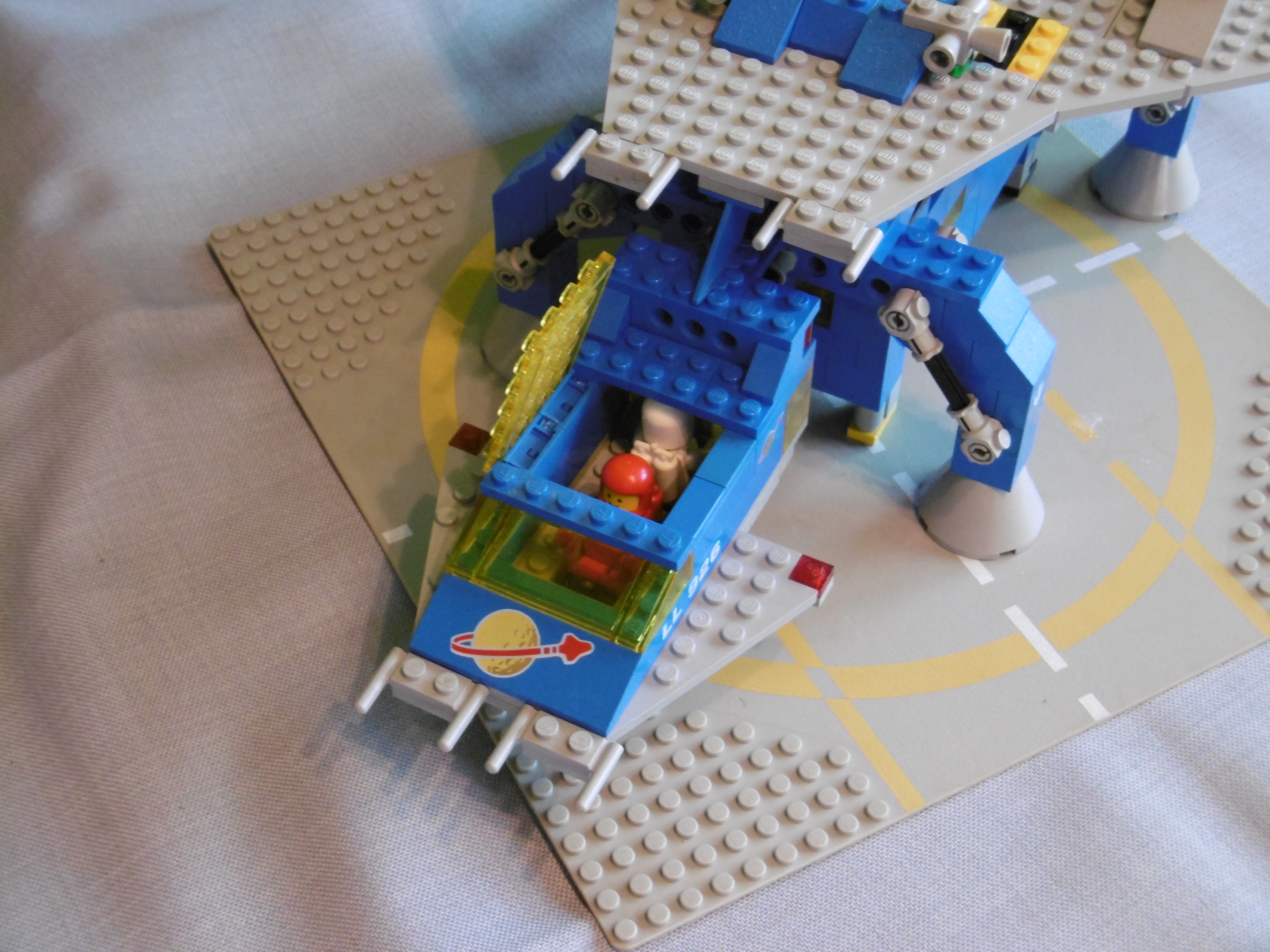 Detail: The crane operator at work 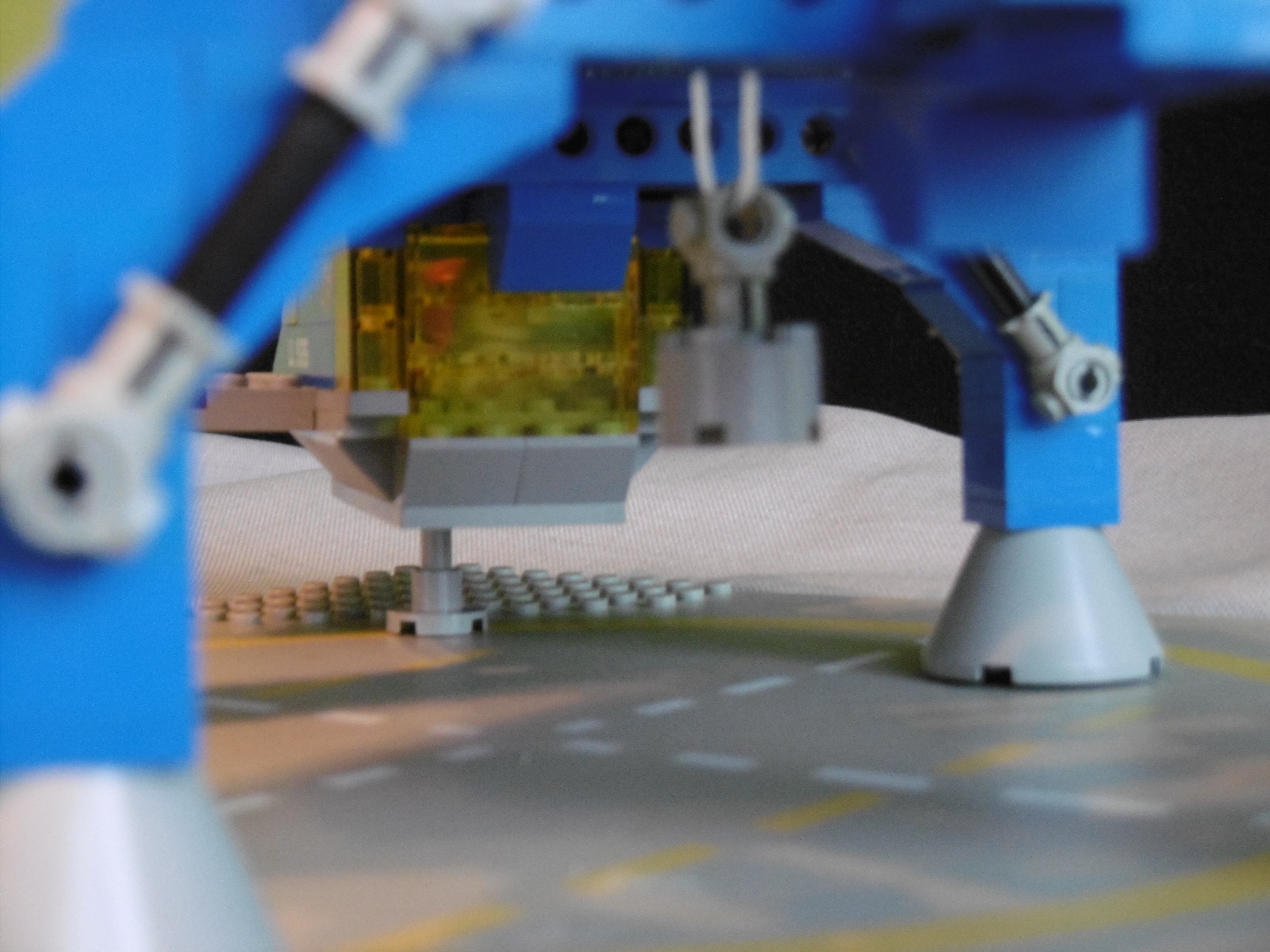 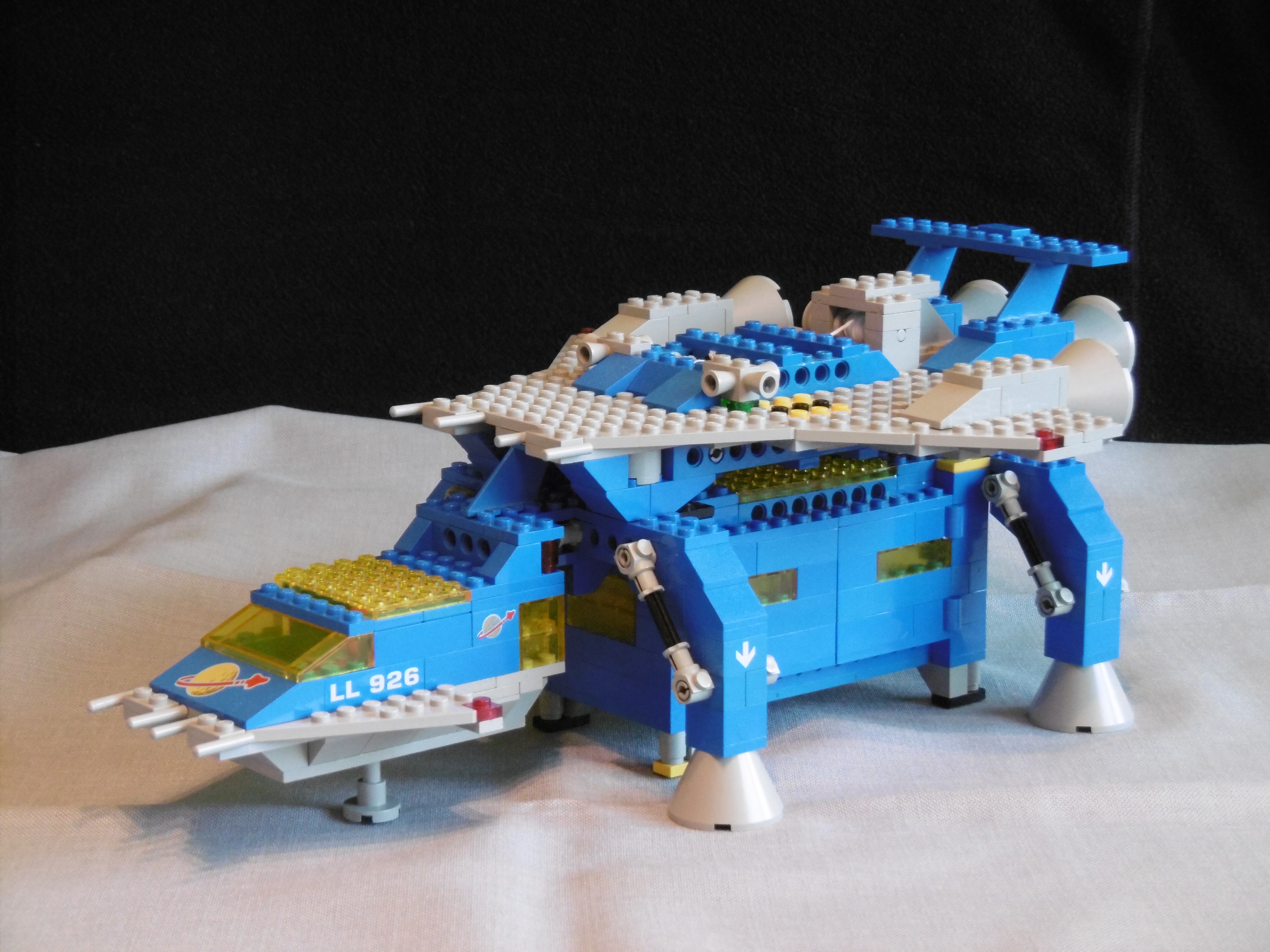 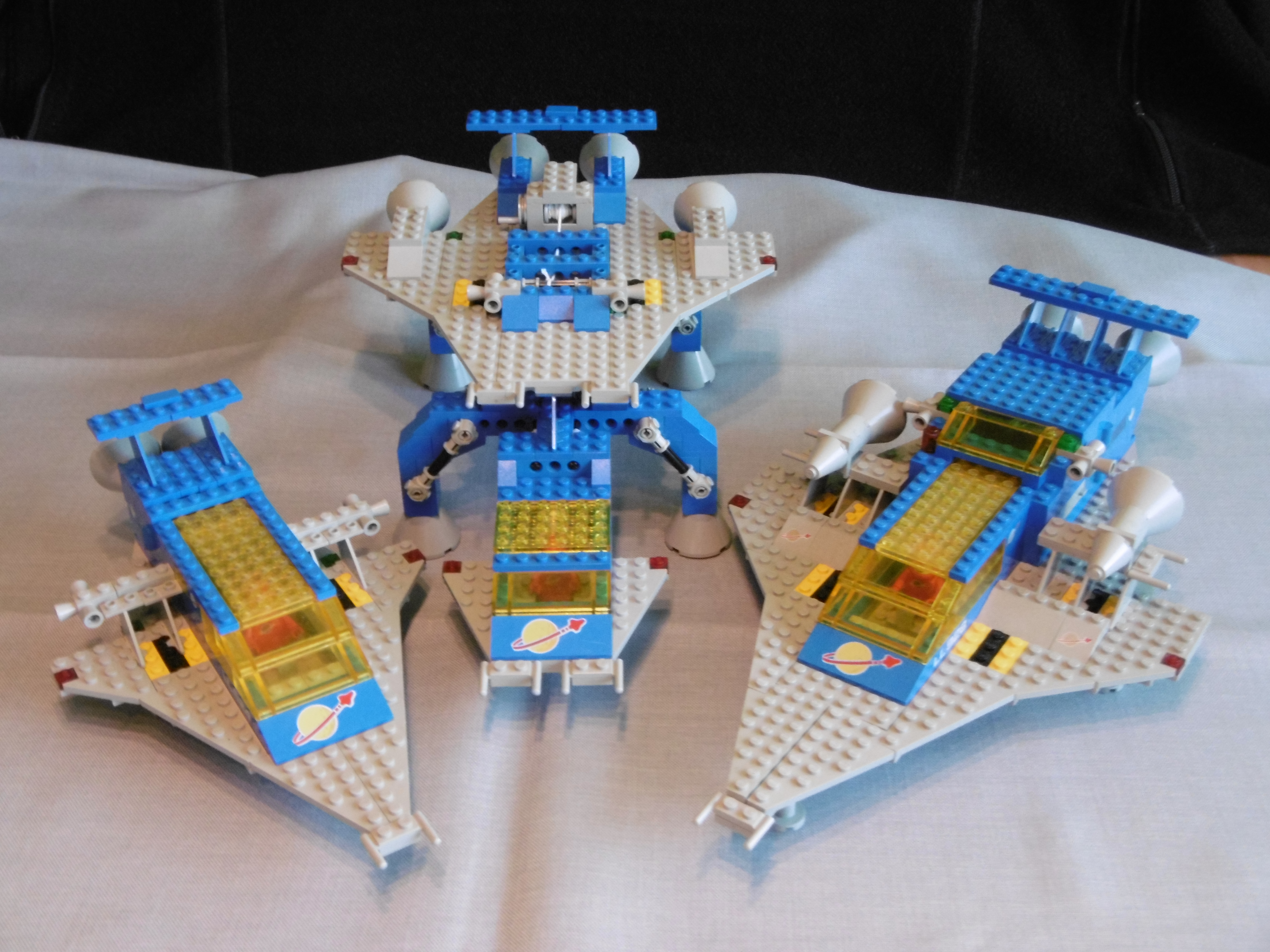