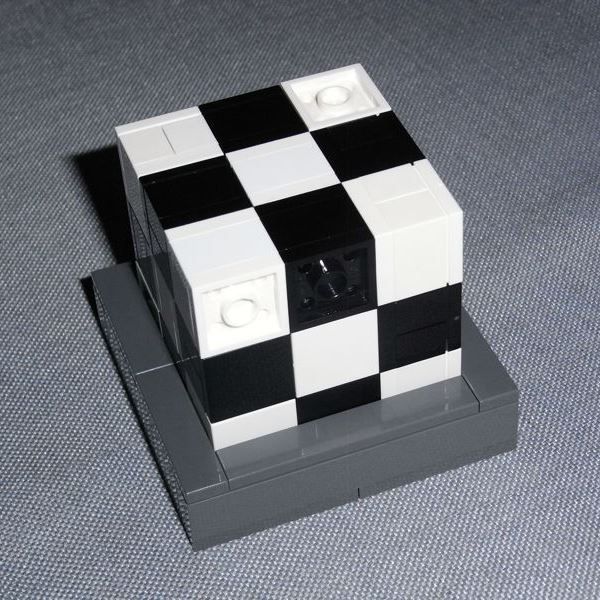 A classic Soma Cube with a black and white checkered pattern.

I’ve posted the LDD version of this puzzle a while ago. With my last Pick-A-Brick order I’ve finally odered the last parts to be able to build it with real bricks.

So this is the result: 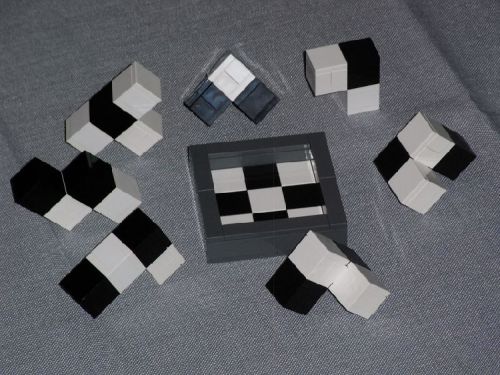 I’ve built the puzzle pieces in the simpliest way, which means the orientation with the most single cubes connected in a vertical way. The horizontal connections are more complicated, I used 1×2 Technic bricks with two holes and connected them with Technic pins with friction. For the corners I’ve combined 1×1 Technic bricks and 2×2 corner bricks. You can take a look at the images of the LDD version to see how it works.

I’ve designed this cube by myself, but later I found out that a similar cube had been done at least twice before: One built by Topsy Cret and one by Jeremy Moody. It looks like they both have a similar (if not the same) design inside.

So this is my checkered Soma Cube.
I hope you like it :-))