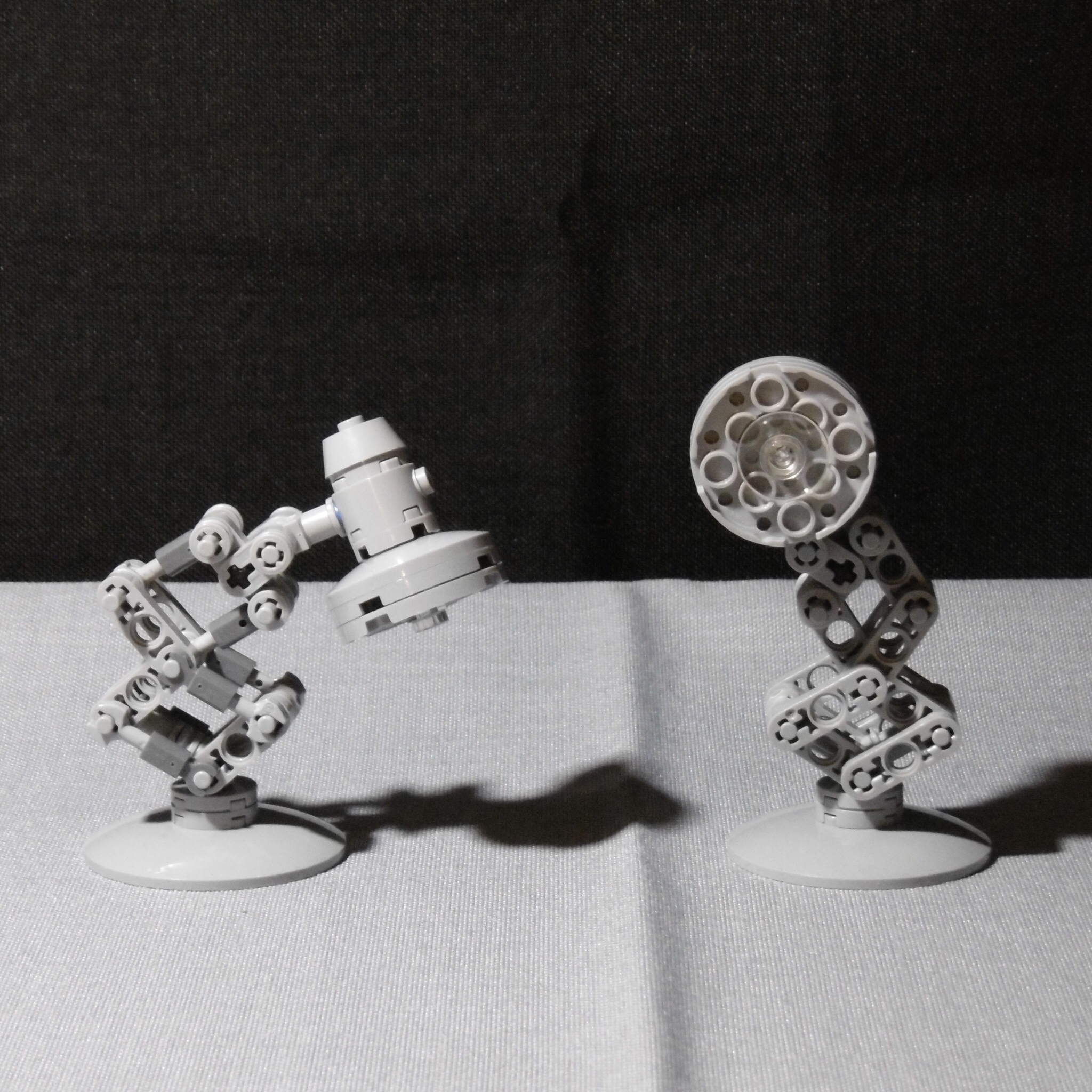 I’m a big fan of Luxo Jr., also known as “The Pixar Lamp”. The short film “Luxo Jr.” was Pixar’s first CGI film and since then the lamp has become kind of a trade mark for Pixar.

There have been a few cool Lego models of Luxo Jr. and I wanted to give it a try myself. My goal was to build a mini model which should be able to “move” almost like the original desk lamp.

To get a feeling for the kinematics I started with a simple, bigger Technic frame built with Technic beams and liftarms: 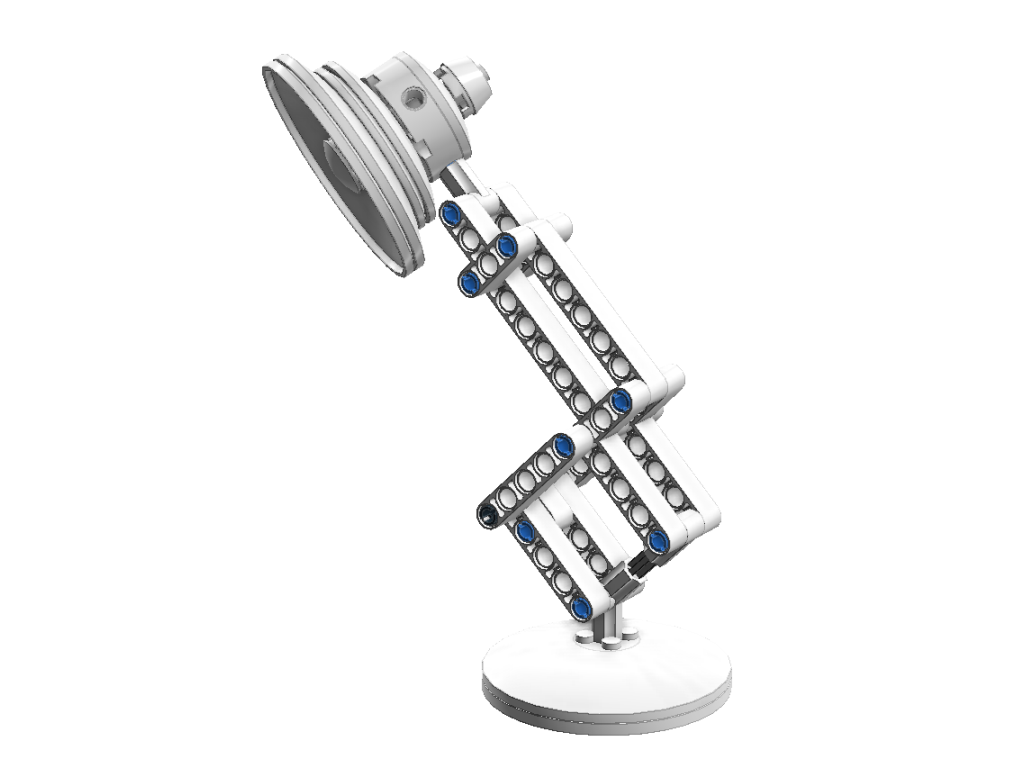 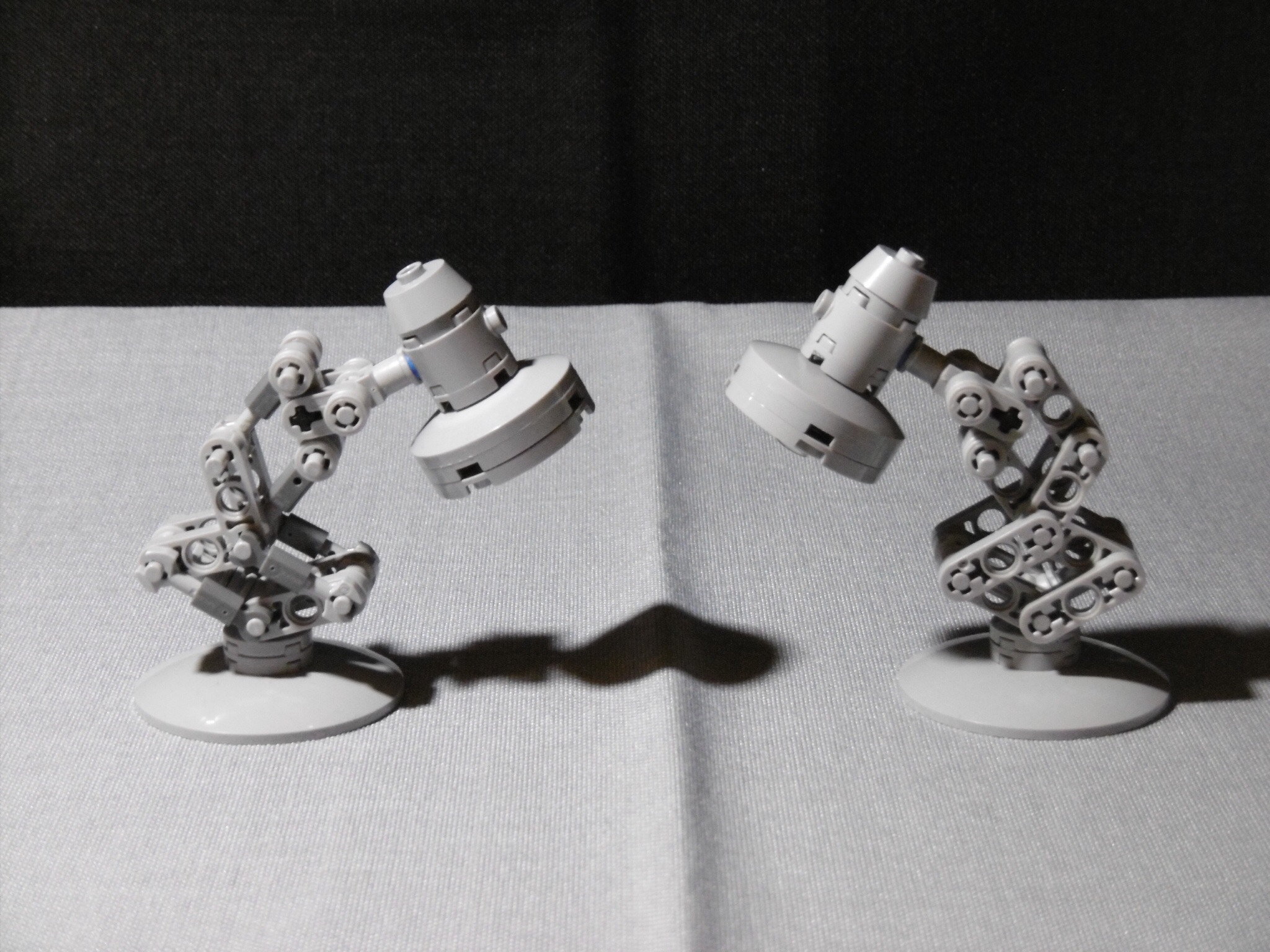 Both lamps have two sets of liftarms in parallelogram shape (diamond shape to be exact), connected with an L-shaped liftarm. So they can “move” almost like the original Luxo Jr. lamp. 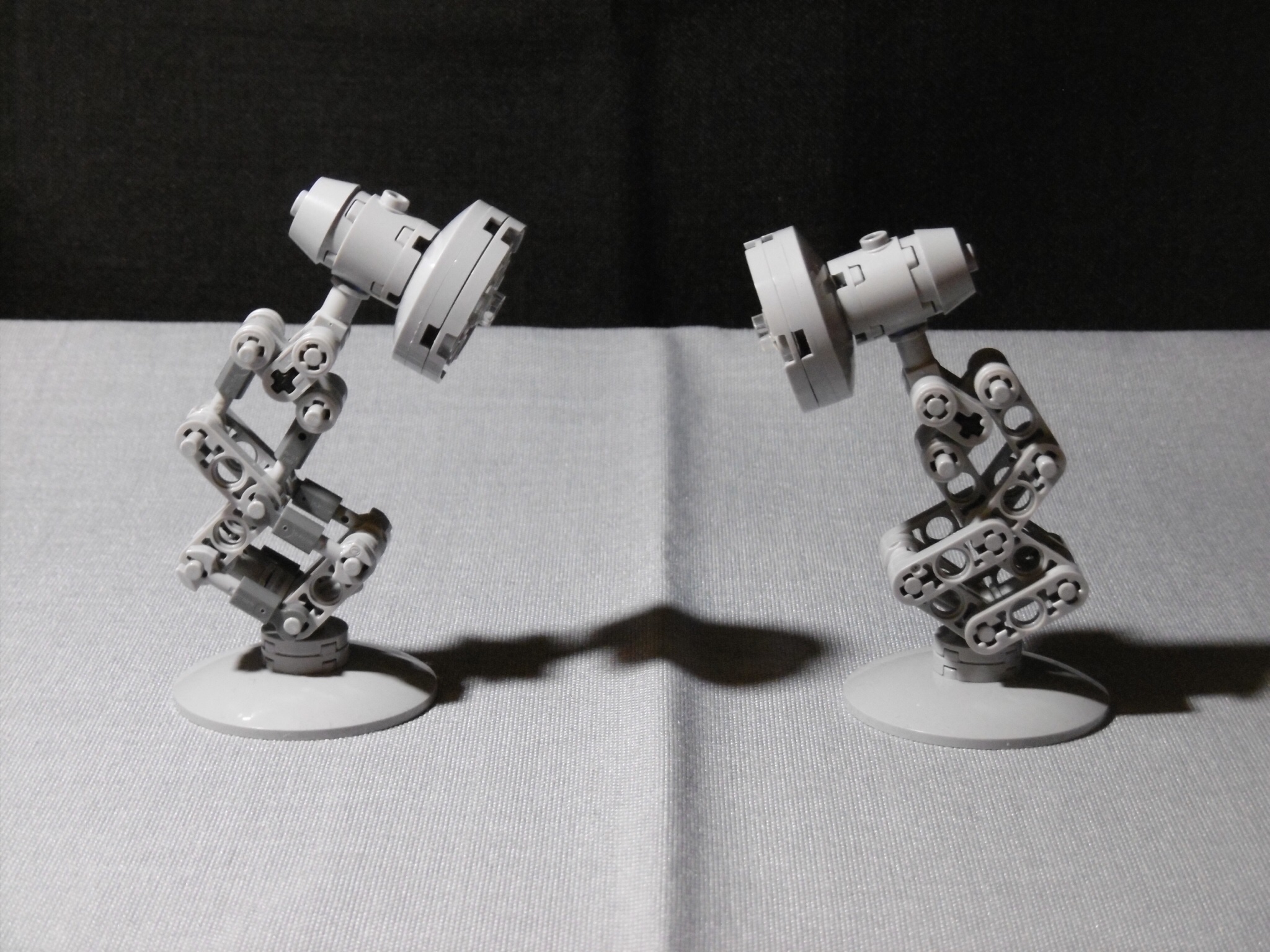 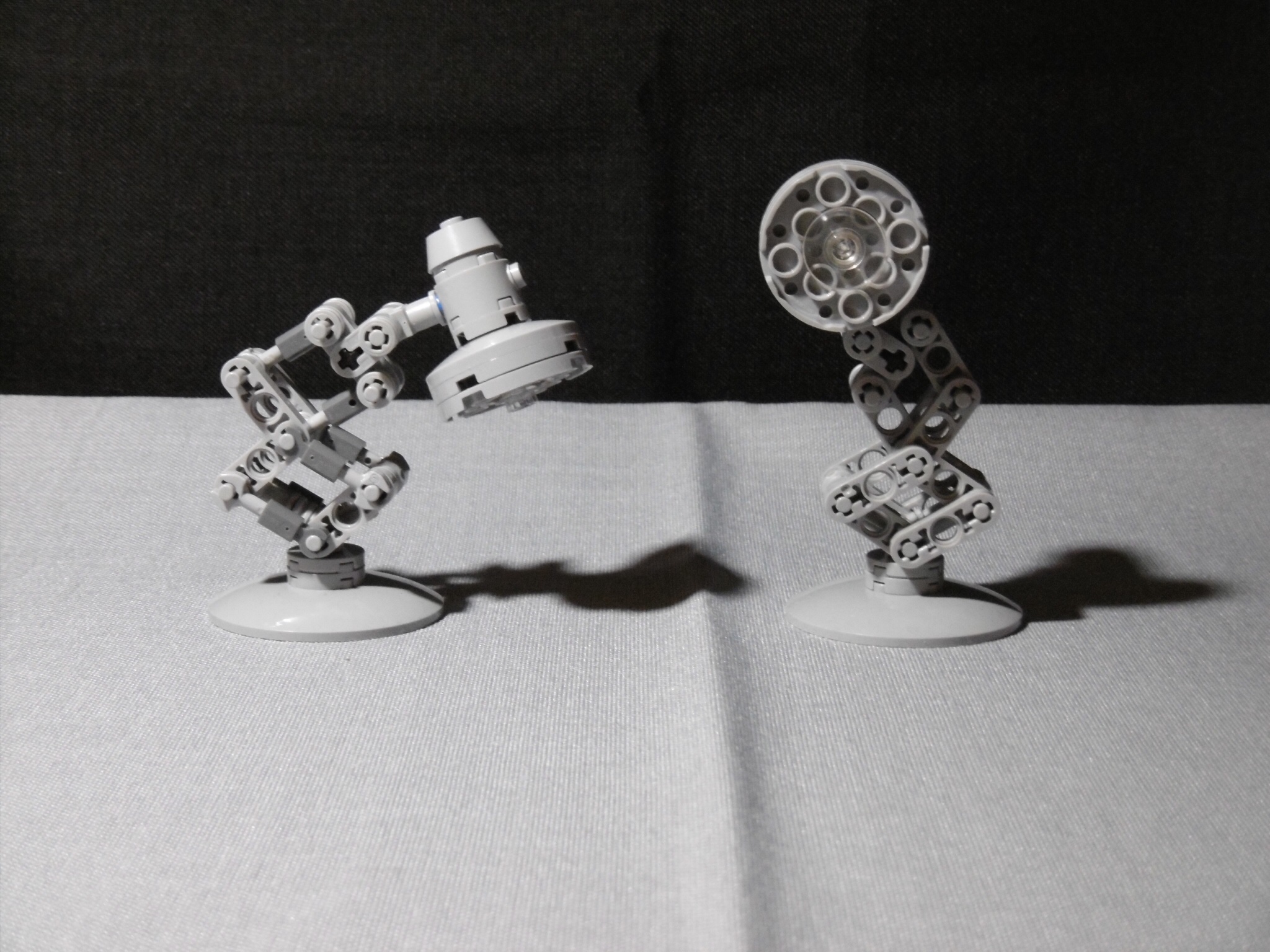 That’s it: My “working” miniature Lego version of Pixar’s Luxo Jr. desk lamp. I hope you like it! :-))

I’d love to add an LED light. I’m still looking for the best solution to do that…

Bonus photo: My son wanted to have his own “Pixar Lamp”, so I built a third one for him with parts that I found in my boxes. 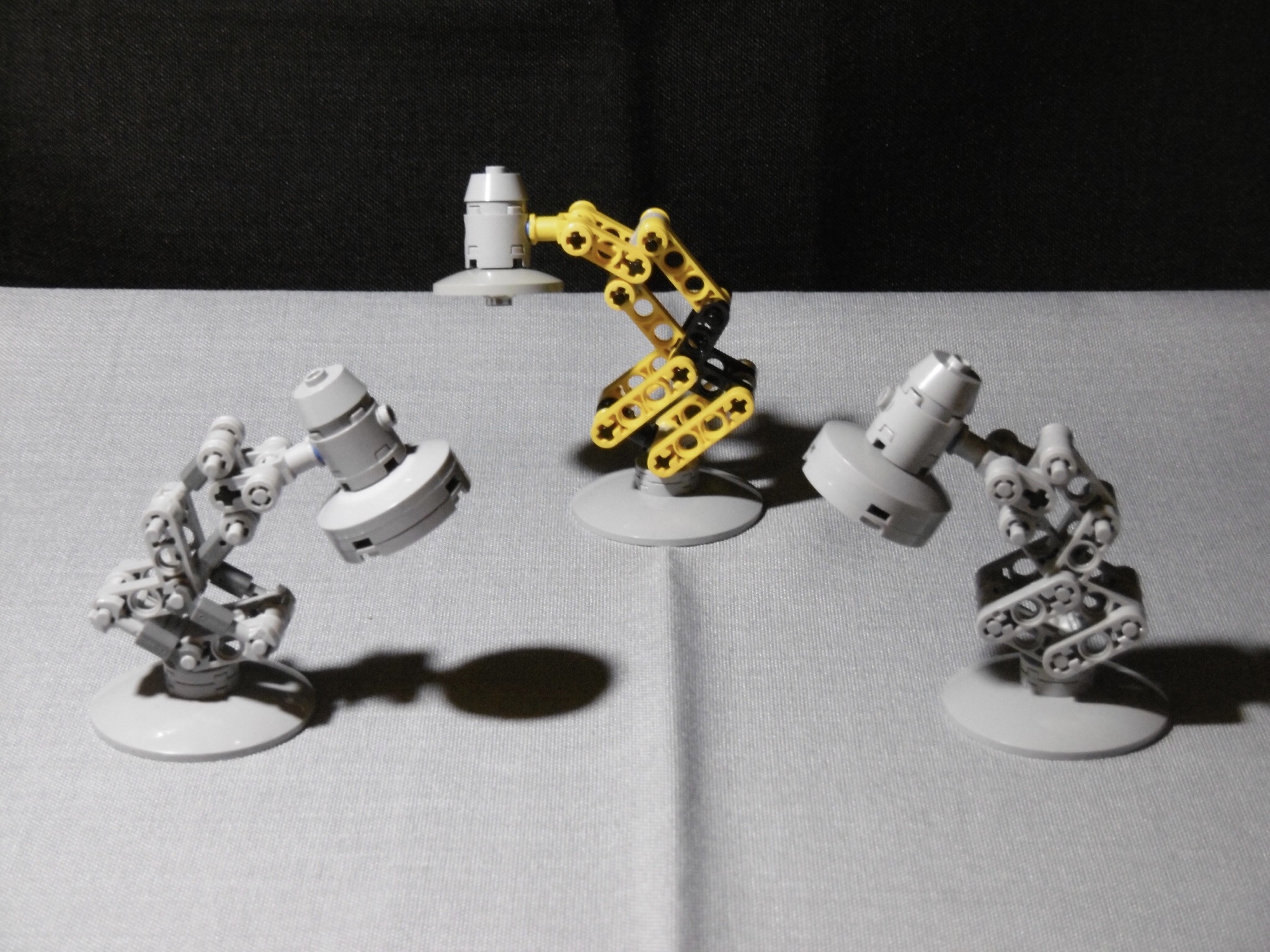