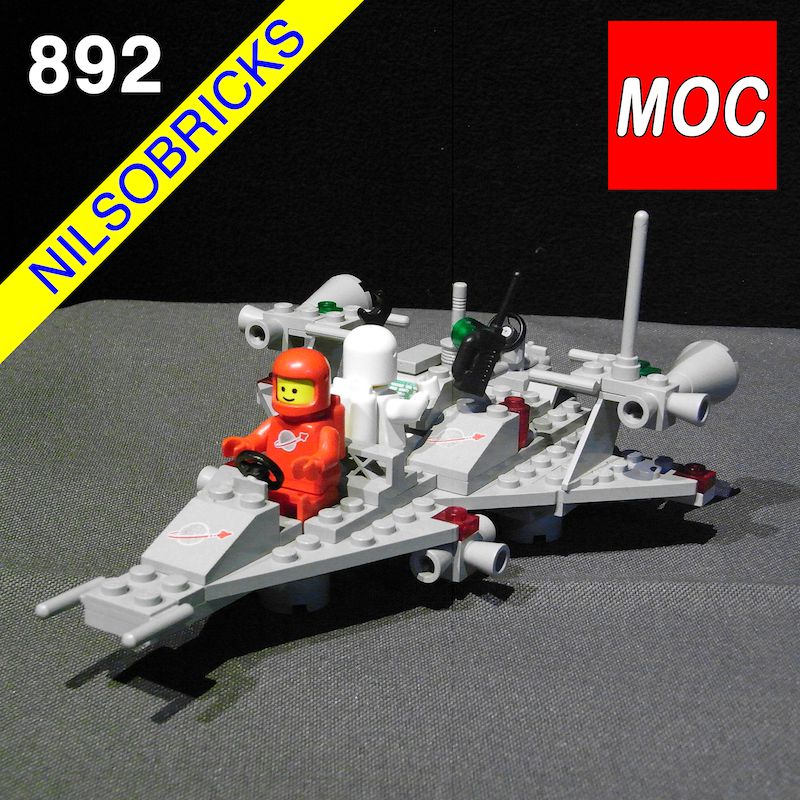 I knew that I wanted to do something like the 6890 Cosmic Cruiser but with the original 1979 look. And it had to carry a rover, not a scooter. When I came home that day I immediately started the design process. This is the result: 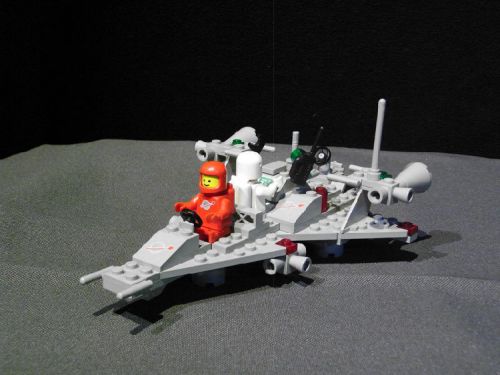 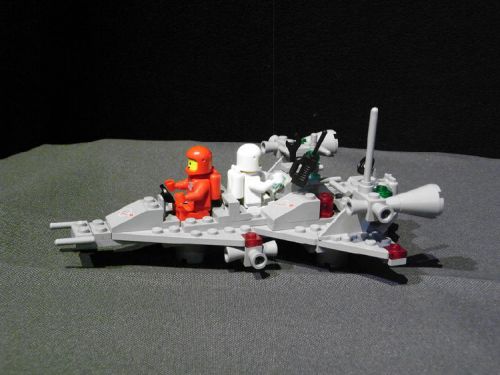 Here you can see the rover. It glides with its mudguards on some tiles in the rear of the scooter. It is fixed on its rear end to the scooter with a single 1×2 tile. 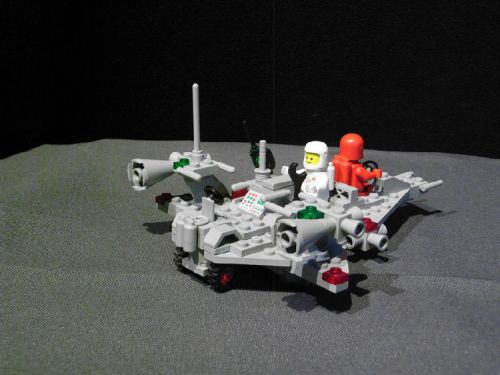 Once the driver has taken his seat, the rover can be detached by moving the 1×2 tile. 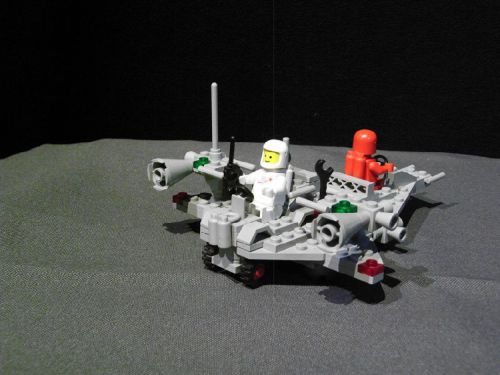 And there it goes. 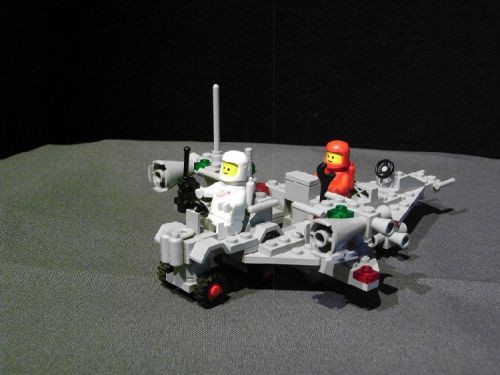 Meanwhile the other spaceman can work on the computer… 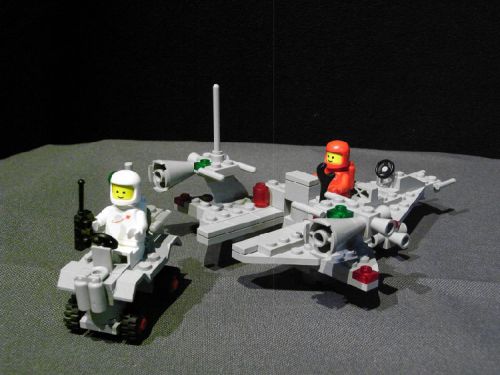 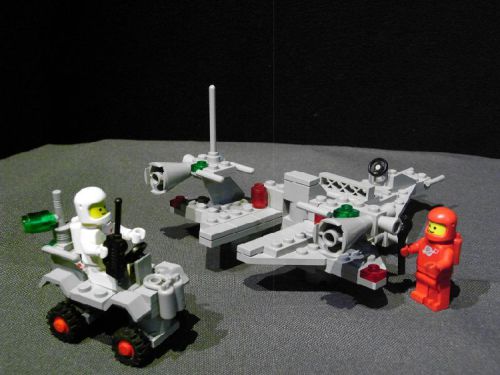 He can also take his seat again… 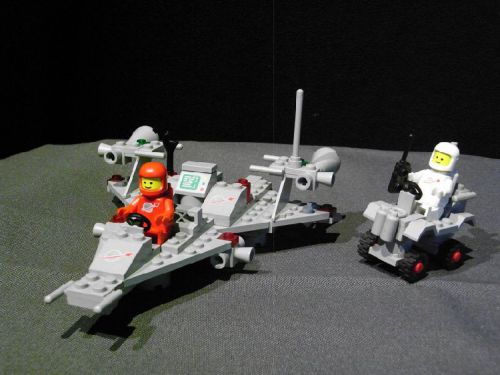 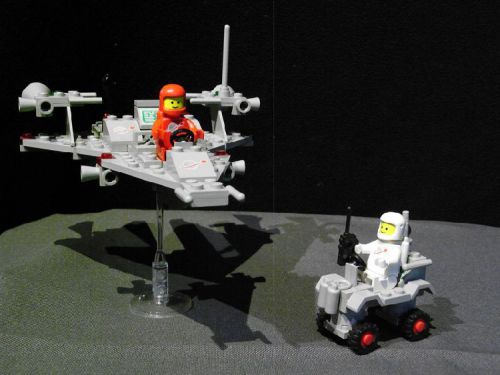 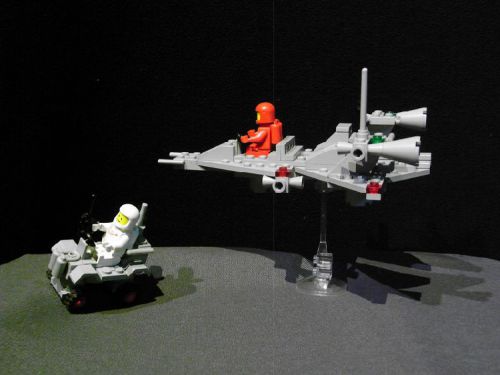 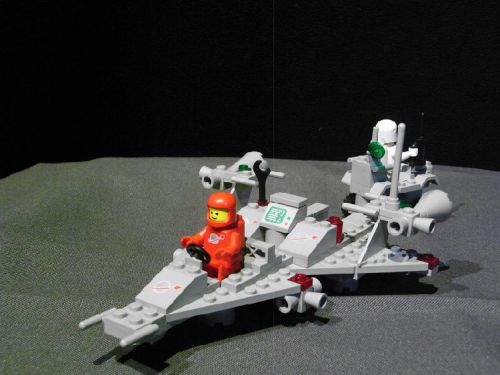 Moving the rover back into its position. 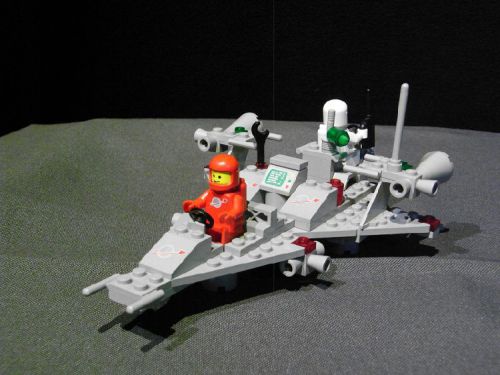 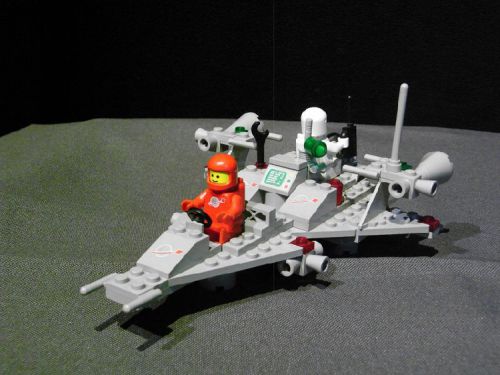 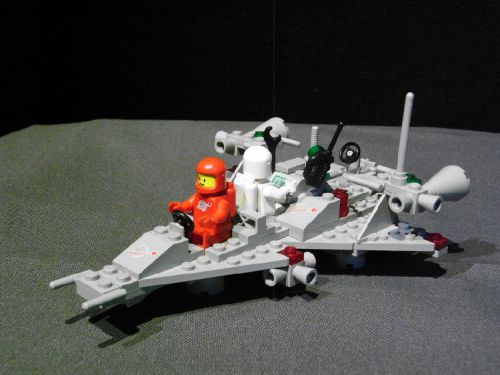 You can count the parts if you want: 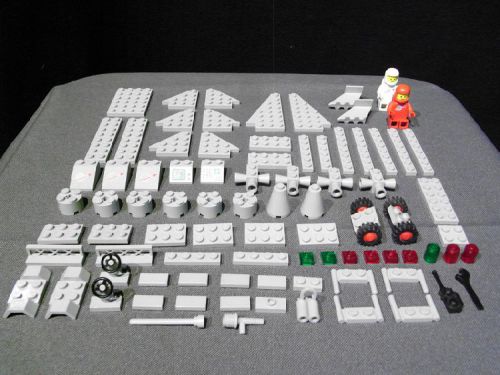 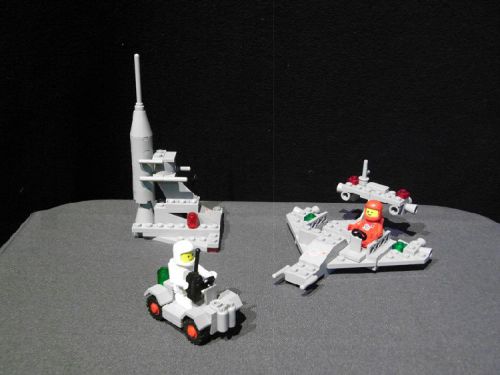 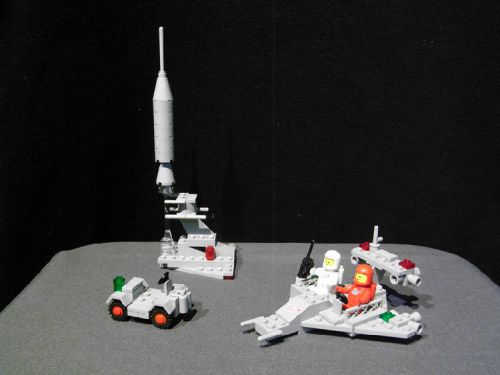 Let’s see what’s that over there… 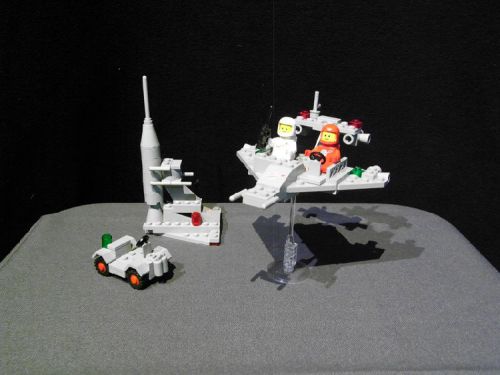 Alternative model #2:
A small scooter (similar to 885), a little pick-up truck and a radio relay station. 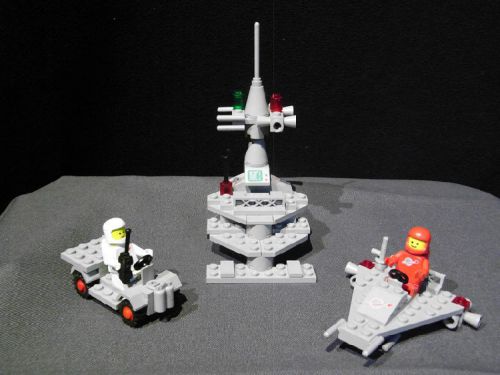 A spaceman can go for further exploration with the truck… 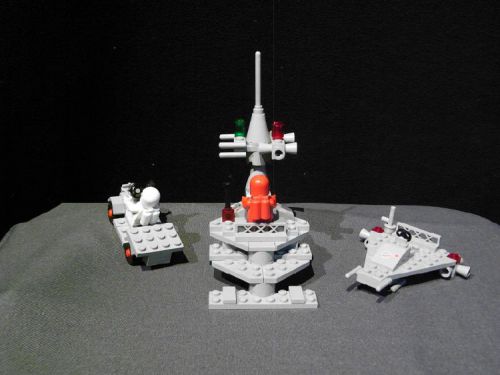 …or with the scooter. 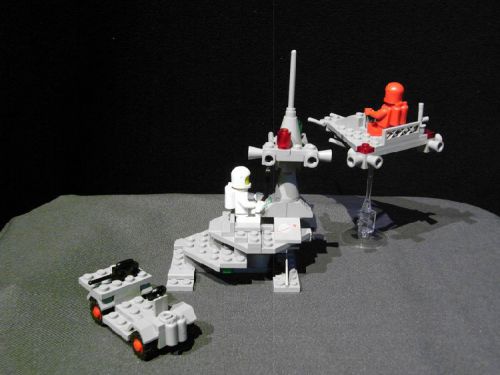 Alternative model #3:
A big 2 seated scooter and a mini rover. 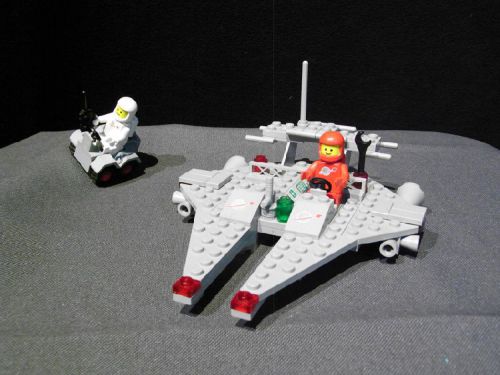 Let’s see how fast this thing can go! 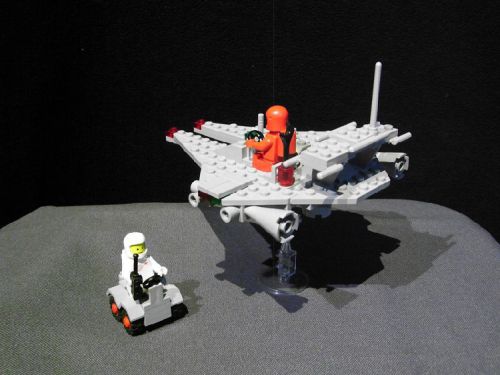 Any similarities in shape to certain Corellian freighters are pure coincidence ;-)) 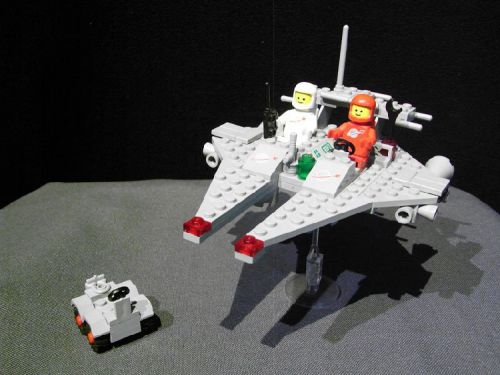 So this is my entry for the Classic Space Pocket Money Contest, the LEGO 892 Surface Explorer. I hope you like it :-))

Bonus feature #1: The LDD file with all 4 models 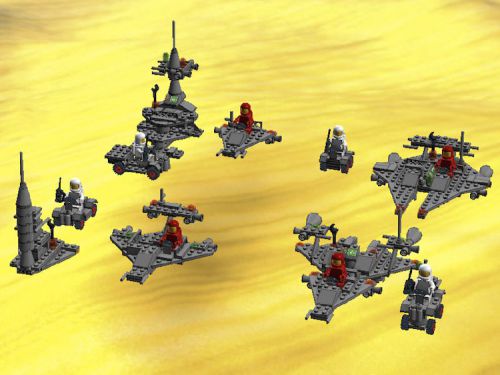 Feel free to download it and build your own one :-))