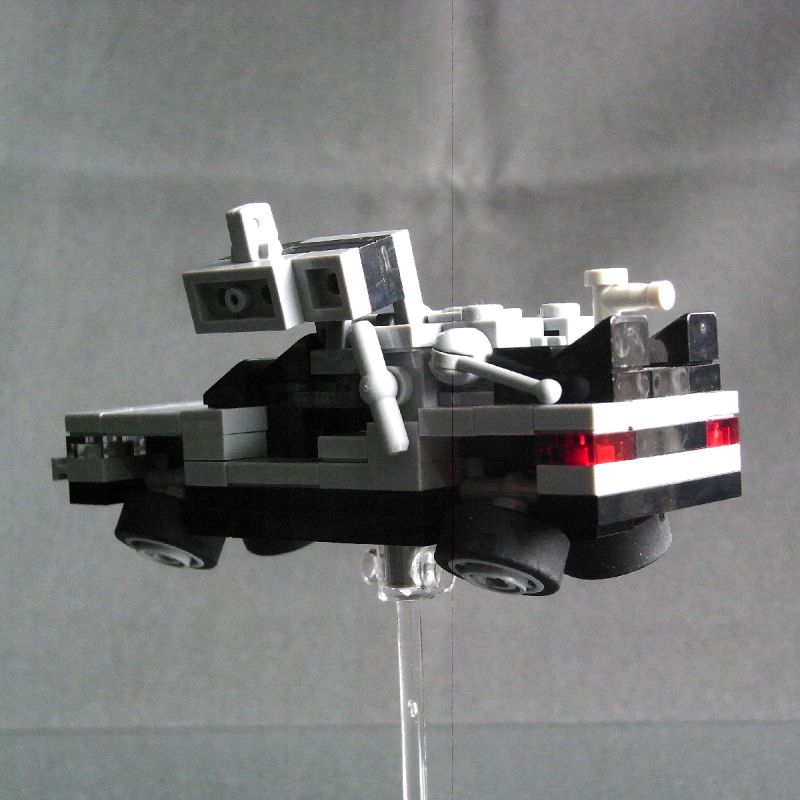 A 4-wide version of the DeLorean time machine with hover mode as seen in the “Back to the Future” movies with Michael J. Fox.

Believe it or not, this one has been around on MOCpages for one month without getting noticed ;-)). Where? On this photo!

This is like a mix between my 4-wide DeLorean with “normal” wheels and my 5-wide one with hover mode. I had thought about a 4-wide with hover mode for a very long time. Then I gave up and built the 5-wide instead. Ironically the solution was quite easy, just a small step away from the 5-wide.

Enough words, here are some photos: 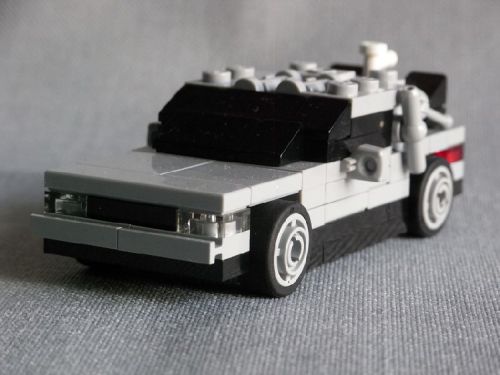 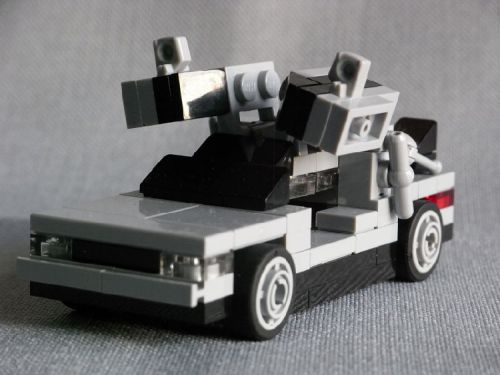 The interior is just the same as on the first 4-wide. You can see some more photos of it here.

Time for the hover mode: 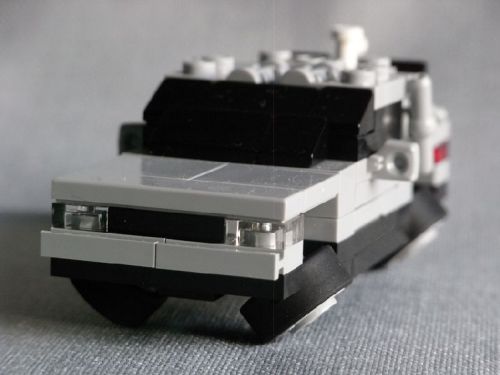 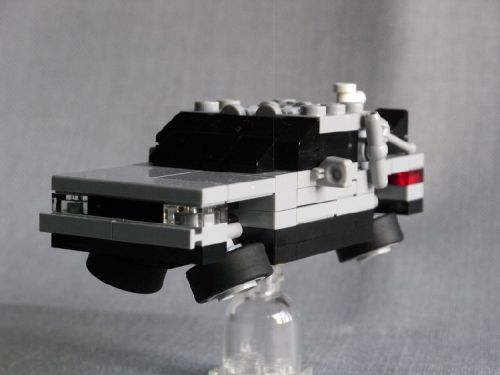 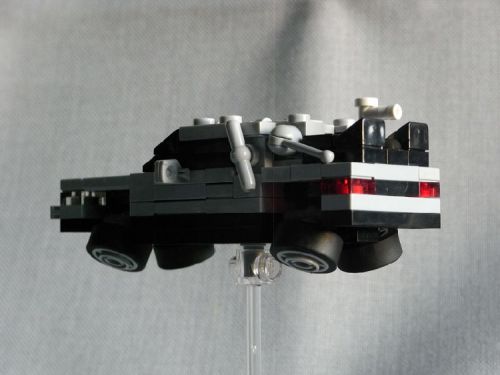 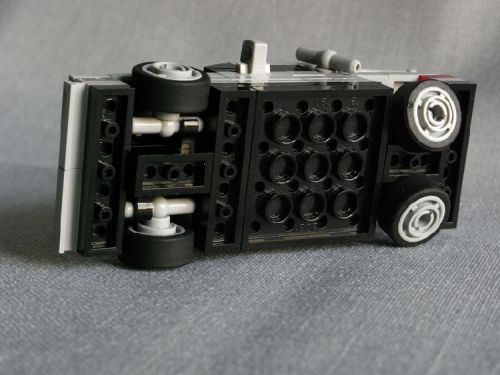 The “money shot”: This is how it works. 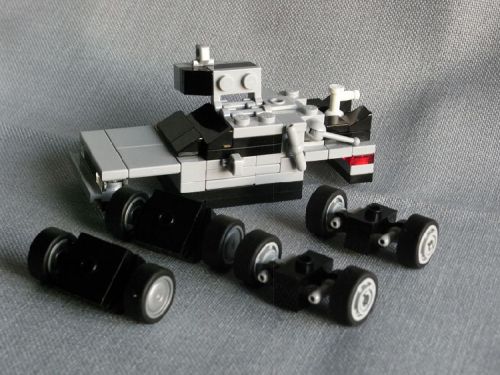 Time for another set of wheels… 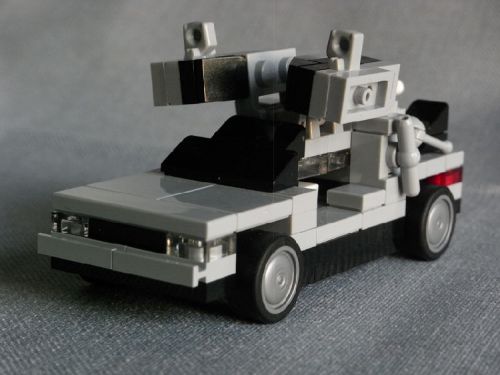 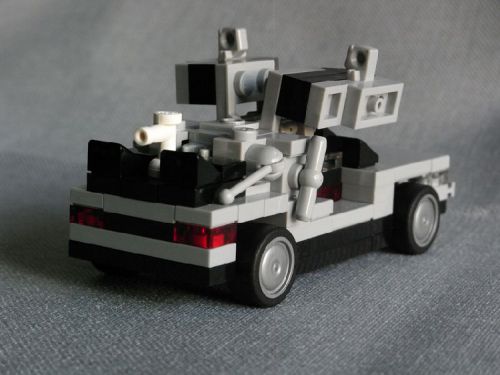 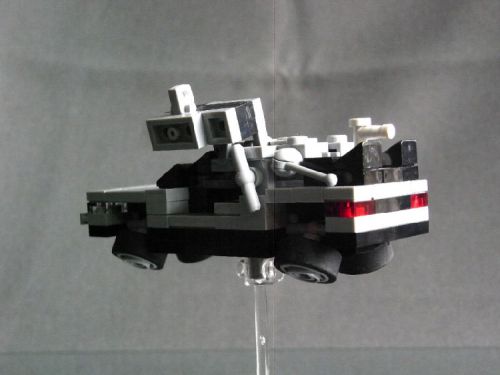 This is my 4-wide LEGO DeLorean time machine with hover mode. I hope you like it! :-)) 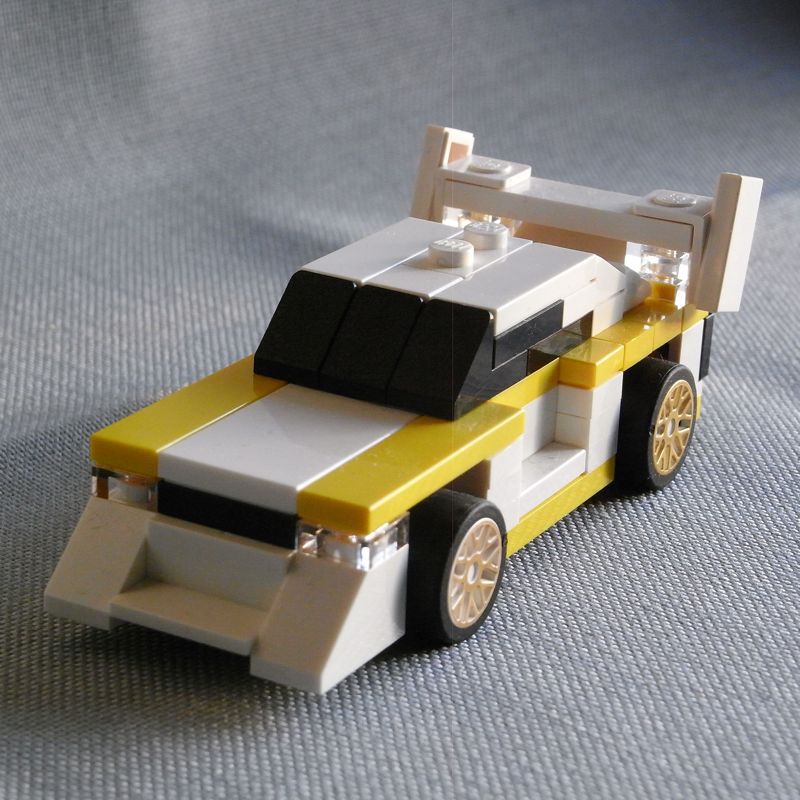 It has been a while since I posted my teaser photo for this one, so there was even time for Starscream Soundwave to post his own version in between.

I’ve been working on some details, especially on the back. The first thing I changed was the angle of the back, the 45 deg didn’t look right on the hatchback. Then I had to find a way to include the rear window. I have to say I’m still not 100% satisfied with the rear window, but I really like the rest of the model just how it is right now. So it’s time for some photos:

I started with a plain white model 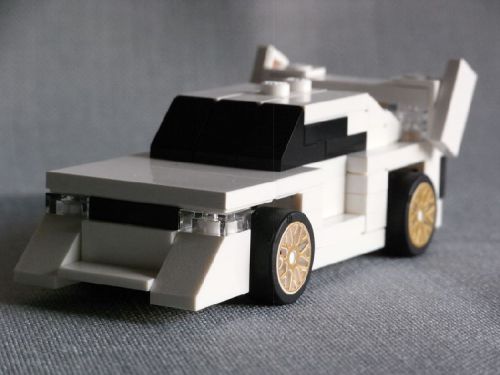 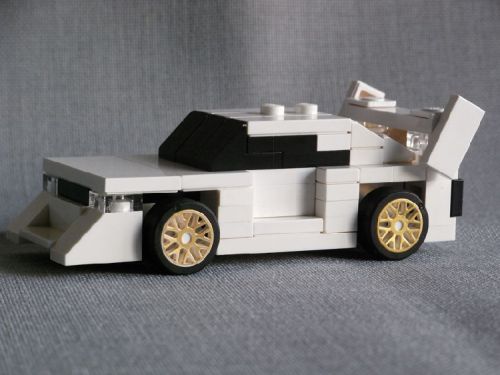 Side view: The hatchback looks a lot better this way. 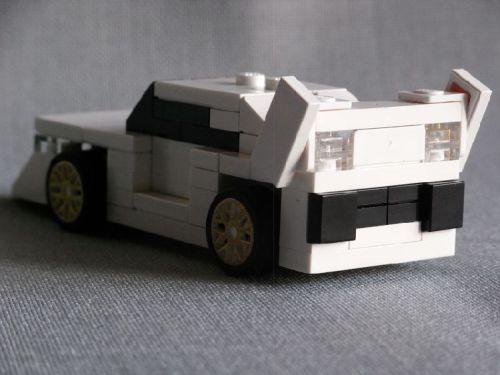 Left rear view: Black tinted tail lights, four air outlets between them and a big rear wing on the top. 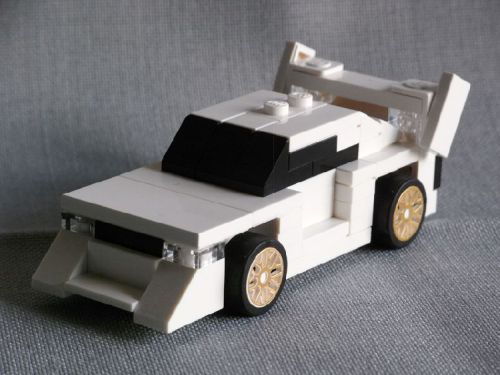 As seen on the main picture, I’ve built a version with the typical yellow stripes of the main sponsor (a German tobacco brand), too.

Left side view: I’d like to have some of the original 5-spoke Tiny Turbo wheels in white, they would have the perfect look for this one. But I think these wheels look cool, too, just like taken from a WRC Impreza ;-)) 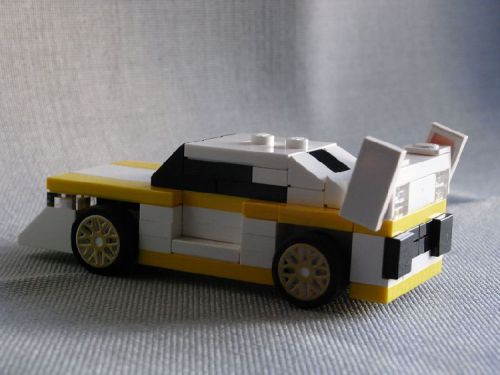 And a little look on the rear end. The rear window is a little small, but I don’t have a better idea for it right now (I’ve tried quite a few, though). 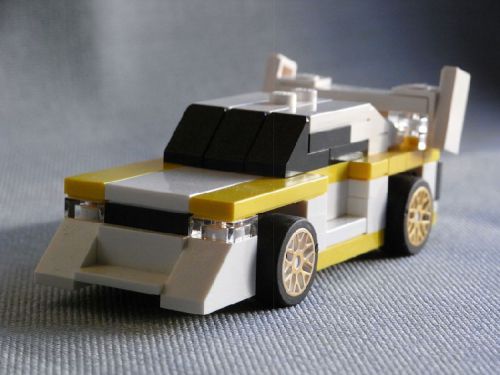 So this is my 4-wide LEGO Audi Sport quattro S1, the Group B Rally monster. I hope you like it! :-)) 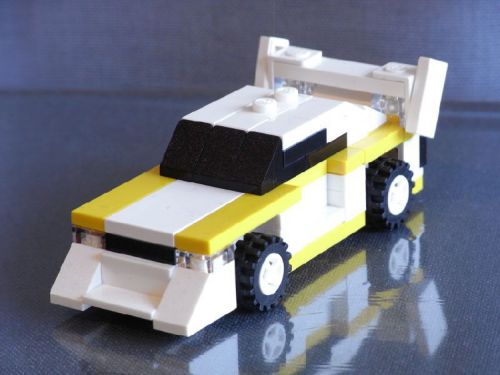 Another set of wheels for gravel roads. These are especially for the Autumn cars 2012 contest ;-))