A long needed “nose job” for the LL924 Space Cruiser plus some extra storage space.

After building LL928 for my little son a few months ago, it was time to build LL924 to  complete the first series of Lego spaceships (LL918 had already been waiting in the glass cabinet). But already during the building of the ship I realized that I HAD to change the design of the nose this time.

I decided to build a whole new wing section based on the design of LL918 and LL924. I only needed a few more plates than the original (including a pair of 45 deg plates on the wing tips) and even found the space for a complete yellow-black-yellow pattern on the wings.

And as I was already modifying the original design I decided to add some bricks and plates on the rear end to get some extra storing space.  This is the result: 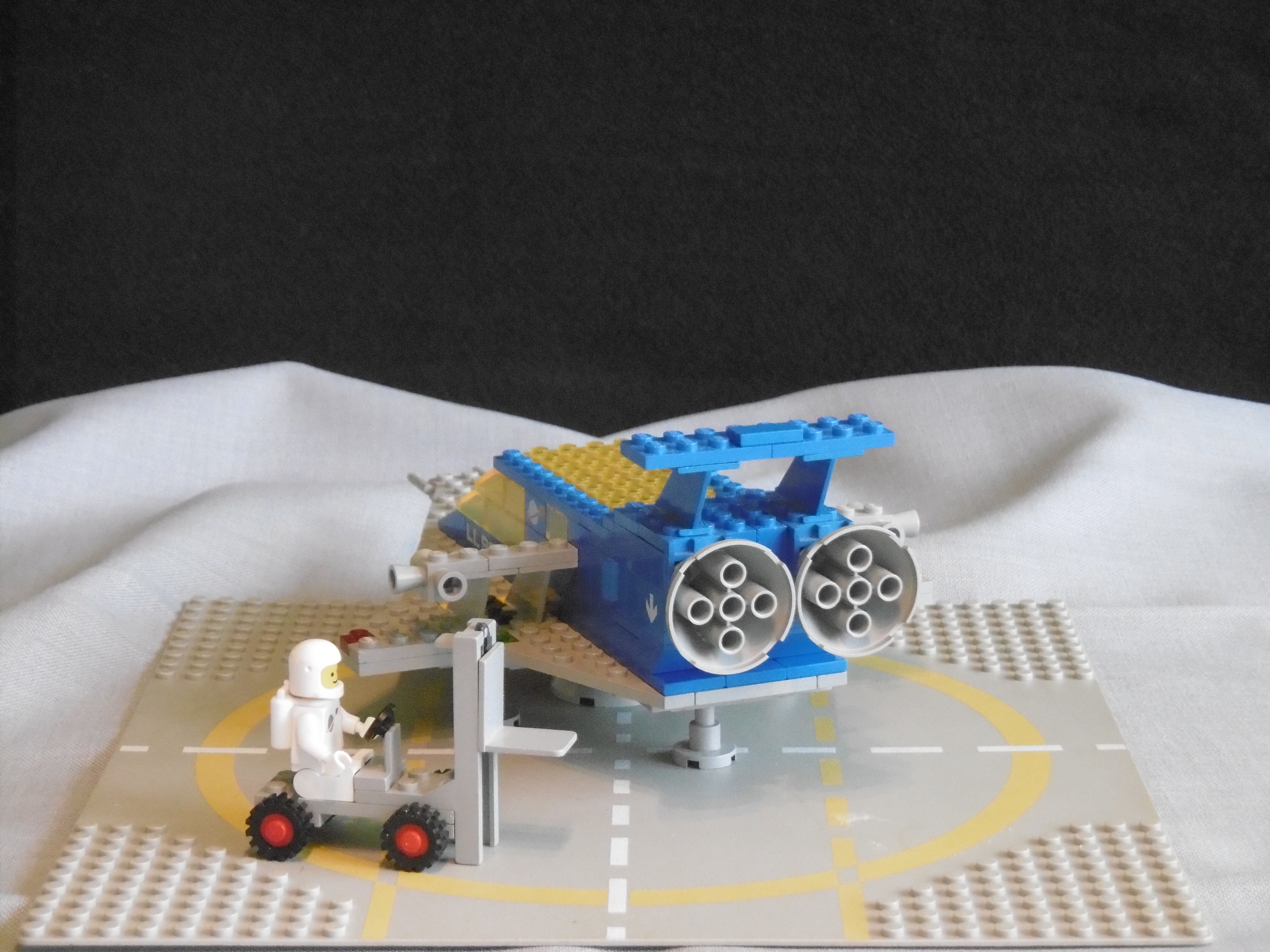 More space for the cargo, in this case a 4×4 transport pallet. 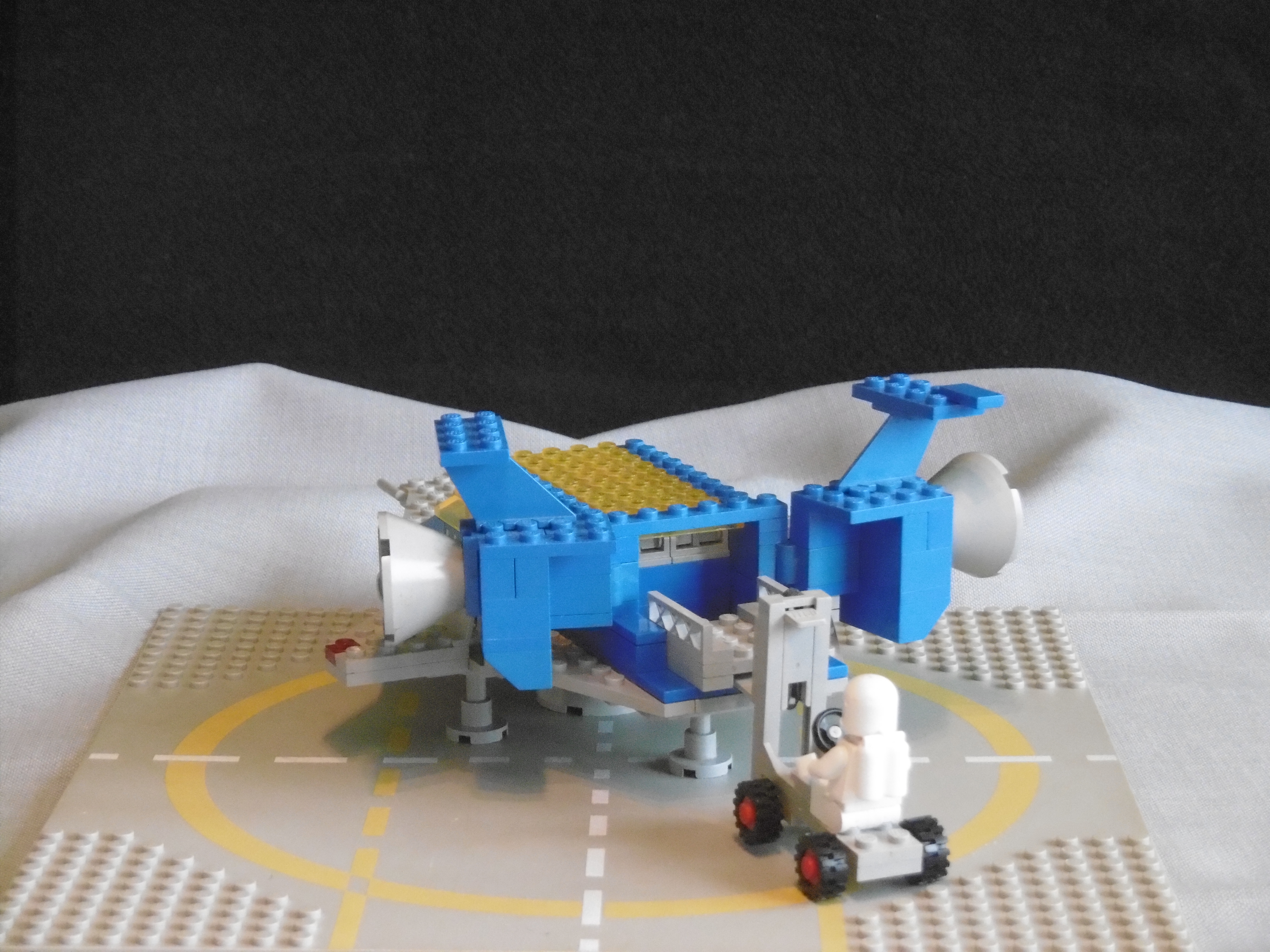 Removing the “1×2 brick” in the cargo area from the original design there is enough space for the 4×4 base plate. 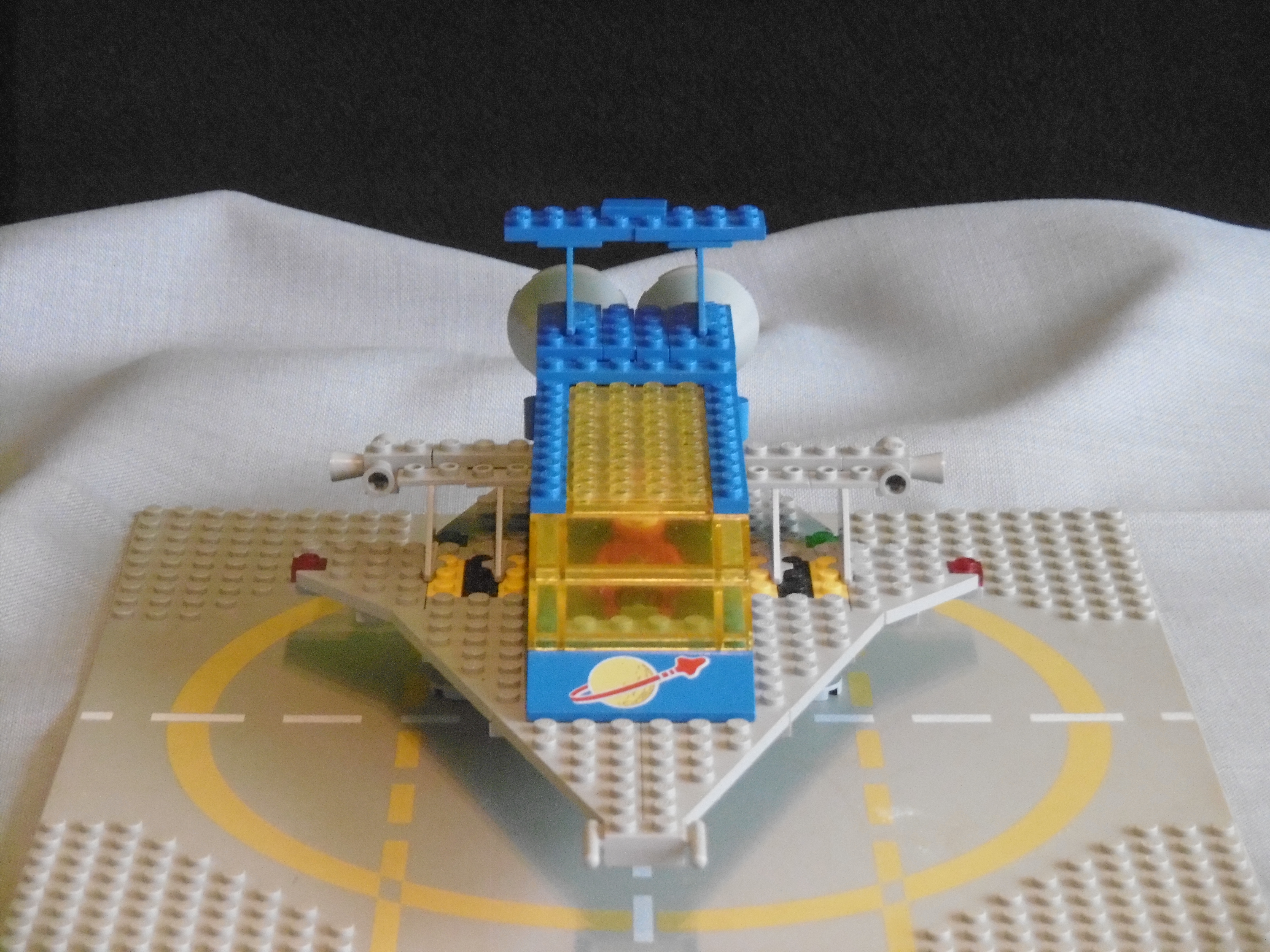 The new wing shape in all it’s beauty.

The new LL924M compared to a transport scooter with the original LL924 wing shape. 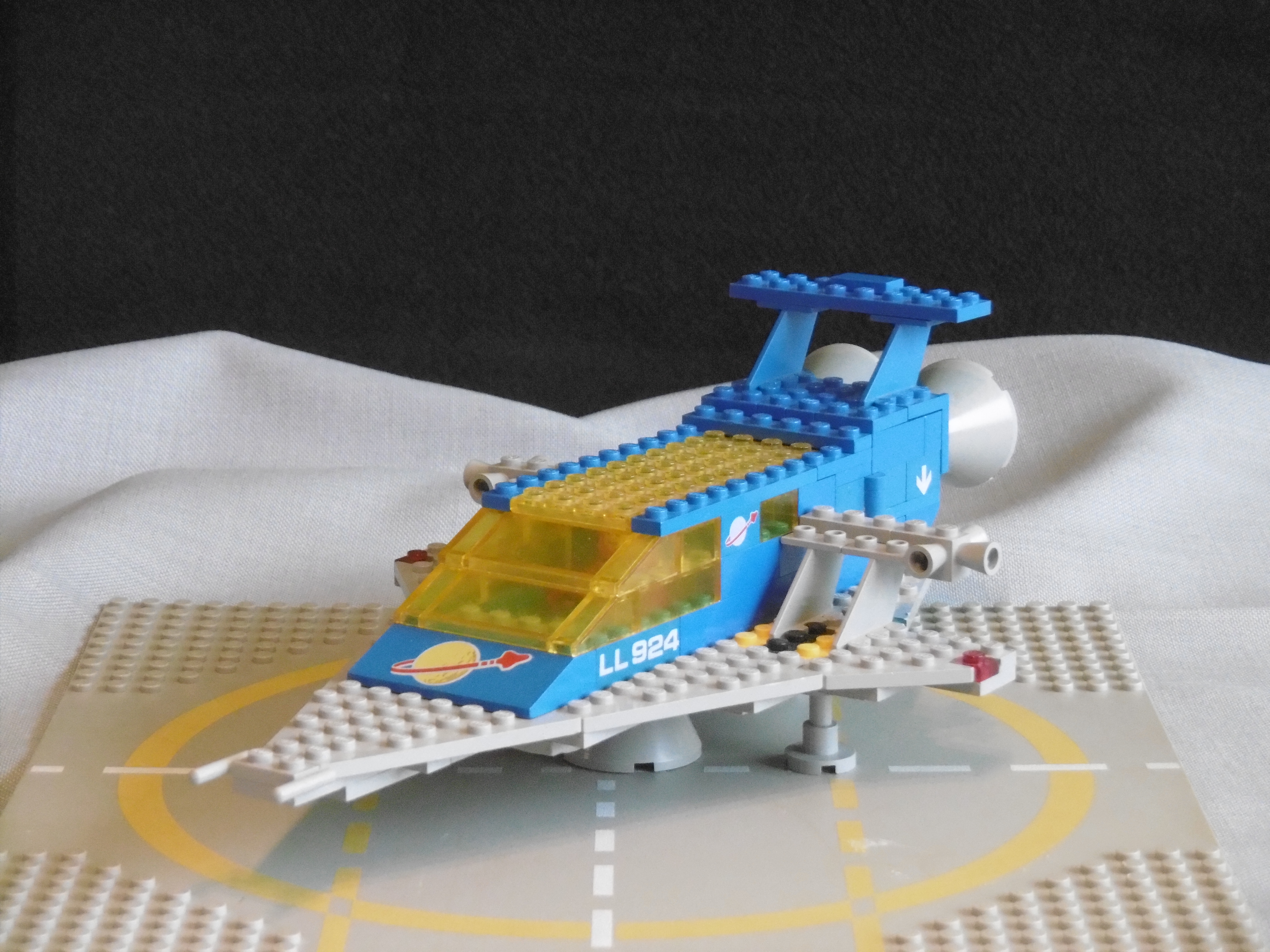