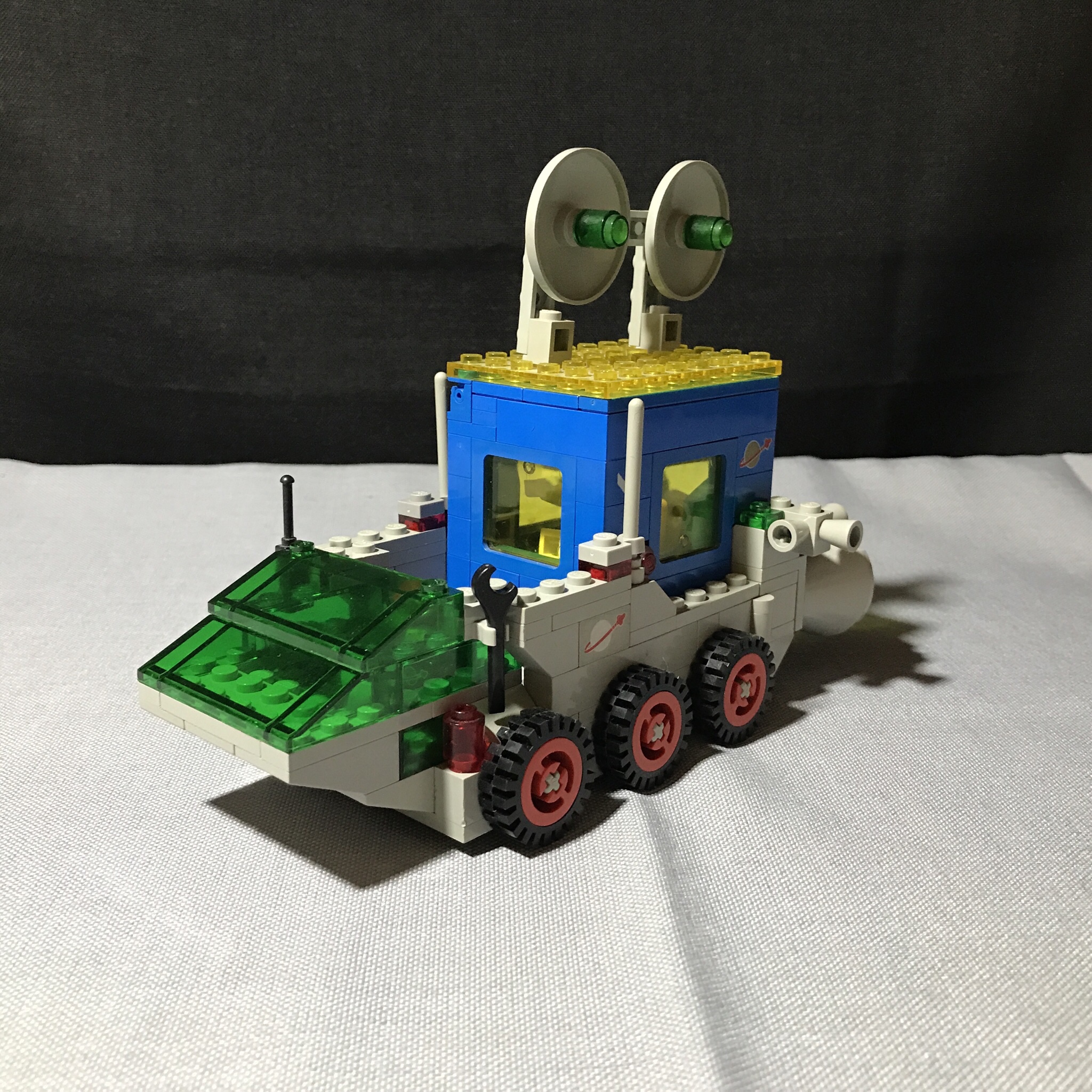 Febrovery 2020: What if the 6927 All-Terrain Vehicle would have been released one year earlier? How would it have looked like? Maybe this way: Light grey with green windows and red rims.

I always wanted to have the 6927 set and now I was lucky to get one when I bought the whole Classic Space collection from one of my earliest and best friends. It should become part of my CS Moonbase, but the white/blue colour scheme didn’t really fit into the look of the base. I had  to change the look a bit to get it right.

I still wanted to have a contrast between the vehicle and the small control station, so I chose the light grey/trans-green colour scheme from other sets from 1979/1980. The green windscreens are quite rare. I decided to order three of them in the US via BL instead of placing two or three orders in the EU.

I wanted to have a real 1980 look. With a few modifications I was able to replace the new parts from 1981. And this is it: 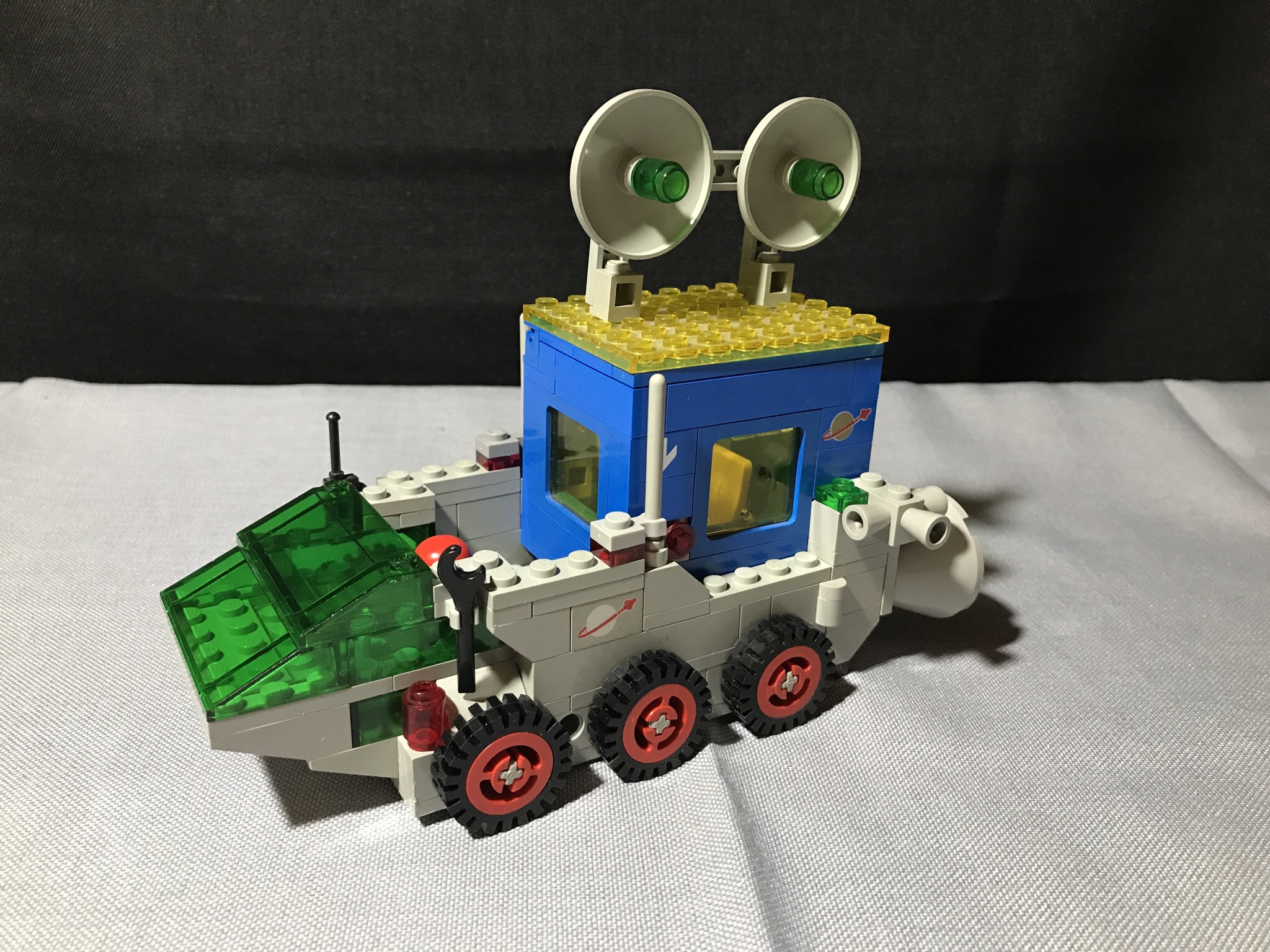 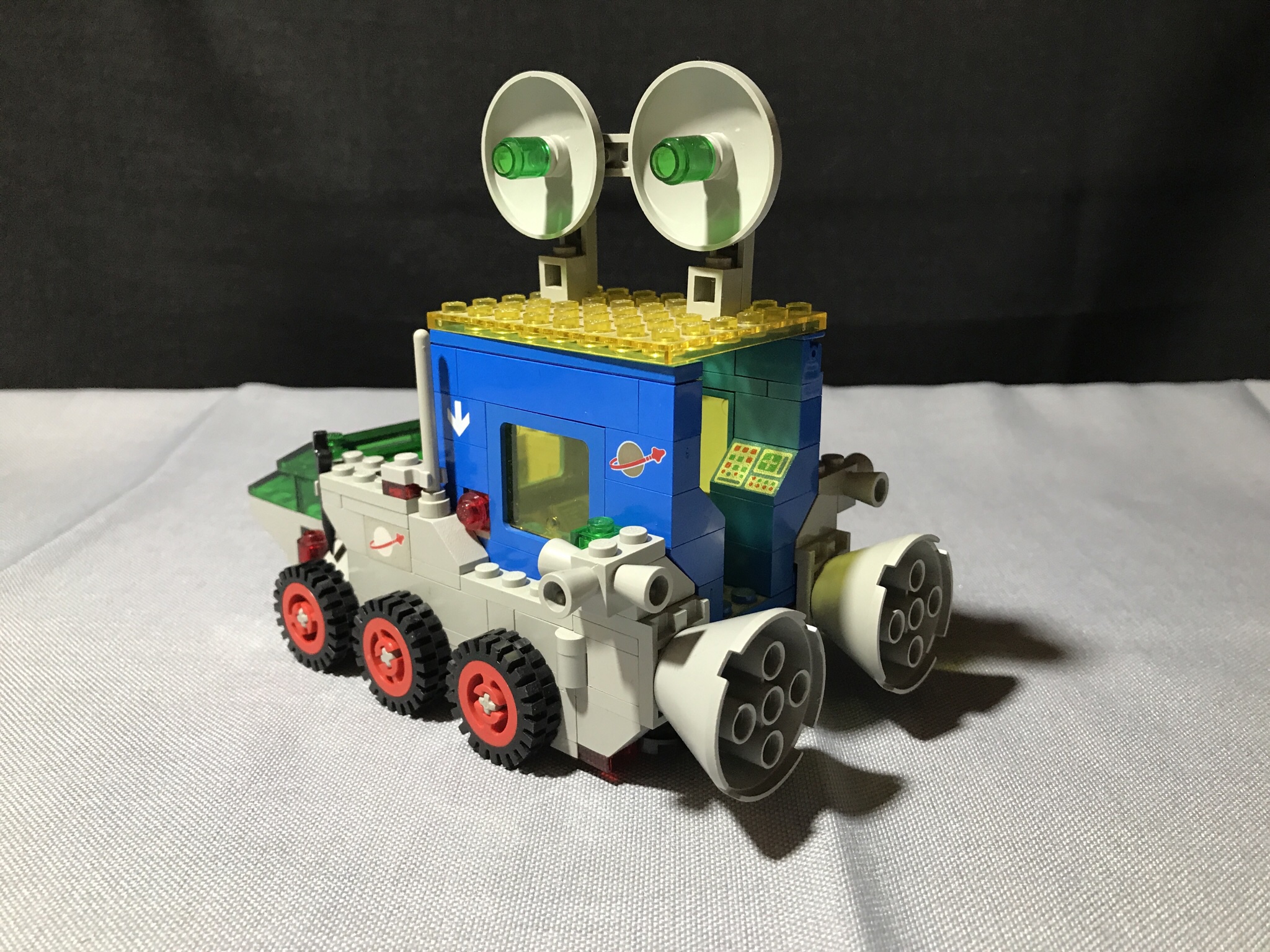 Rear left view:  The control station fixed to the vehicle. 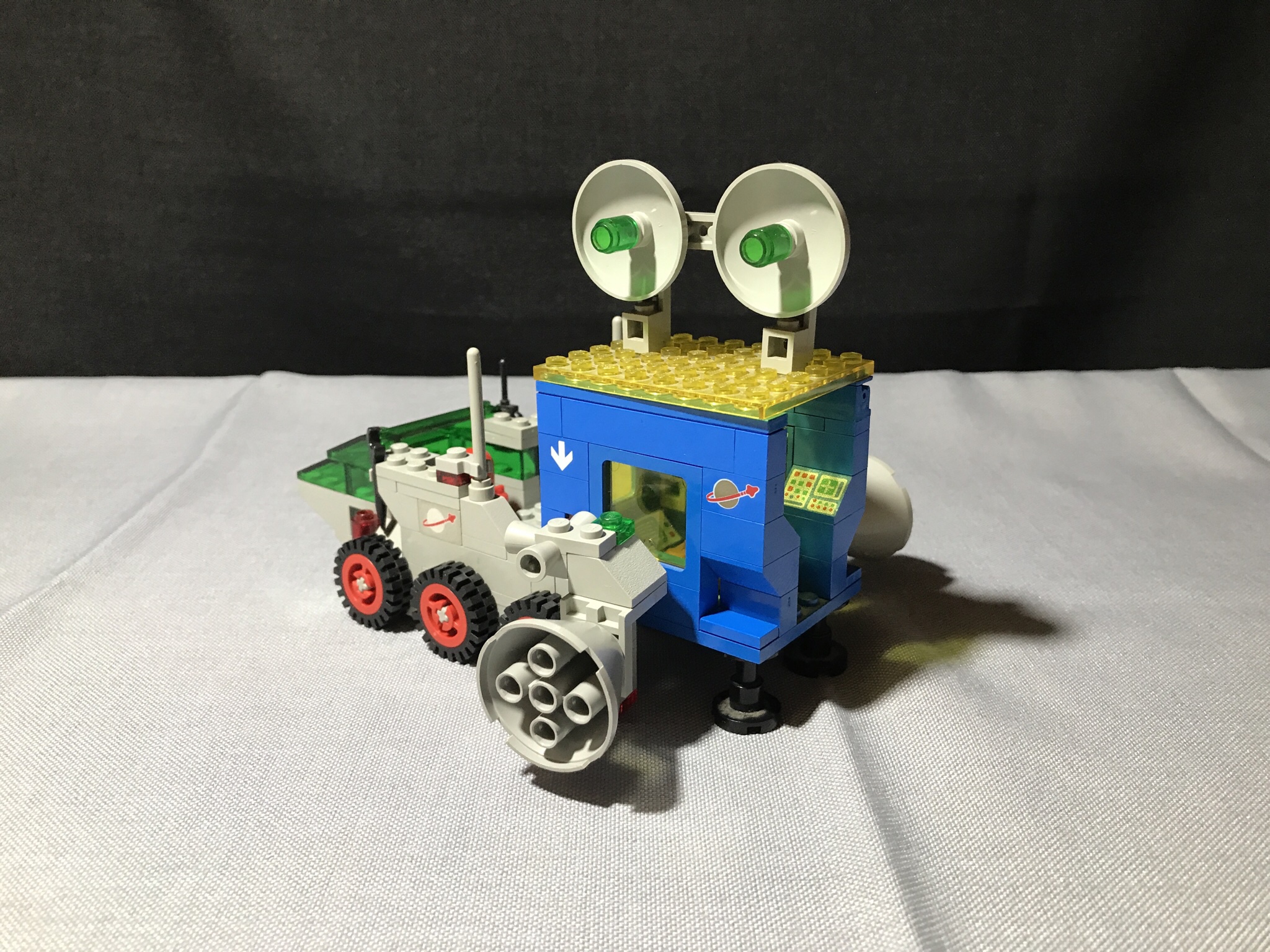 Unloading: The control station is unchanged. All parts should already have been available in 1980. 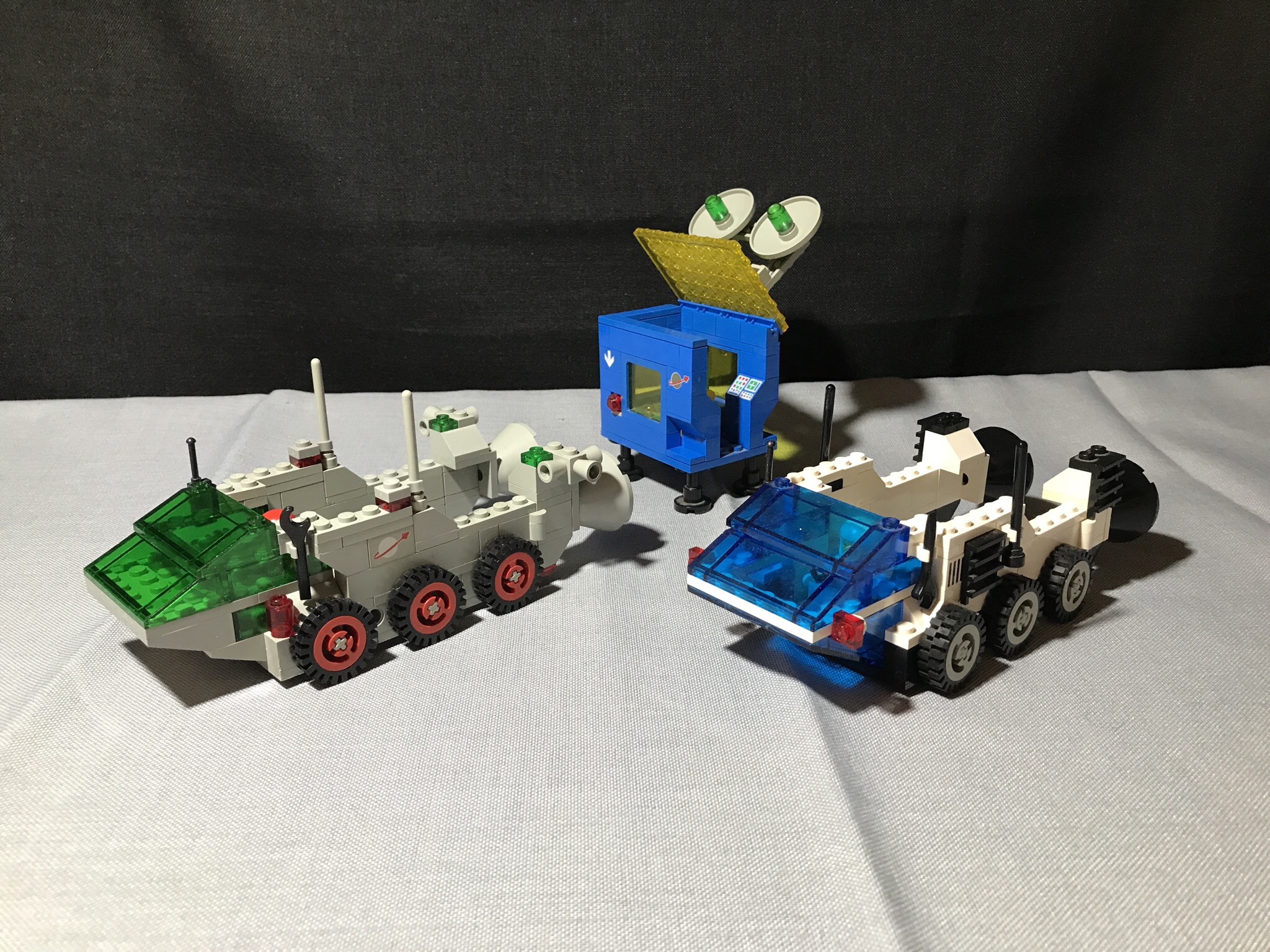 Mod vs. original: I think it looks cool both ways. The ladders were available in light grey in some train sets in 1980, but I preferred the CS logo instead. 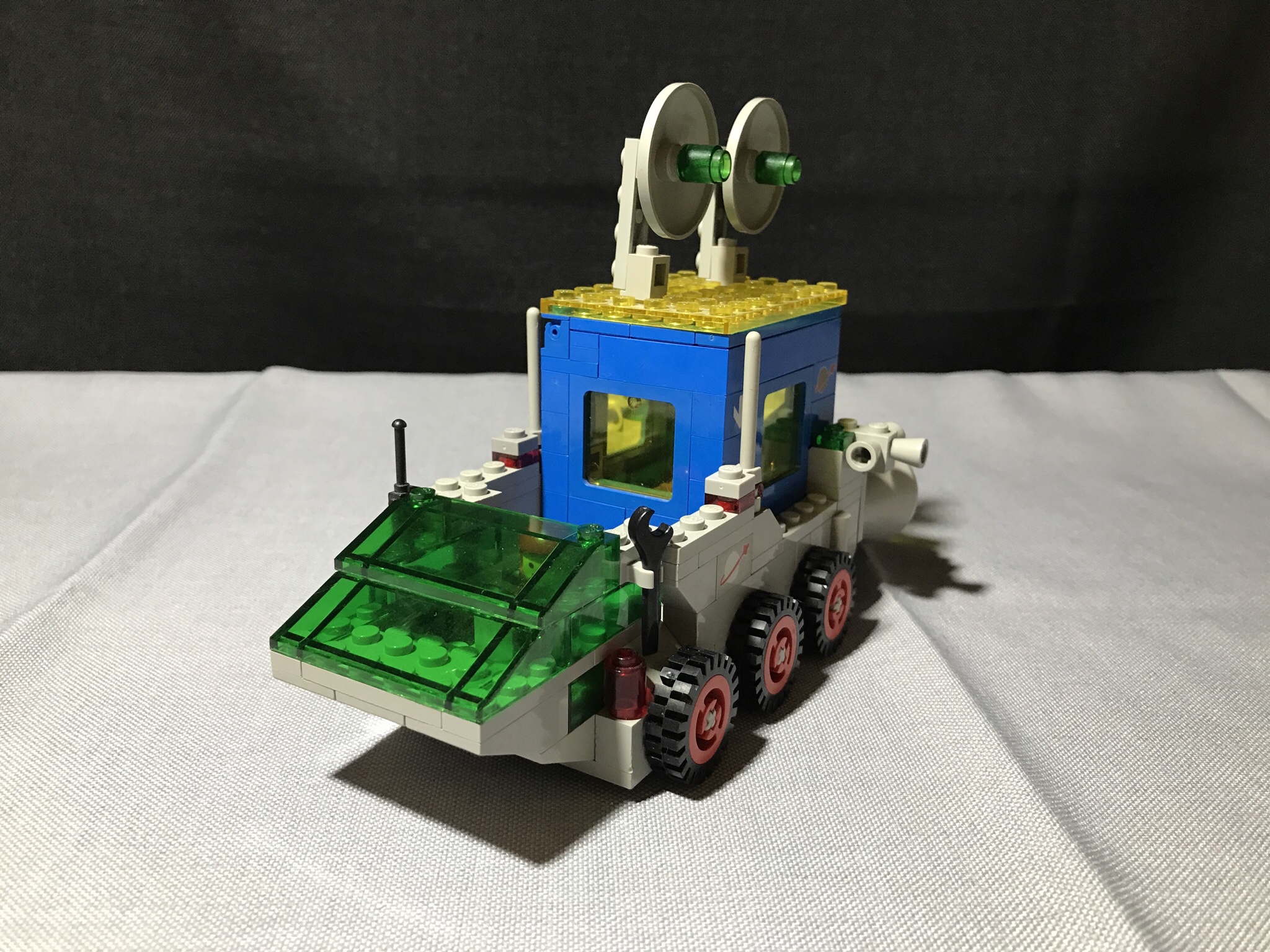