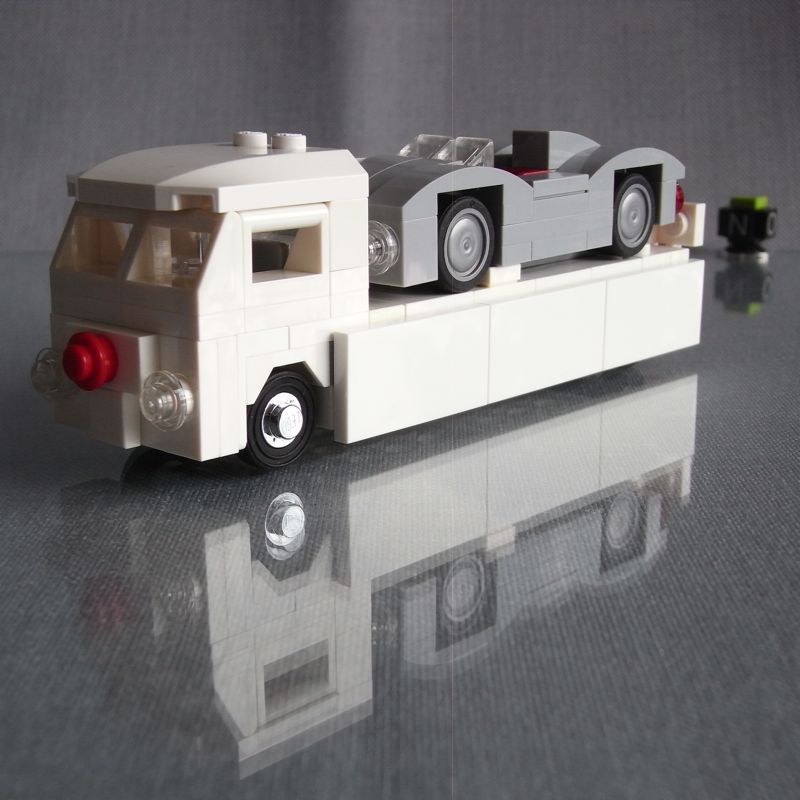 I already built the 550 spyder with the T1 Renntransporter in mind. I wanted to build this team in 4-wide scale since I first saw Senator Chinchillas fantastic big version in the Classic Race Teams group.

So this is basically a 4-wide version of his model.

I already had made some 4-wide T1, especially my small version of the 10220 Camper. So the basic design of the T1 was already there.

I wanted to have the Porsche and the T1 as 4-wide models, so I had to leave the idea of hinges for the side panels. Instead of hinges and tiles like on my earlier double cab flatbed Transporter I used three 2×4 tiles on each side. To imitate the opening of the side panels the tiles can be positioned 1 stud lower. 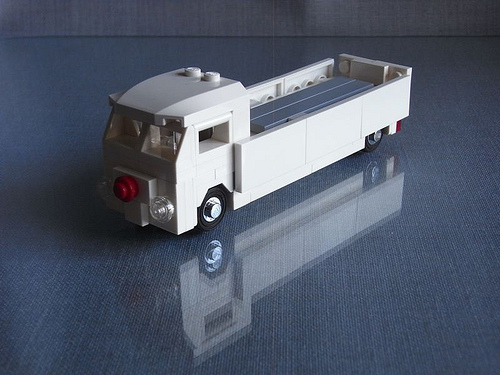 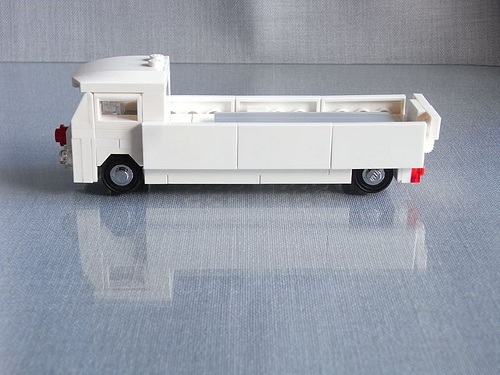 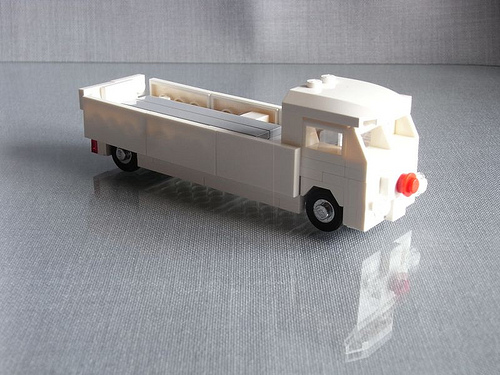 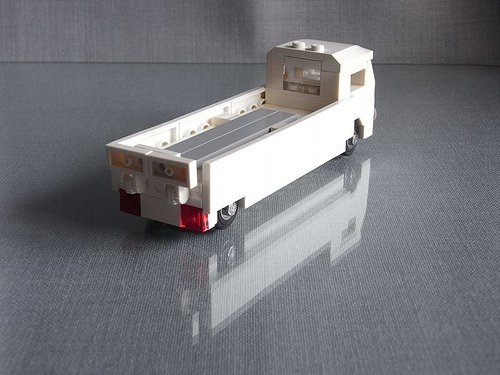 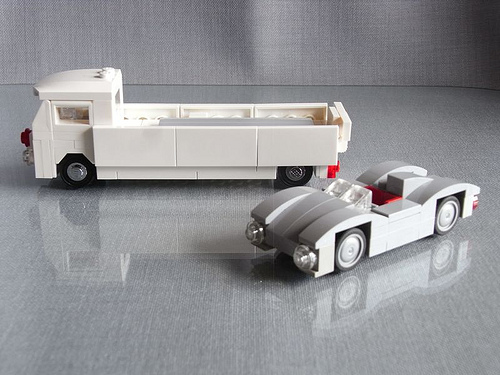 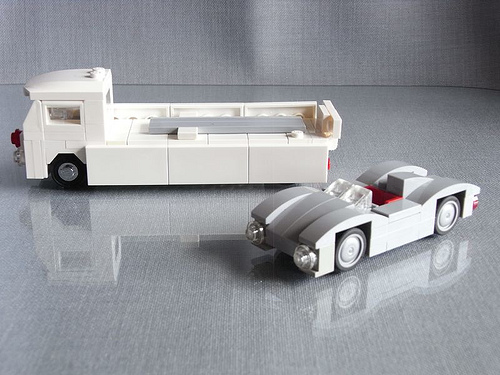 On the flatbed between the wheels of the loaded car there is room for two 1×8 tiles. 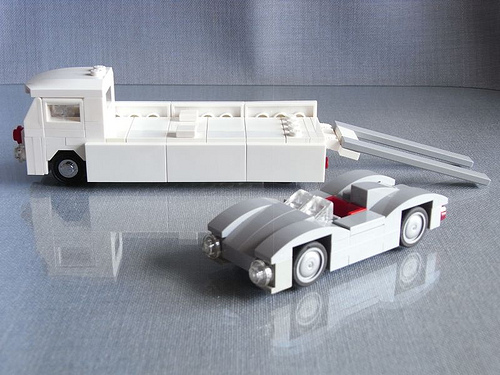 The tiles can be used as rails for a ramp to load and unload the Transporter. 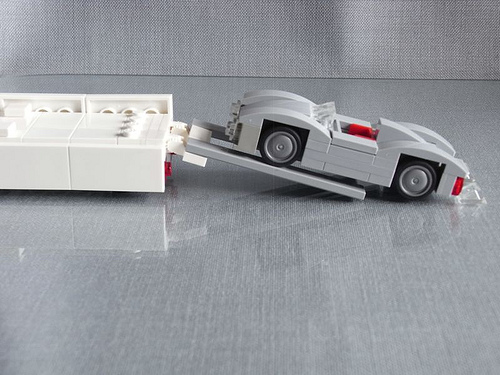 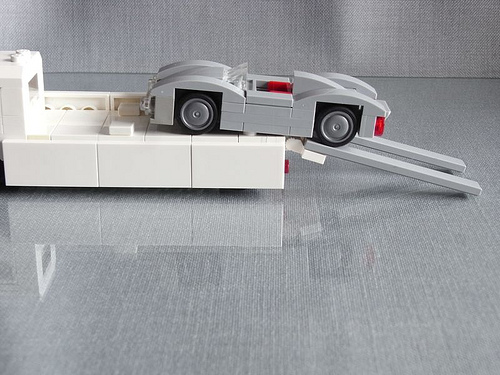 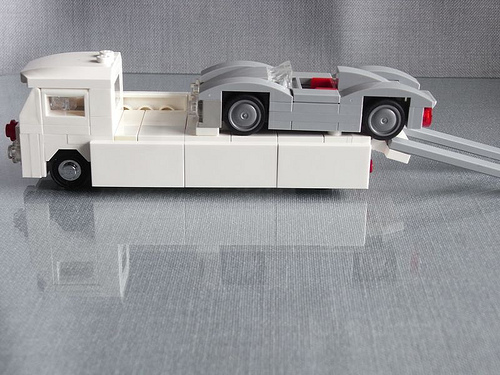 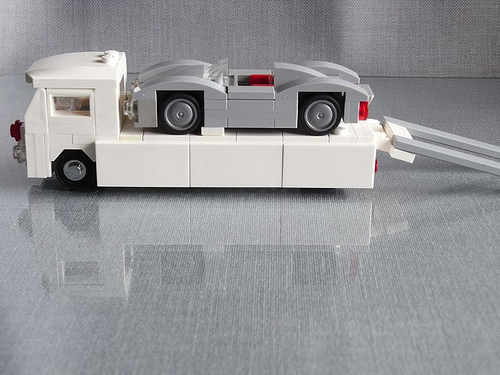 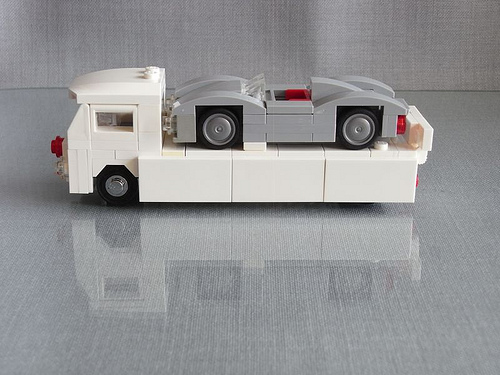 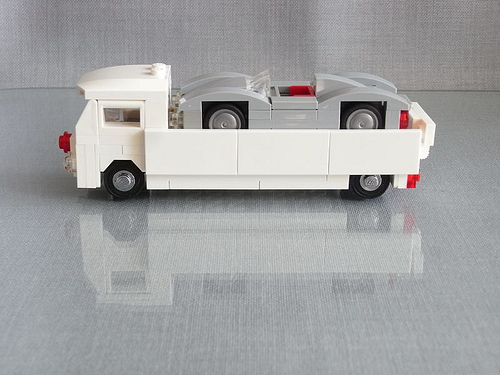 And there it is, ready to go…

Credits: Please take a look at the 4-wide T1 models built by Isaac, Hot Rod, Dylan, Klingus and Ben and you’ll find one or another detail I used on this model. 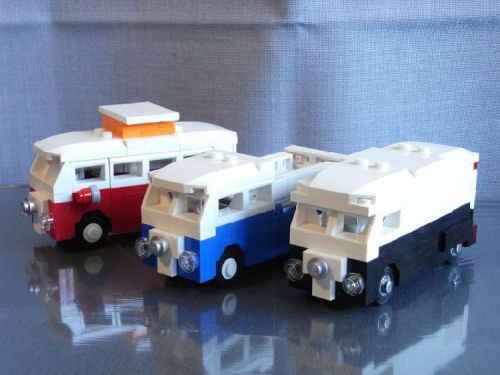 The rest of the Volkswagen T1 family: Camper, Flatbed Transporter and Panel Van. 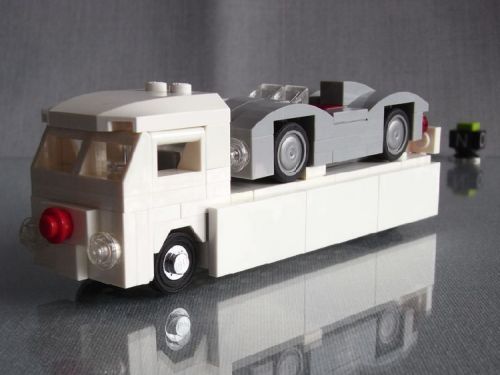 So this is my VW T1 Renntransporter as used by the Rennstall Bunker. I hope you like it :-))