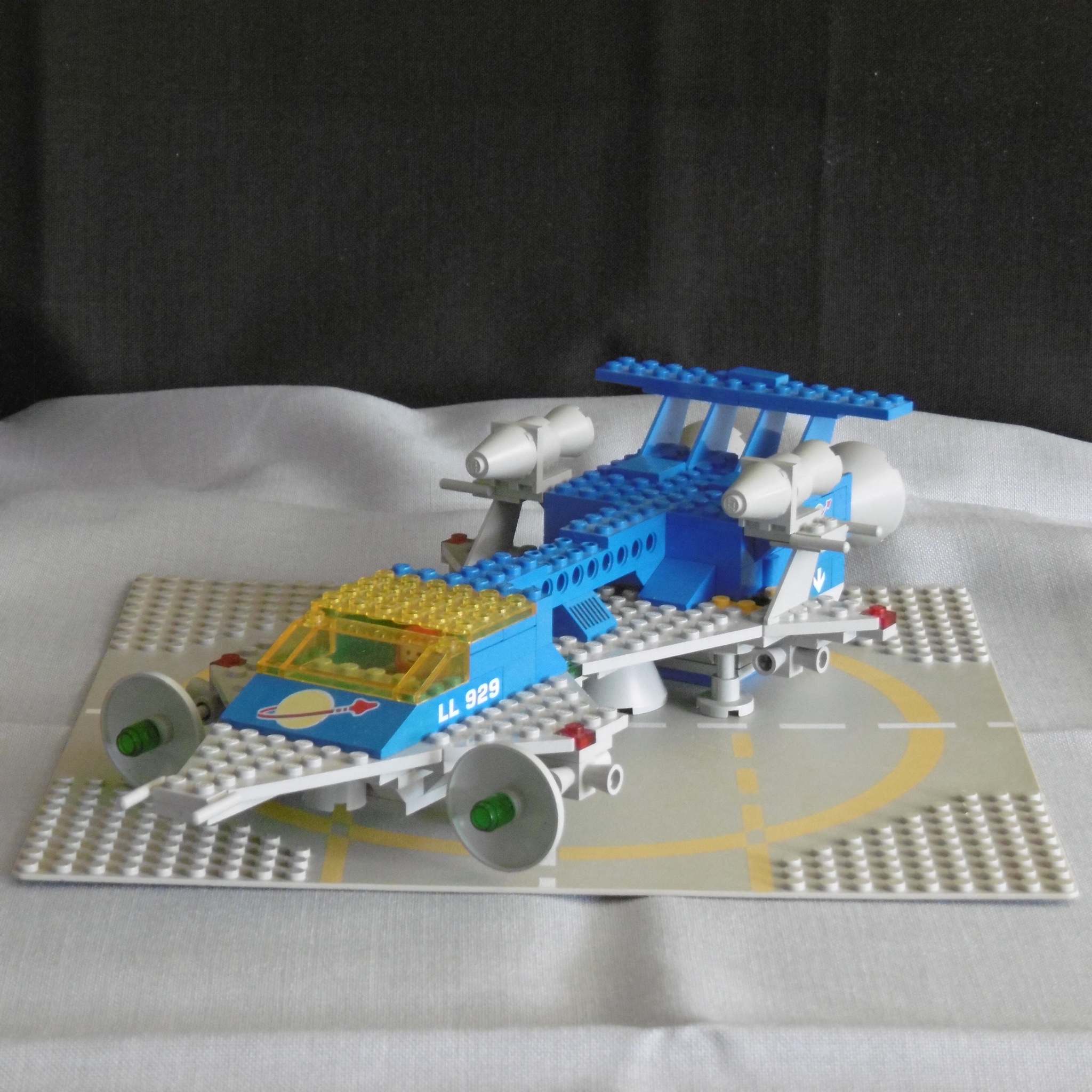 My 1979 version of the iconic Starfleet Voyager.

The Starfleet Voyager was one of the Lego model I always wanted to have. My cousin had one, one of my friends, too, but I didn’t.

A few years ago I found out that my brother did also “have” one, in a weird kind of way: He had the infamous 1593 “Super Model”, a quite ugly spaceship made with the parts from the Starfleet Voyager and the 6880 Surface Explorer. I didn’t know that before, but back in the early 80s it wasn’t easy to get the building  instructions, either.

Now I had three ideas: I could search in my CS boxes for the parts (I’ve traded my Playmobil with my brother’s Lego a few years ago, so his parts are now mine). I could also buy a set on Bricklink. And last, but not least, I could build a modified version of the model using the iconic grey/blue/trans-yellow colour scheme from 1979/1980. As you can see, I chose the third idea.

But I didn’t just want to replace the trans-blue parts with trans-yellow ones and the white parts with blue ones. I tried to modify the design in a way that the Starfleet Voyager looked like a member of the original 1979 space fleet. For that I also eliminated all the parts that were new in 1981 and replaced them with parts available in 1979.

Finally I bought a set of custom printed bricks with “LL 929” Lettering. In fact, the original Starfleet Voyager has the set number 6929. So after the change to 4-digit model numbers and all Space models starting with a six, it is the legitimate “LL 929”.

And now it’s time for some photos:

The cockpit section is new, with one more brick in height above the wings and one less below. 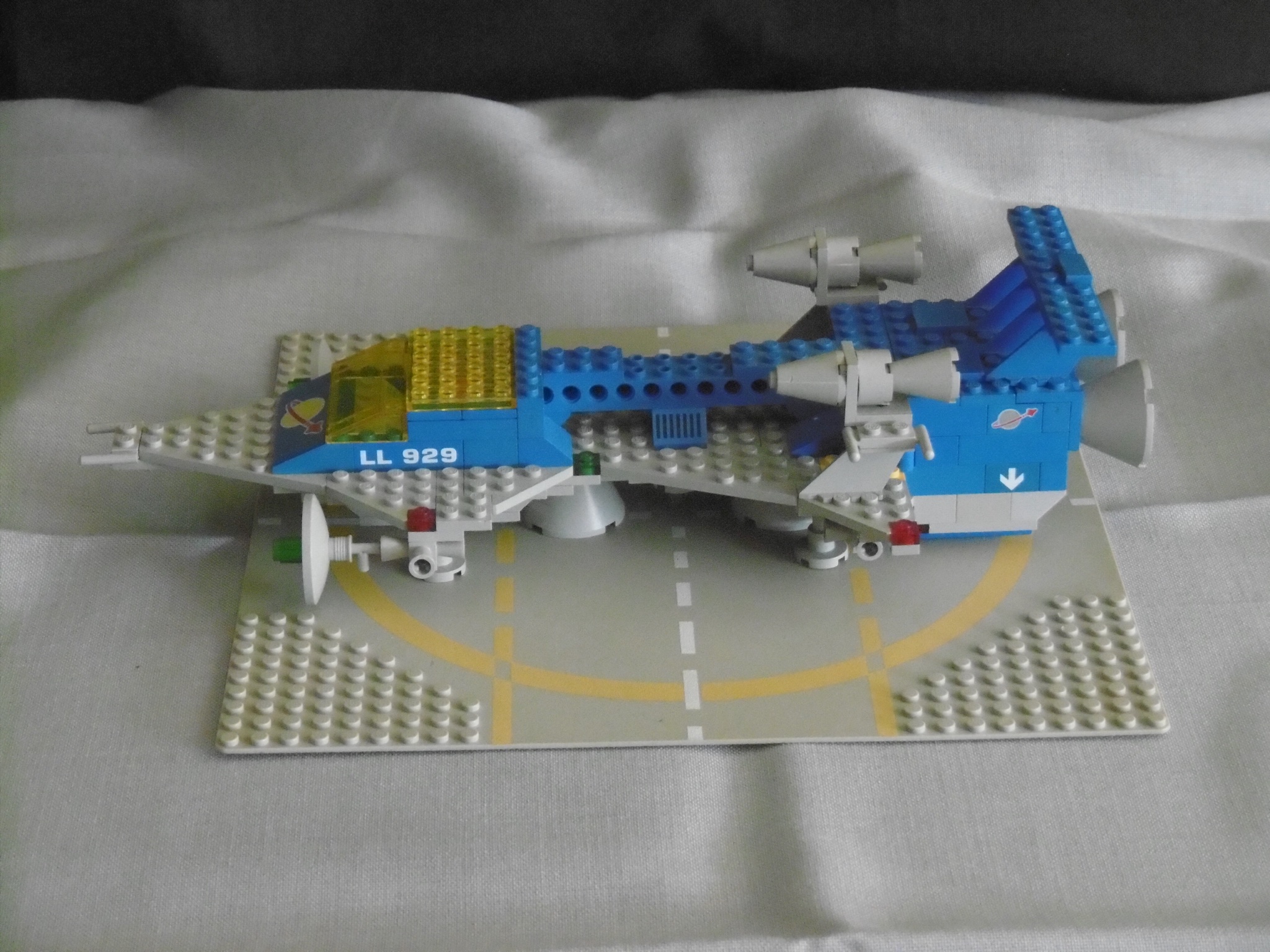 The “backbone” is new, too. I chose to use Technic beams to create a more rigid structure. I also changed the wing shape of the rear part replacing a pair of 4×4 wedge plates with a pair of 4×8 ones. 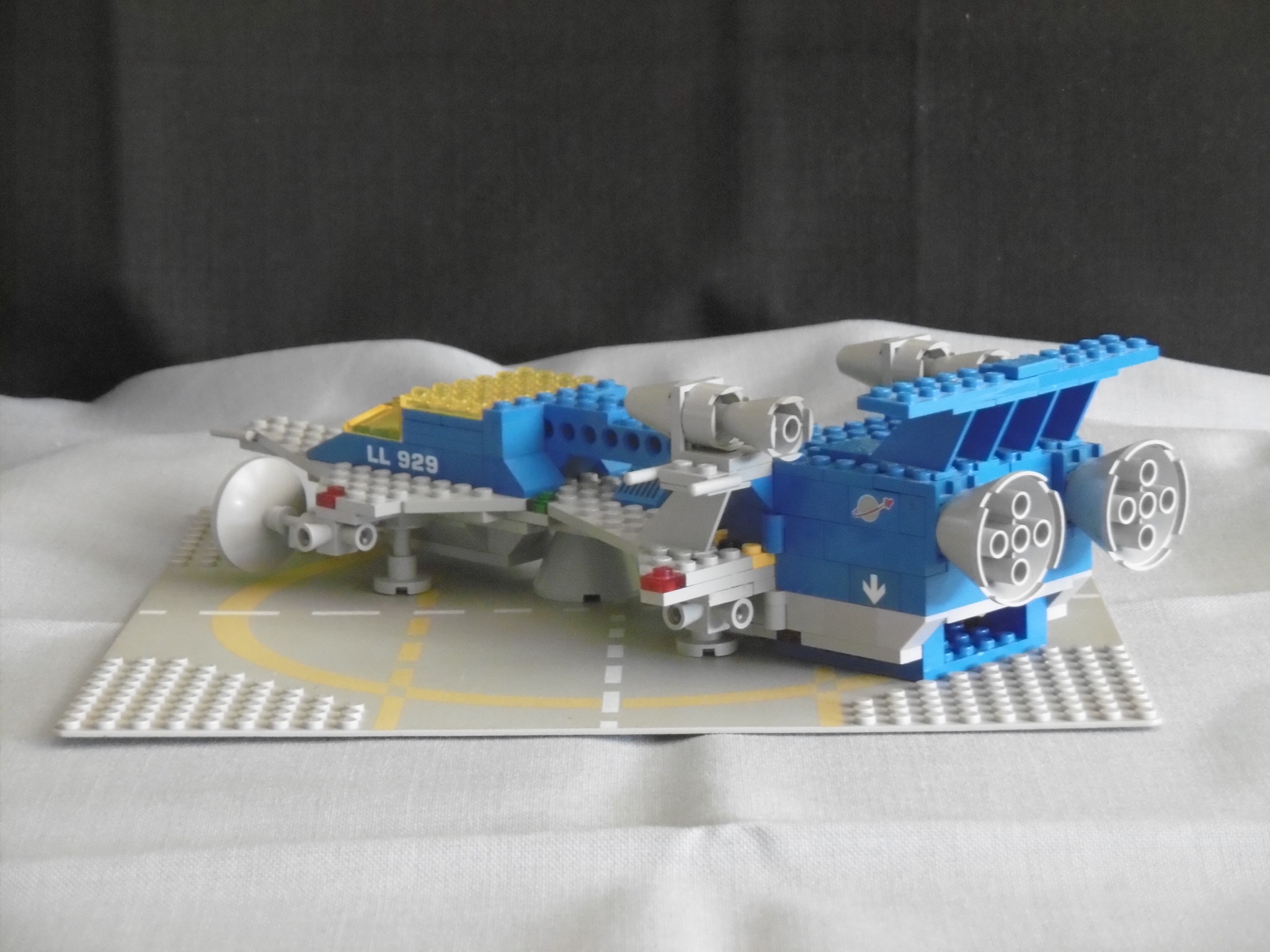 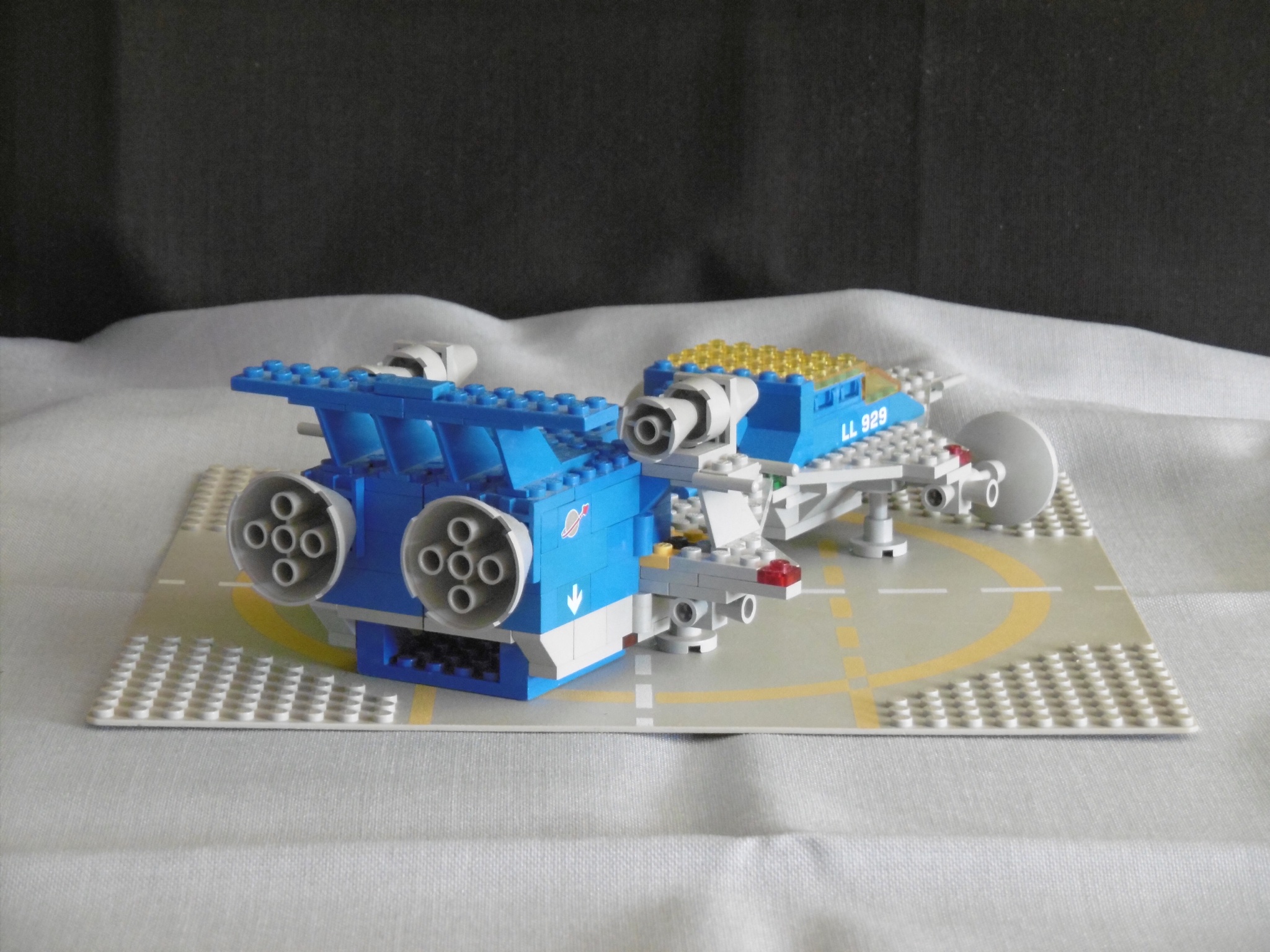 The cargo area looks quite the same as on the original model. I only changed the inner supports for the cargo box to create room for bigger boxes. Instead of a 4x6x3 box the ship can now carry a 6x6x4 box without changing the exterior shape. 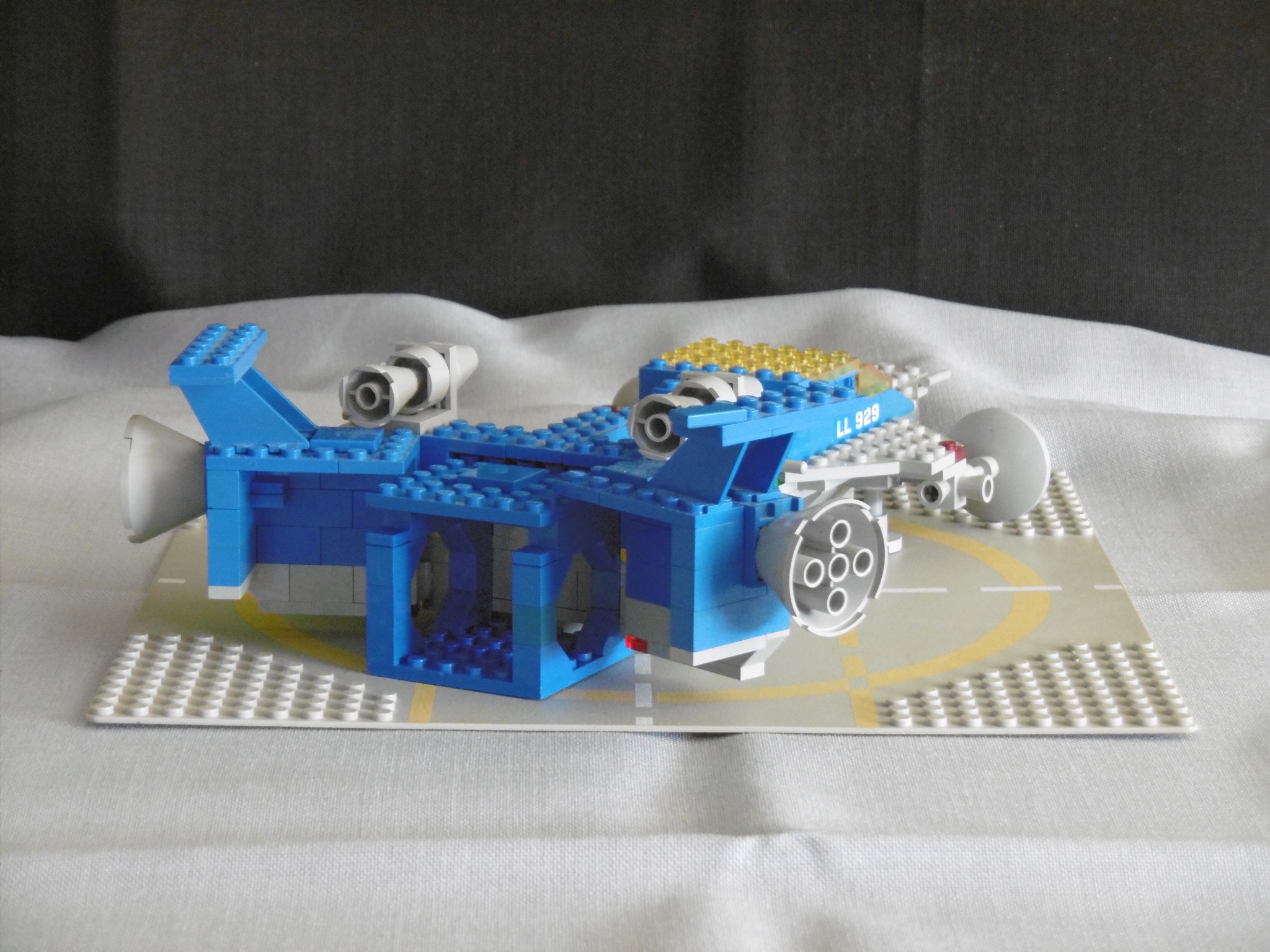 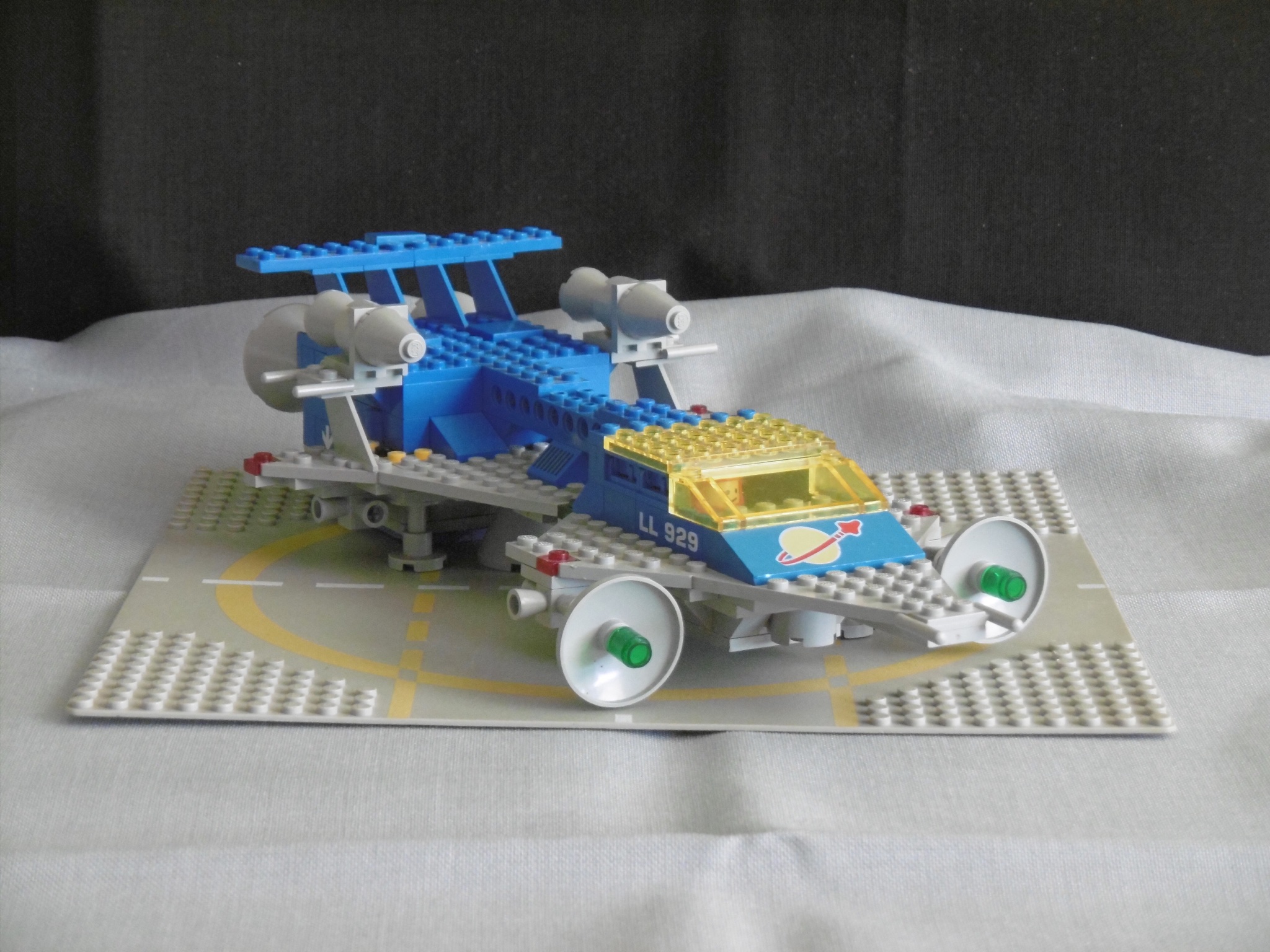