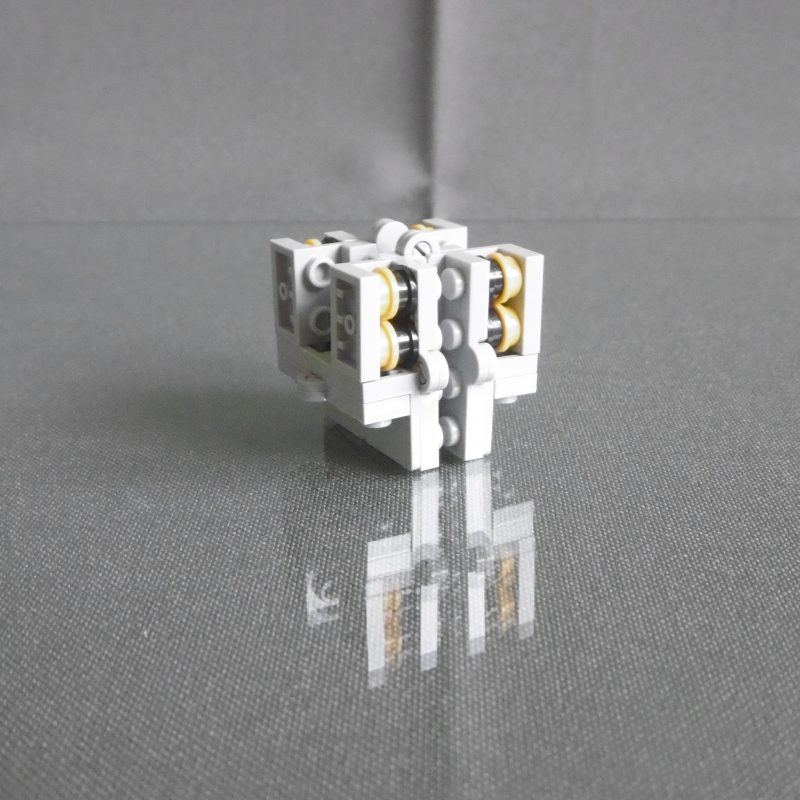 A basic “skeleton” for new design variations based on my Magic Folding “Fidget” Cube.

“Fidget Toys” have become quite popular ultimately and with all those spinners and tiny cubes on the market Lego fidget toys did get some attention, too. One of those Lego toys is a folding cube based on promotion picture cubes.

My Lego version is from 2014 and you can find quite a few of similar (or even identical) cubes sold as fidget toys in online “brick” shops.  I don’t know if they are copies, built by “reverse engineering” based on my cube or simply parallel developments based on the same ideas I had. But they exist and look just like my one.

Anyway, I thought I could go a step further with the design of the cube. A comment on my original cube on flickr inspired me to make a more interesting version that didn’t look just like “a cube”.

First of all I analyzed the design of the cube looking for the parts that were really needed to make it work. The result was a working “skeleton” of the cube which wasn’t more than the hinge plates, the SNOT brackets and a few plates as “connectors” between them:

Based on this skeleton cube I found four variations of the basic design (A … D) with the pivot points at the same positions but with some different details (changes marked with orange parts). Each of the designs has six folding steps (1 … 6) so you get 24 different versions of a symmetrical cube or cuboid that you can use as a base for a foldable micro scale Lego model: 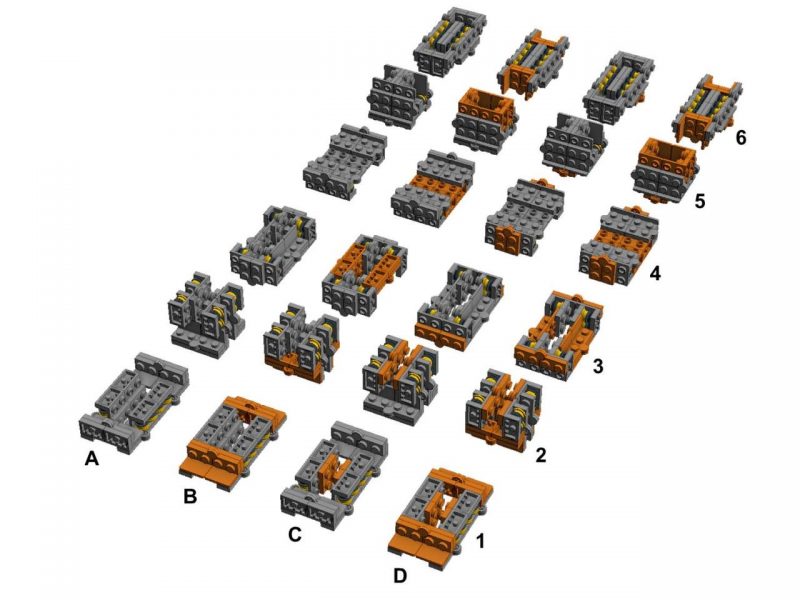 Each of these “skeletons” has a lot of free space for new folding cube designs. The 1×1 round plates (black and yellow in the “skeleton” model) can also be replaced by any parts that can fill a 1x2x2/3 gap.

And there will be even more possible variations if you apply the “orange” changes only on one side of the cube/cuboid creating a non symmetrical “skeleton”.

After all you have a lot of possibilities to build some cool stuff around it. 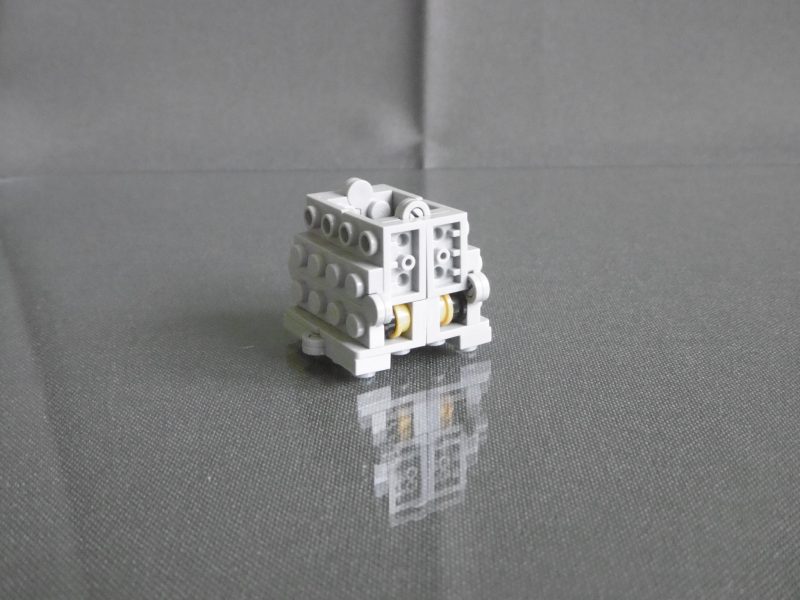 So this is the basic skeleton for my Lego Magic Folding “Fidget” Cube. I hope you like it! :-))

Feel free to use it for your own folding cubes.
Credits would be appreciated if you did so ;-)).