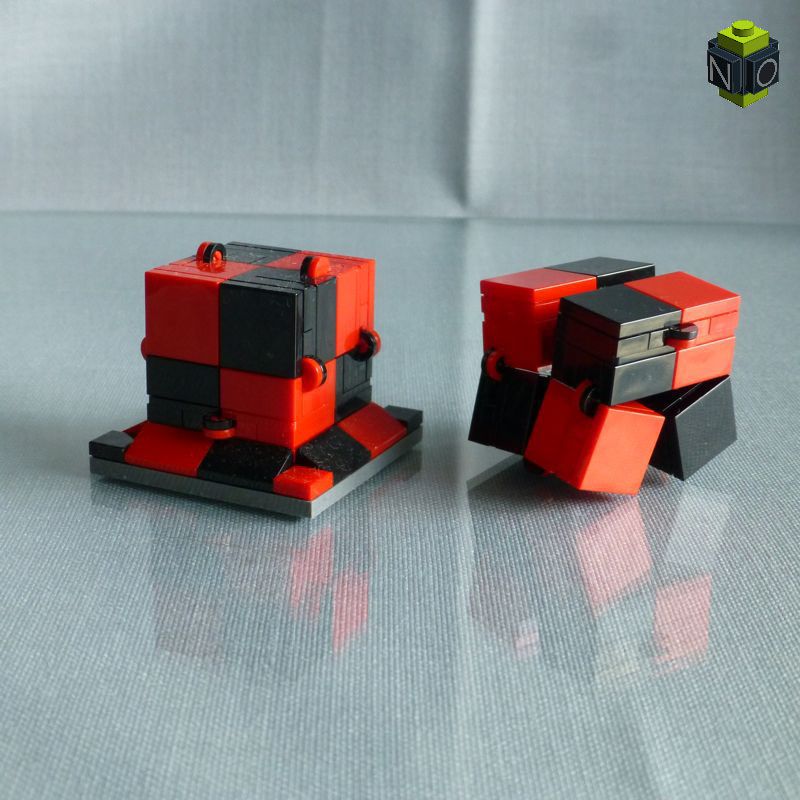 After some other 3D Lego Puzzles I had the idea to build a “magic folding cube”. Cubes like this are often used for promotional or merchandising purposes. I have a picture cube from the first “Lord of the Rings” movie which works the same way. It’s not really a puzzle when you play with it, but it was a puzzle to build ;-)).

The idea was to build it as small as possible with an edge length of two studs for the eight “sub cubes”. The only possible hinges for such a cube were 1×4 / 2×2 hinge plates. I analysed the position of the hinges on my picture cube and tried to transform them into a working Lego model. I tried a lot of SNOT elements which all didn’t work. Then Lego released a new inverted 1×2 / 2×2 SNOT bracket and the folding cube worked with it ;-)).

I wanted to put a black and white “checkered” pattern on the cube, just like I had done with my Soma Cube before. But the brackets only existed in black, grey and red, so I chose a black and red pattern instead. For that I seperated the hinge plates and recombined them. 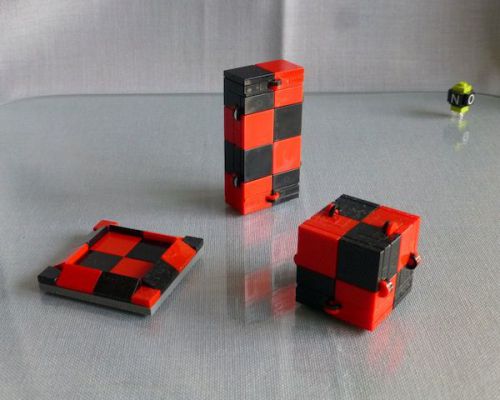 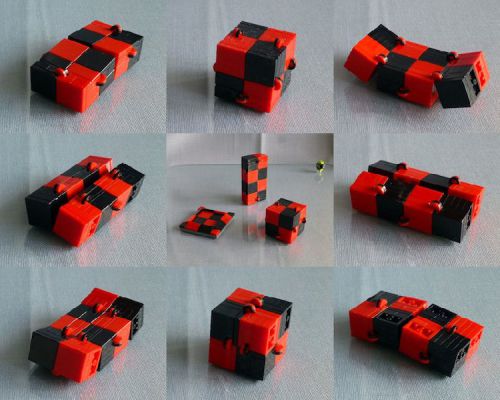 The “snake” of cube segments: 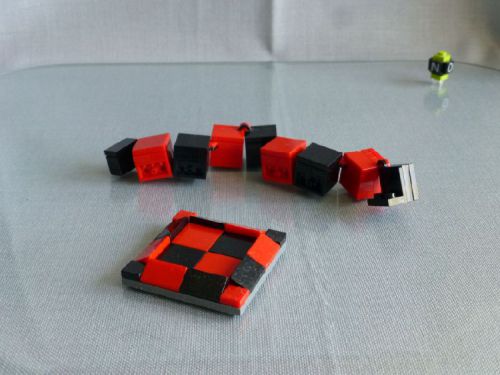 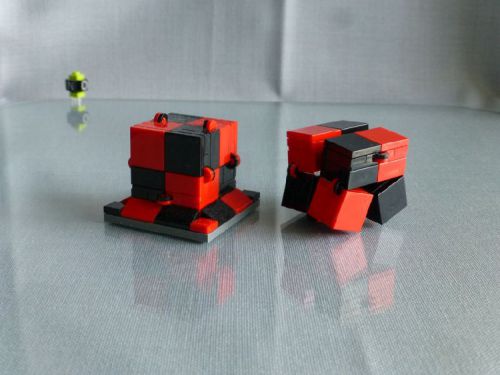 So this is my magic Lego folding „Fidget“ cube.
I hope you like it :-)) 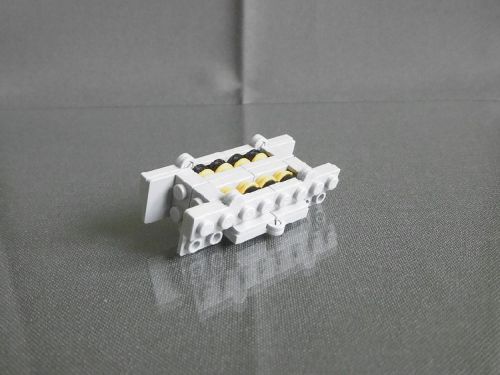 You can find additional information about the basic structure (the “skeleton”) of the folding cube here on MOCpages. An LDD file with many variations of the design can be found there, too.