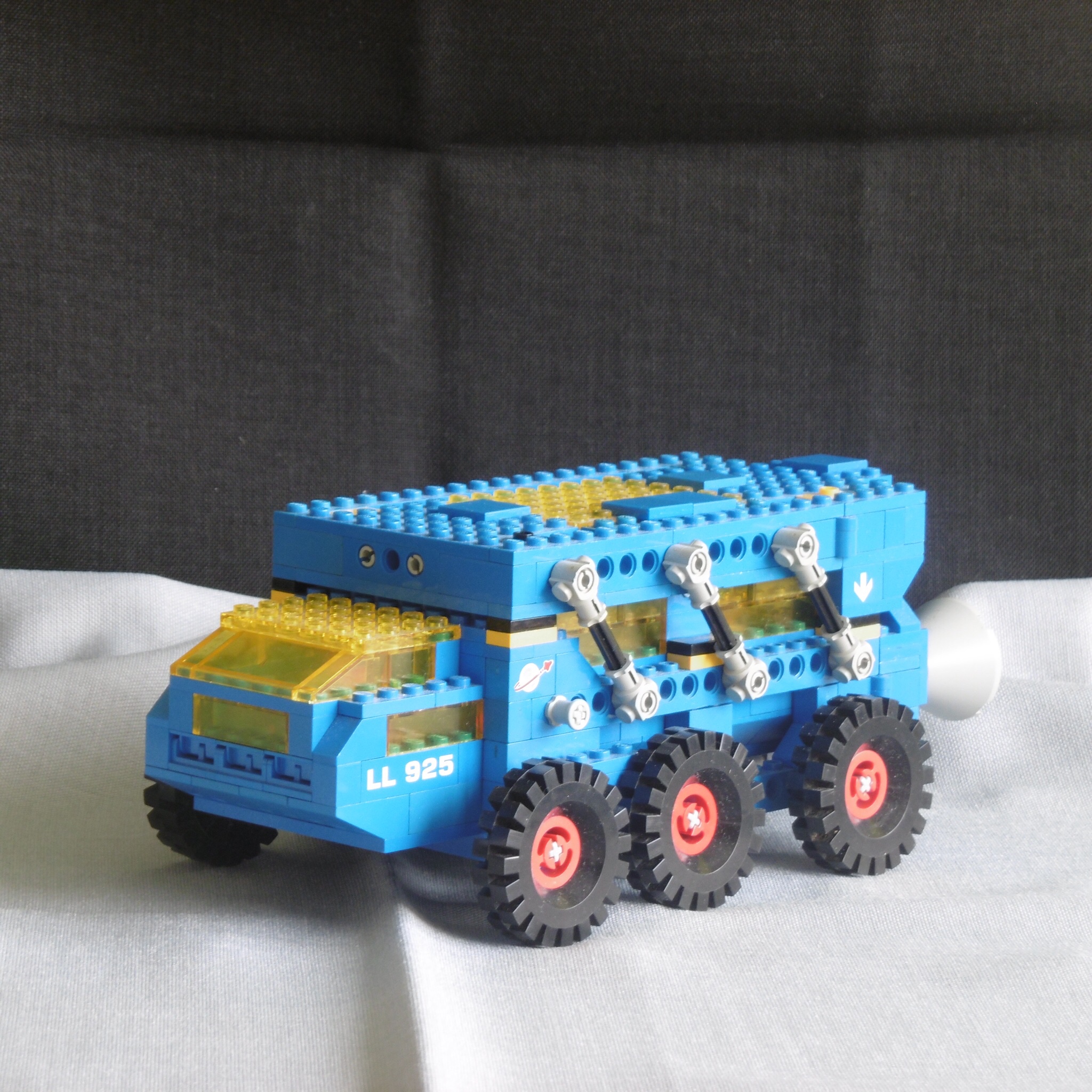 I wanted to have a kind of all terrain truck to carry 16L SCUs with a system to load and unload the container without extra help. The idea for the loading mechanism was something similar to the dump containers used on contruction sites. I based the design of the vehicle on the classic 6927 All-Terrain Vehicle with some upscaling for the bigger container.

I seperated the upper frame holding the container from the rest of the vehicle, connecting both with three pairs of Technic levers. Pythagoras’ theorem works with Lego, too. So with a 3L horizontal distance and a 4L vertical distance, the length of the lever (from pivot point to pivot point) had to be 5L.

I added a pair of bogie suspension arms for the first two wheels on each side for some extra all-terrain capability. The canopy folds up on the front side to give access to  the cockpit area. 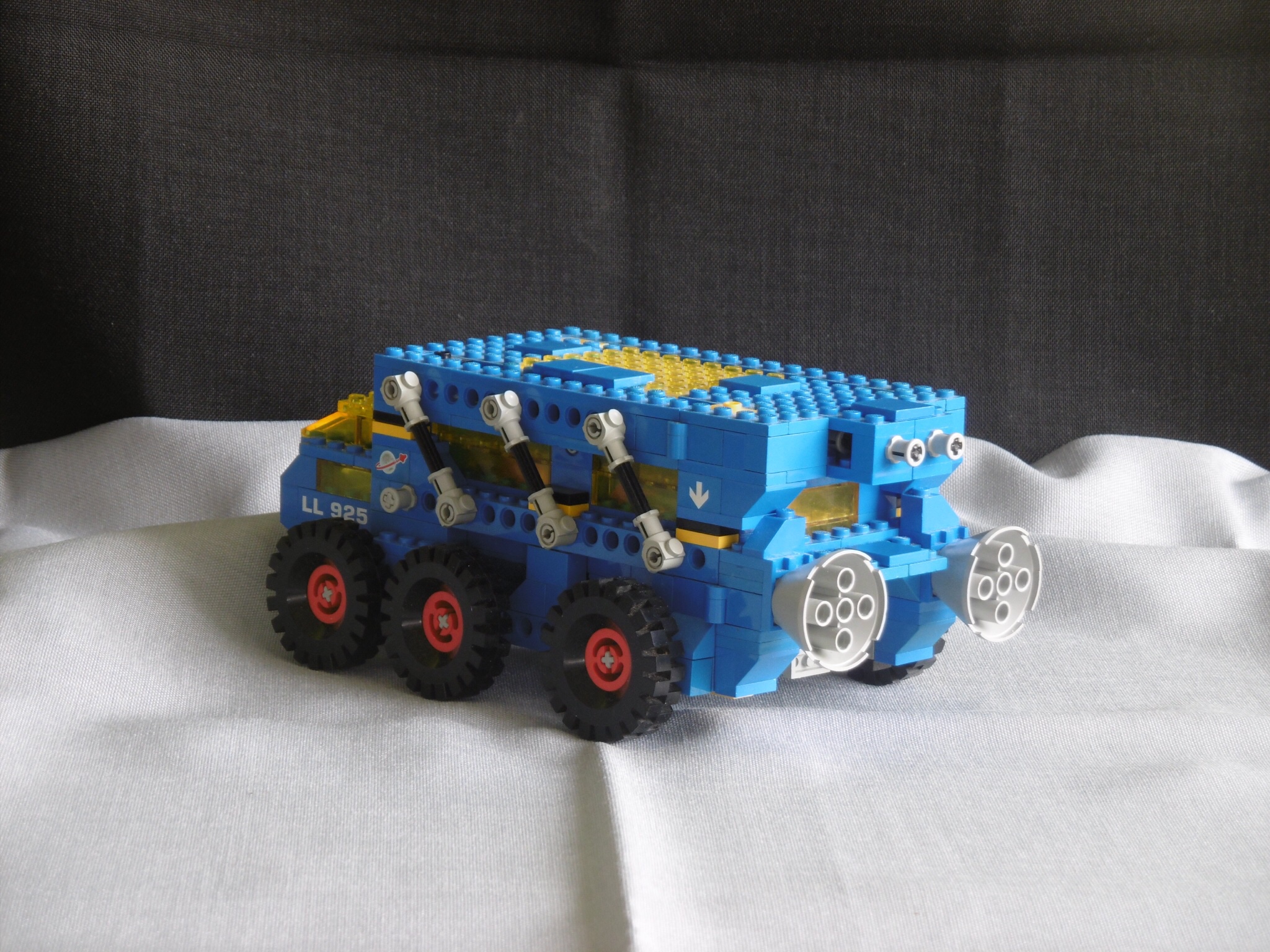 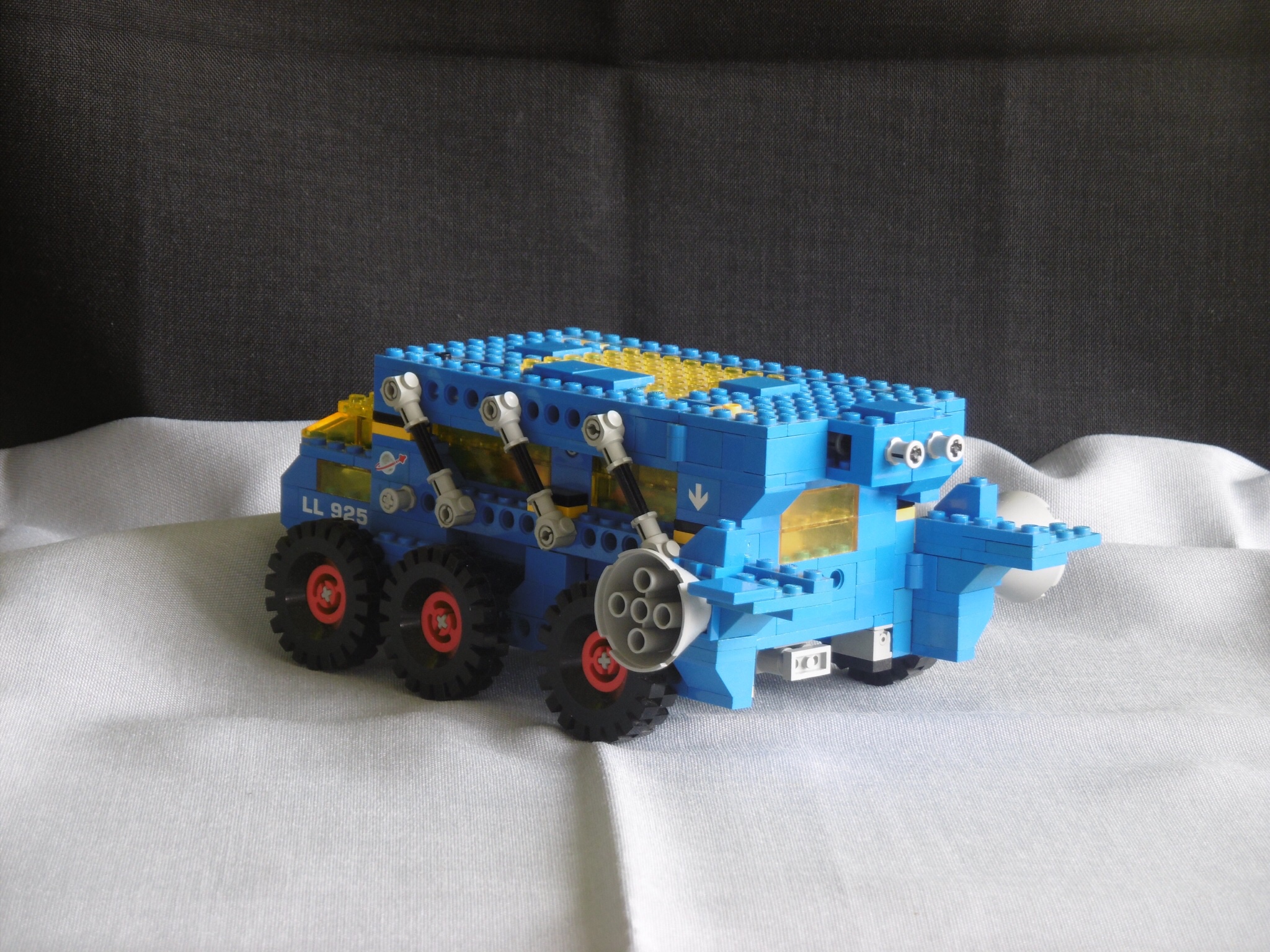 Open the rear end of the lower frame. 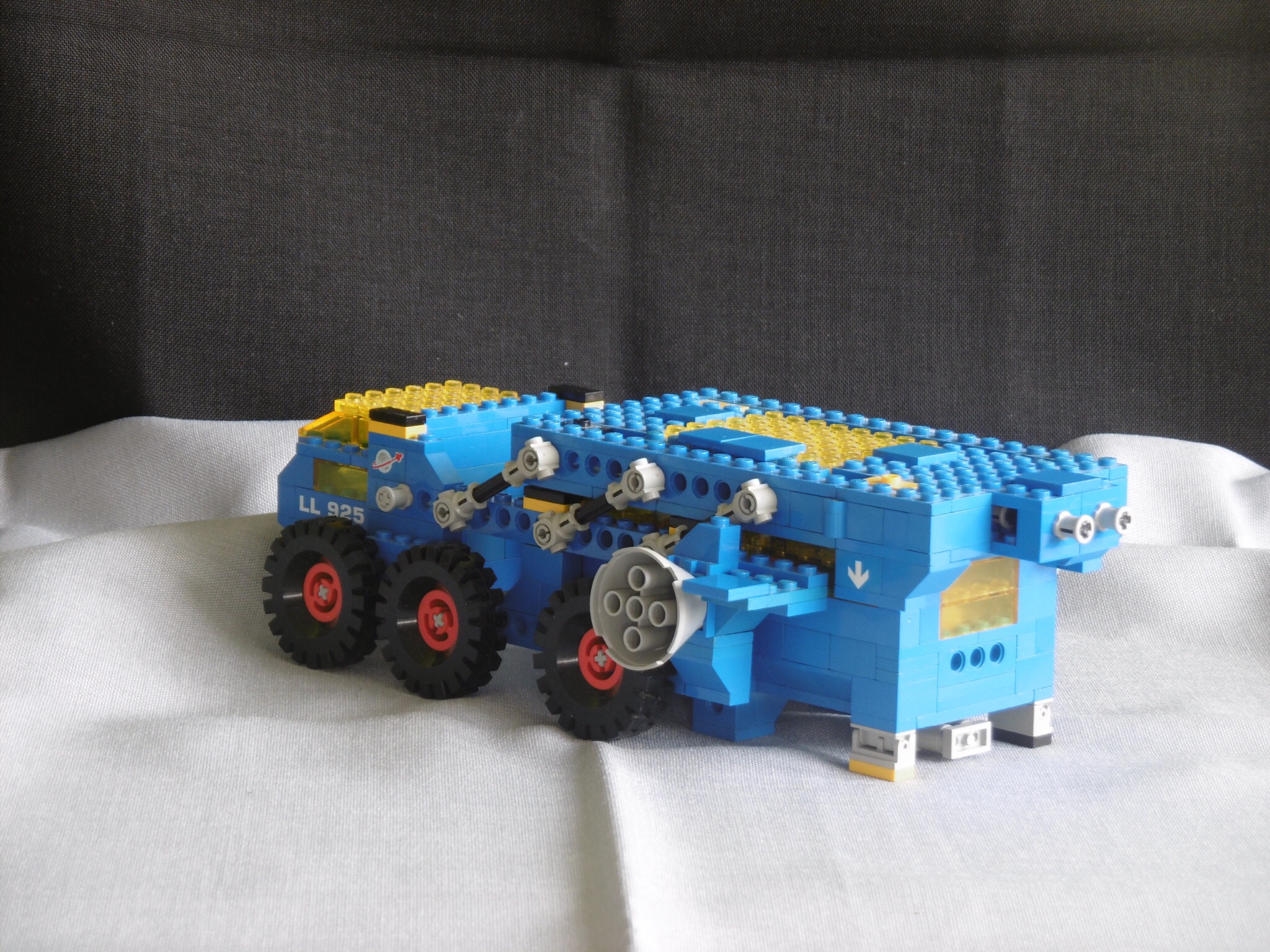 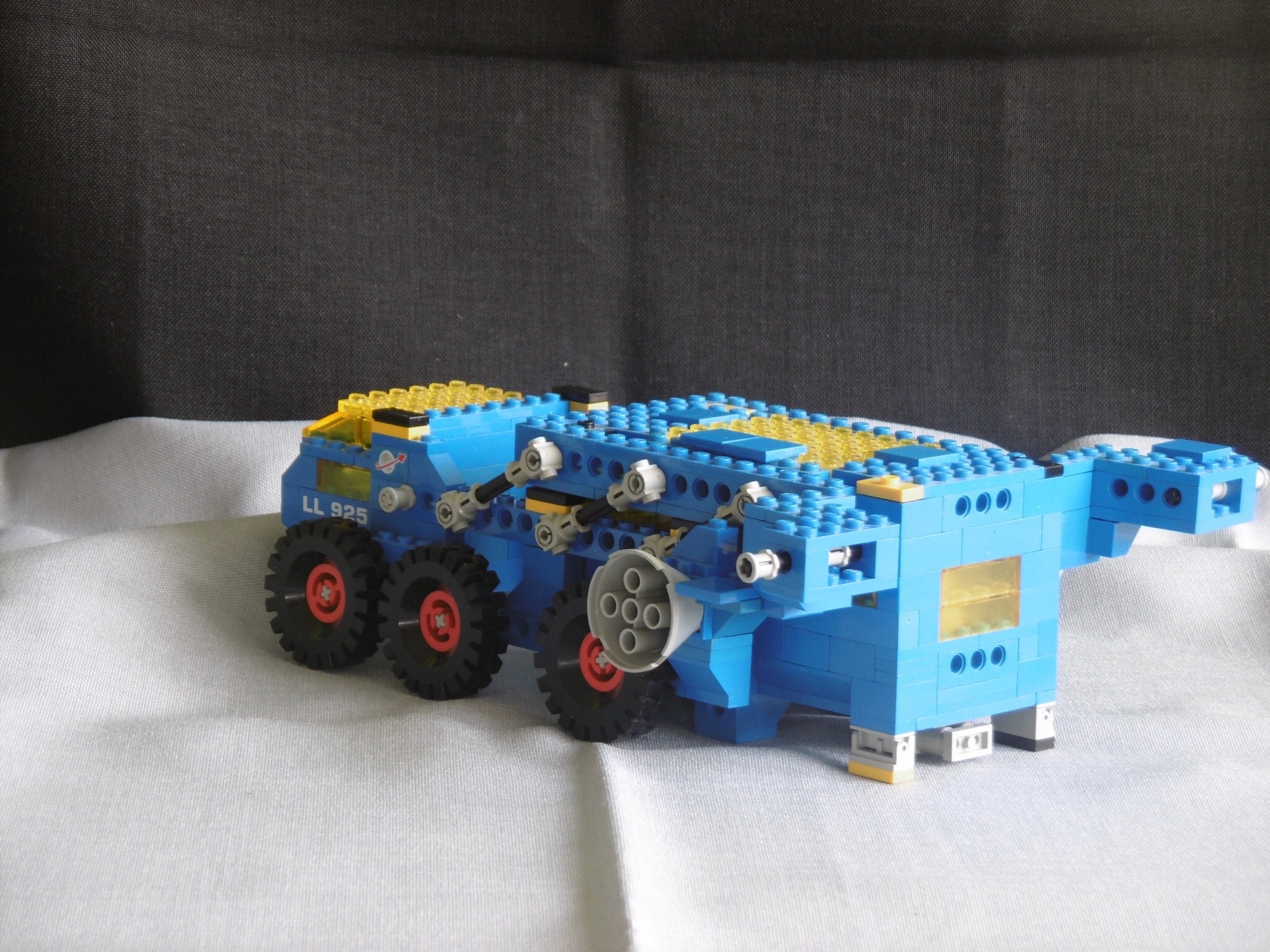 Open the rear end of the upper frame. 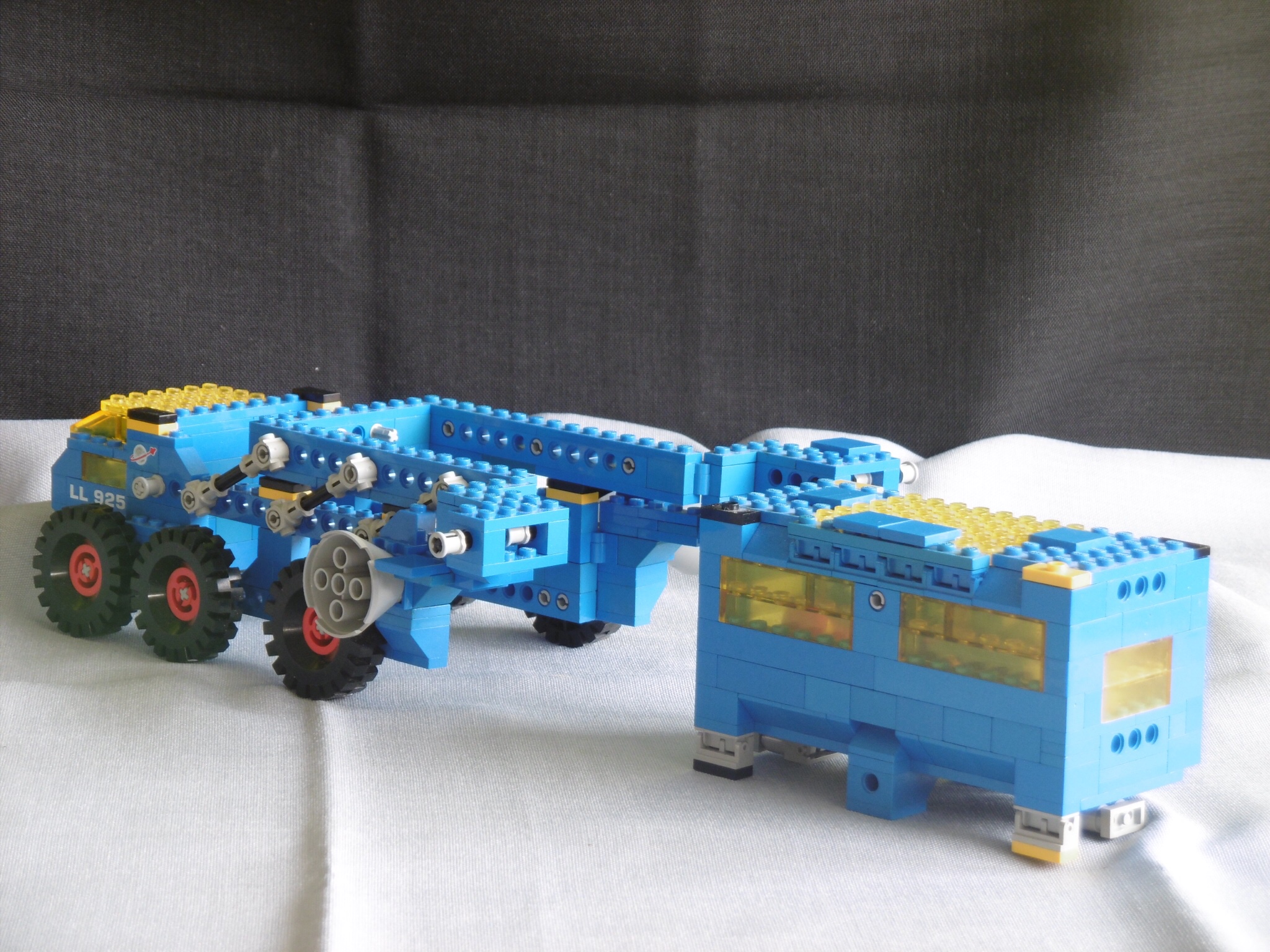 And there it is. 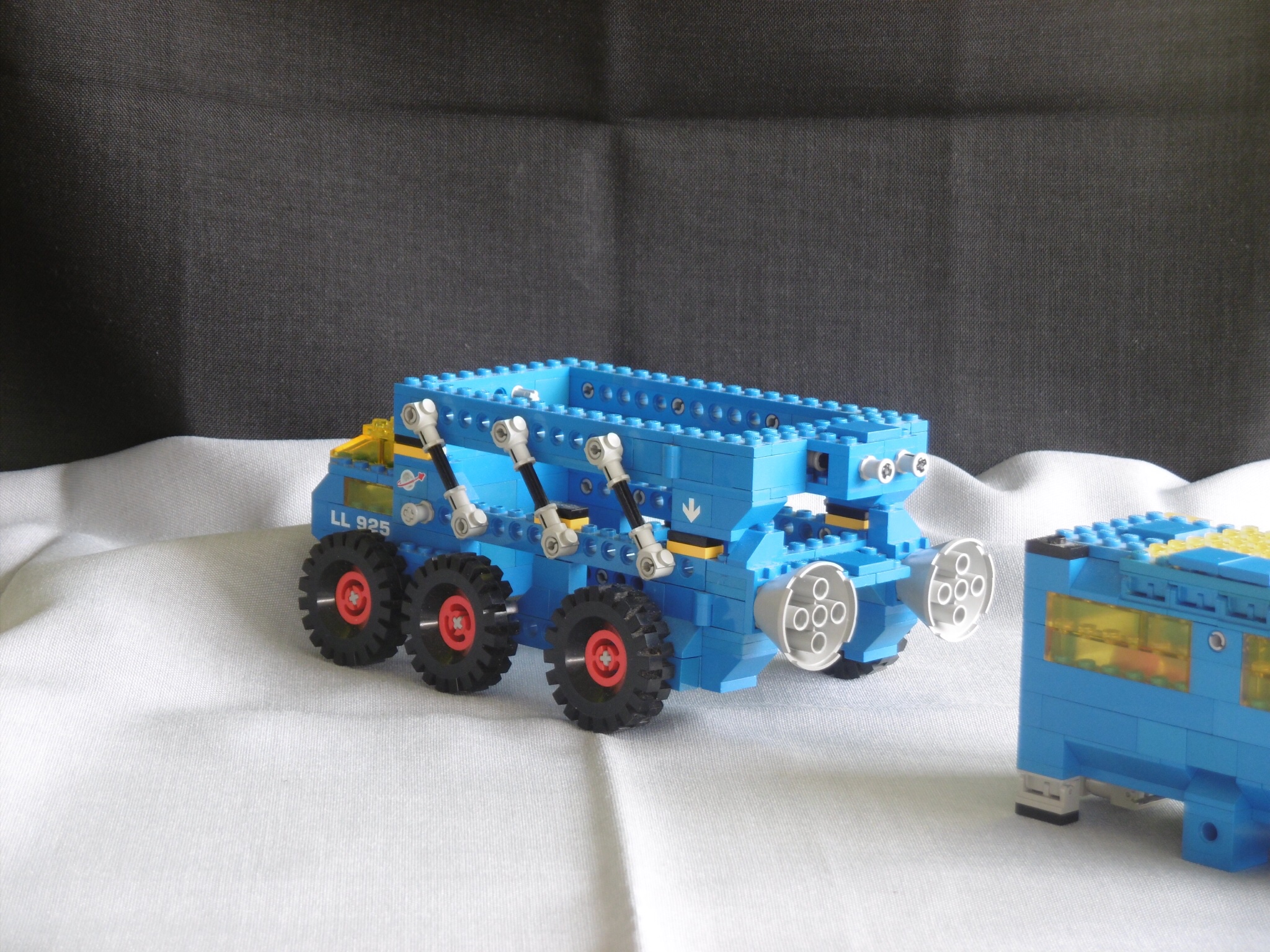 … and the lower frame…

You can see the bogie suspension arms at work. 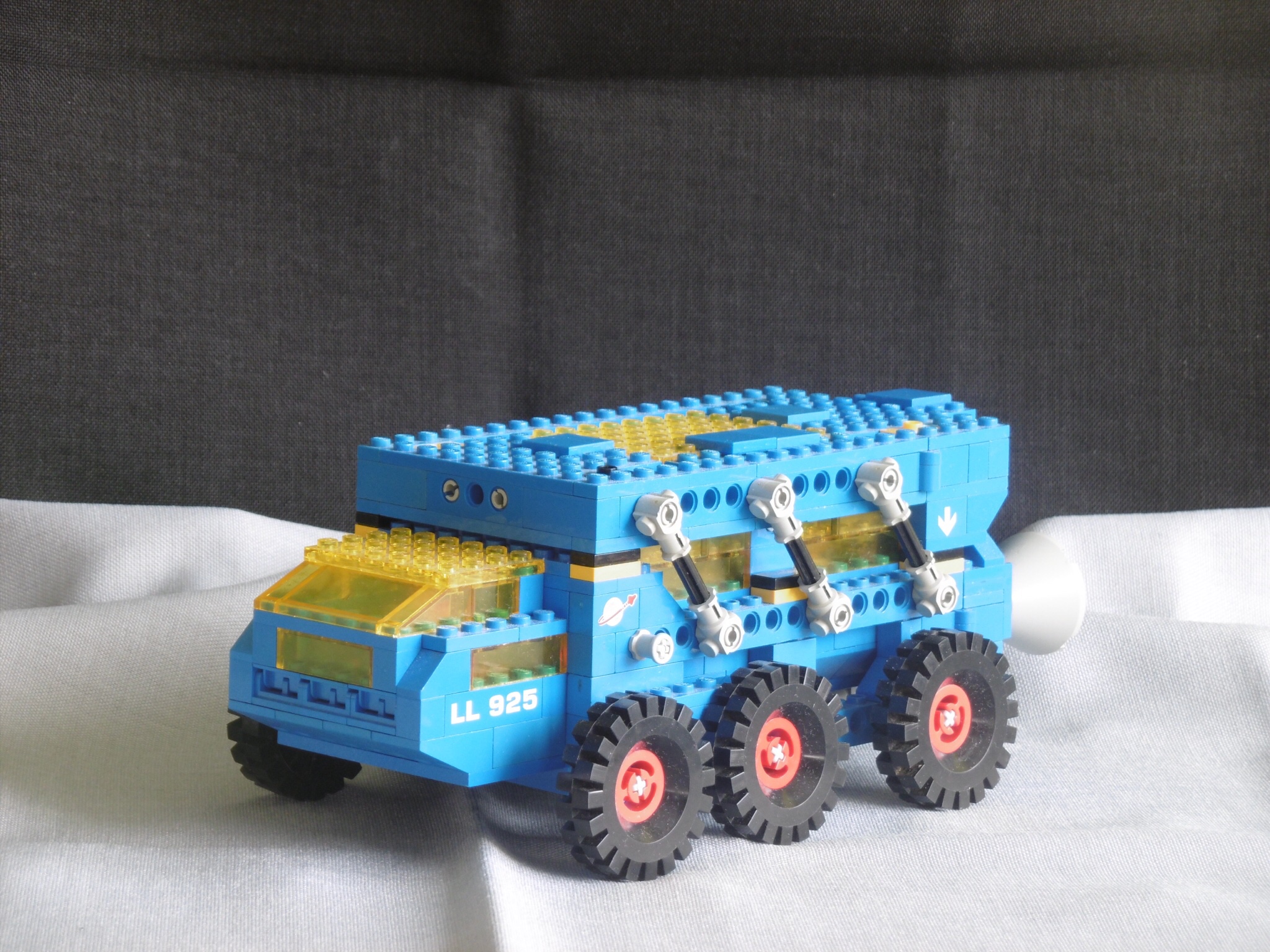 This is my Lego Classic Space SCU All-Terrain Transporter.
I hope you like it :-))