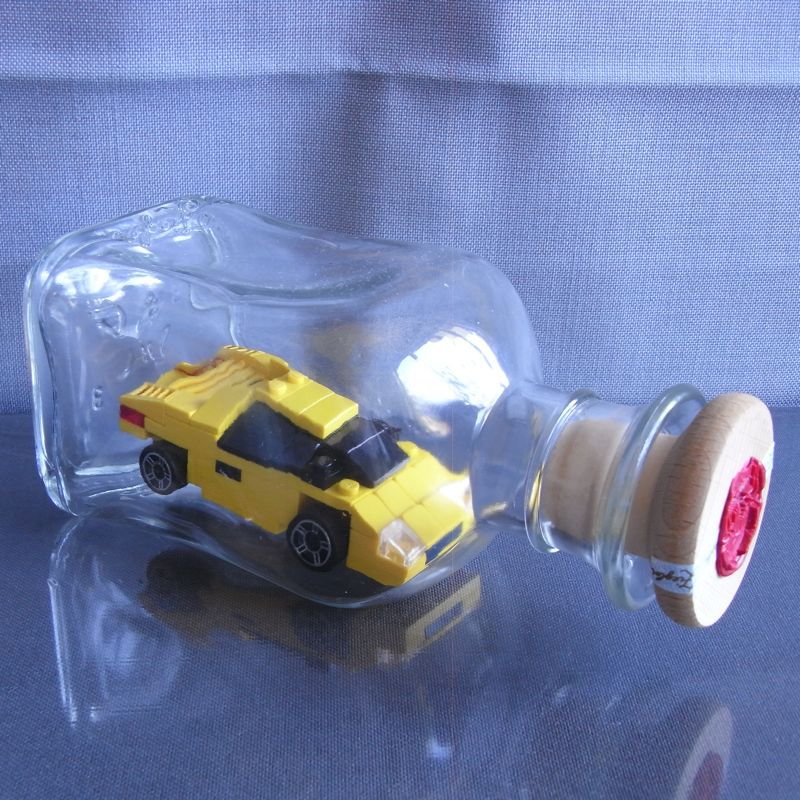 A 4-wide Lamborghini Countach LP400 built in a bottle

I got the inspiration for this when I saw the Ship-in-a-bottle built by Jeremy Moody and I thought: “I have to build a car in a bottle”. That was about 2 1/2 months ago and this was my secret project for this time. I wanted to be the first one to do this 😉 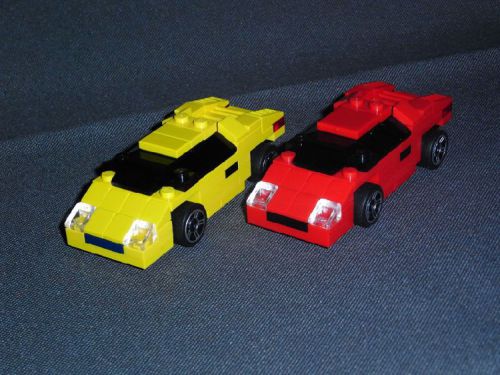 I didn’t change the exterior design of the LP400, only the colour and the “underware”. Yellow was an official colour for the LP400, some of the first models were painted yellow. So I chose this colour. I’d like to build a white one, but one of the main parts, the 1×2 “cheese wedge” with grill doesn’t exist in white, yet. 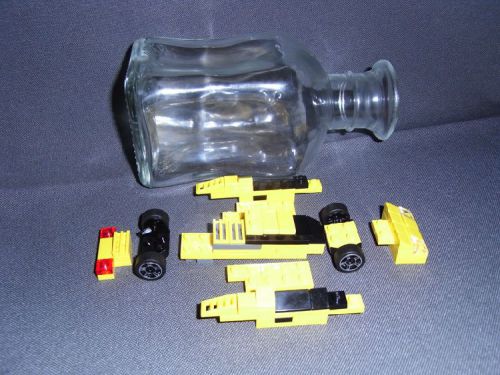 Meanwhile I was looking for the right bottle. It had to have the right size, not too small and not too big. And it had to have a (more ore less) square cross section. And the bottleneck had to be big enough to get at least the wheels through it.

The first three modules mounted together. Up to this point the building was quite easy. 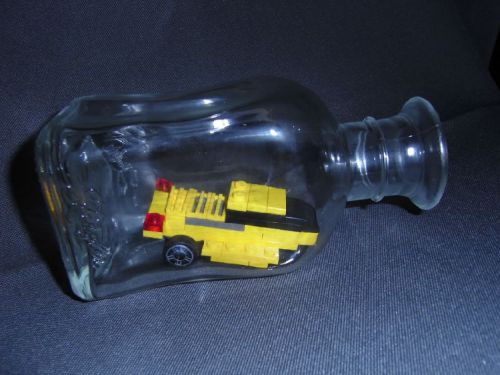 The rear end and rear axle mounted. On this photo you can see the biggest difficulty during the building: The “dimples” on the sides of the bottle make the interior almost round. It was almost impossible to fix the model to connect some of the modules. 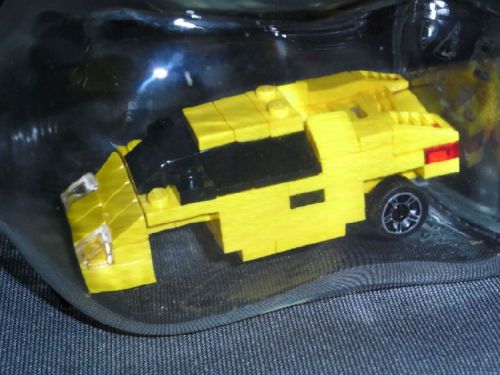 I thought the side panels would be difficult to mount, but these just snapped into their place, to my great delight, I have to say. The front end instead, was like a pain in the $%& to mount. Everytime I wanted to fix it, something flipped away and it didn’t connect. I tried that for more than two hours until I came up with the idea to build a special tool for it. I’ll show that one on one of the following photos. 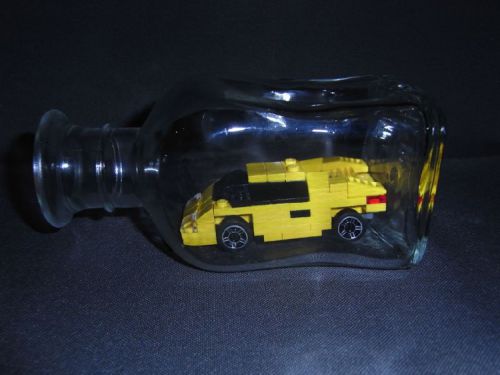 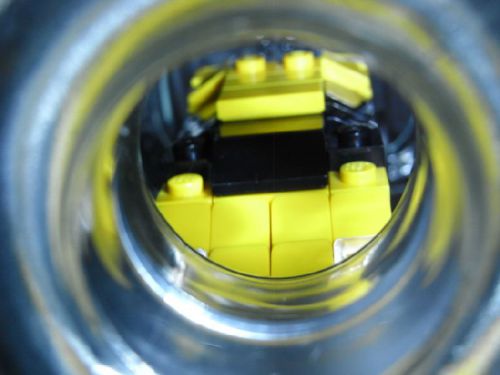 A look through the bottleneck. 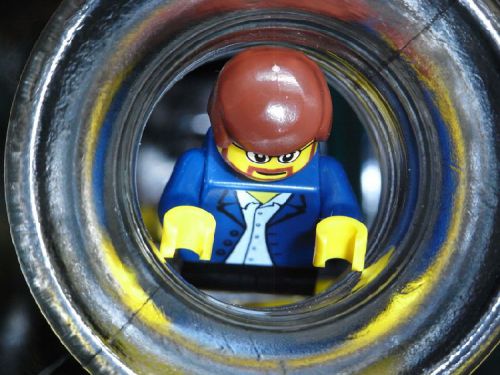 If you think, that opening is big, here’s LEGO Nils crawling through it :-)) I still have to admit, that the bottleneck for Jeremy’s Ship-in-a-bottle was a lot smaller. So if you like this model, please take a look at his one, too. It’s just amzing. 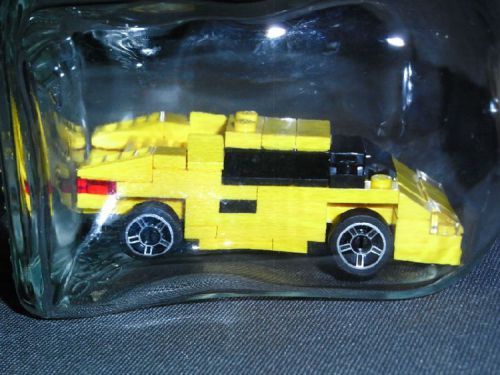 Side view: You can see that the Lambo just fits into the bottle. There’s no big gap in the length. 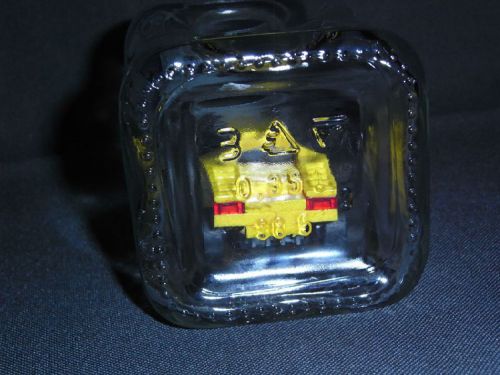 Rear view: You can see it’s a 0,35 litre bottle, half of the content of a whine bottle. I don’t know how much this is in anglo-american units. I only know a pint is more ore less 0,5 litres and I think that’s all I need to know :-)) 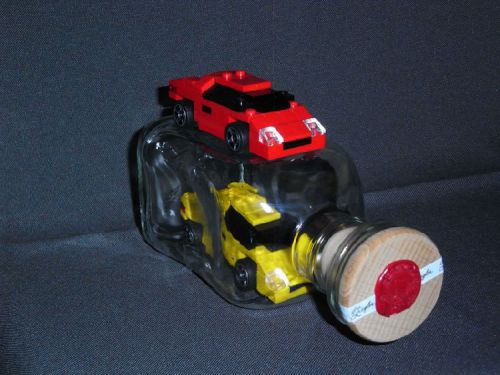 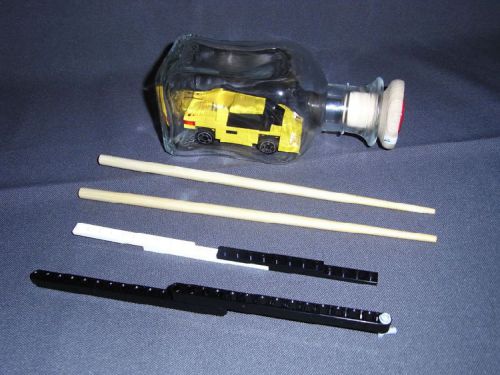 And these are the tools I used to build this one: A pair of chopsticks, some long plates mounted as a stick and the special tool I mentioned earlier: Two joined Technic beams with a connector peg. The knob of the connector peg connected to the front end and made it possible to locate the front end exactly where it had to go. Meanwhile I used one of the chopsticks to fix the model. So this tool saved me from going mad. 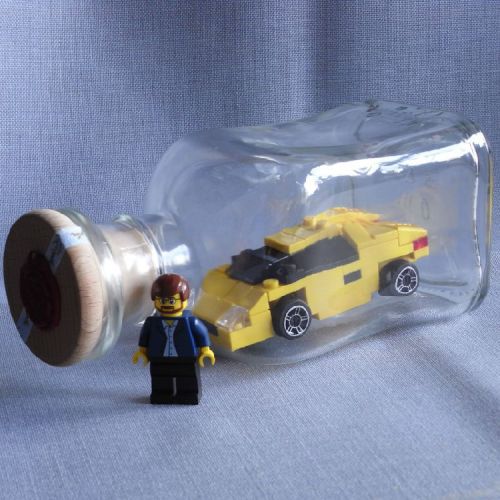 Well this is my 4-wide LEGO Lamborghini Countach LP400 built in a bottle. I hope you like it :-)) 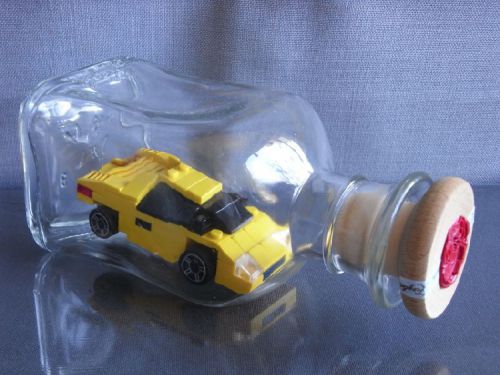