This model also was part of my second DESIGNbyME set. The 1×4 slopes aren’t available in the LEGO Shop, so I ordered them via Bricklink and in the set I ordered 1×4 bows instead. 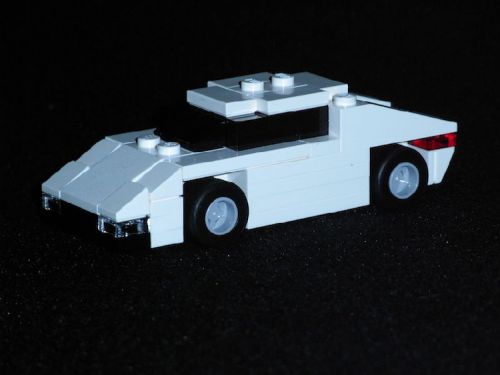 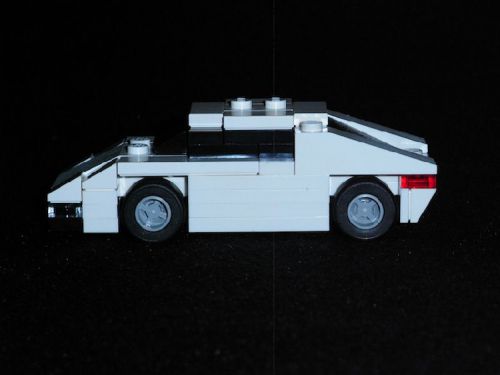 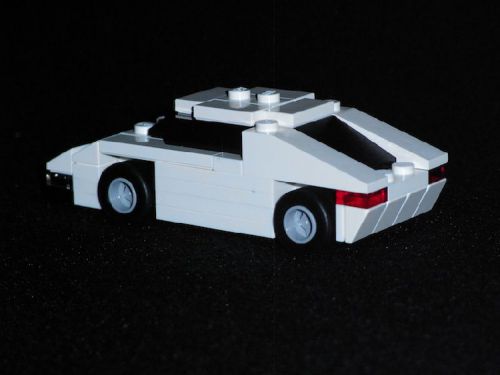 Rear left view. I realized that the rear end looks very much like the one of Angka’s Esprit. Believe it or not, I didn’t copy that. It was just the best way to build the rear end of a 4-wide Esprit and we did it the same way. But I have to admit that Angka’s Esprit was the inspiration for me to build one myself. I had seen his version a few weeks before starting with this one. 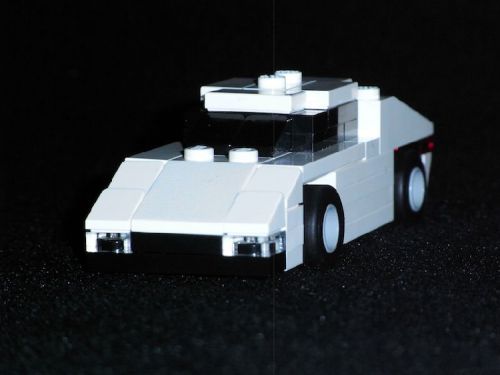 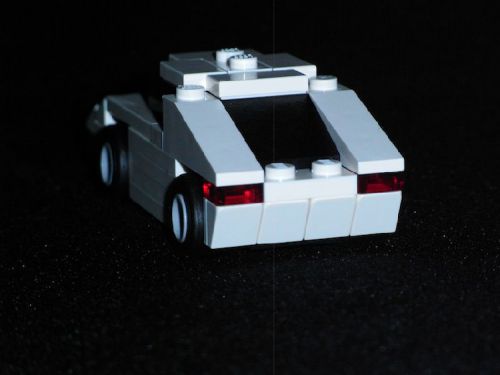 As the James Bond car it also needs a submarine mode. This is it: 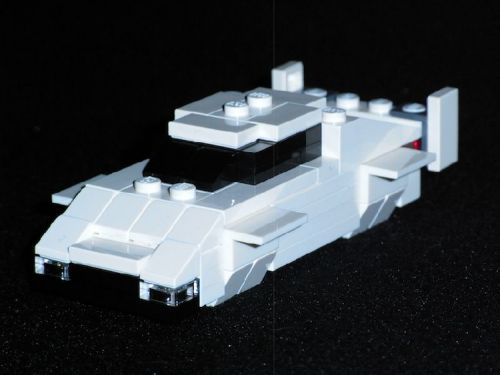 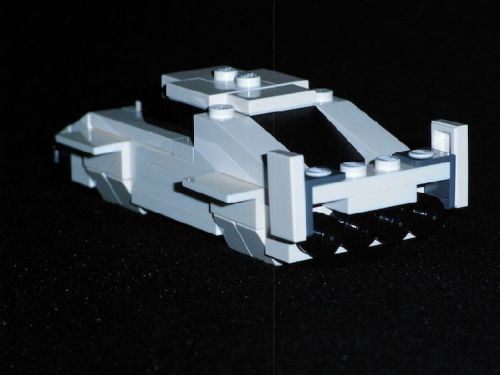 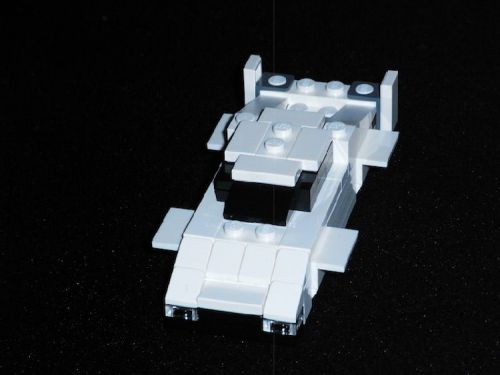 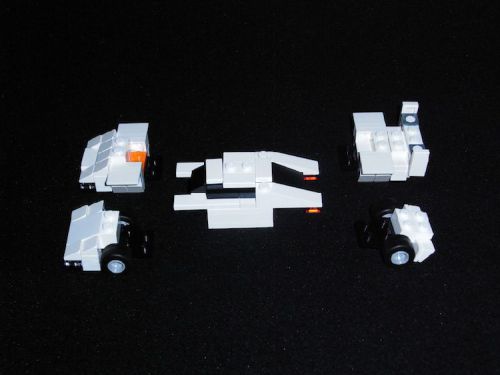 The design is modular: You can take off the front and rear part and replace them by the submarine parts. The other way it’s a bit more tricky, but it still works OK. 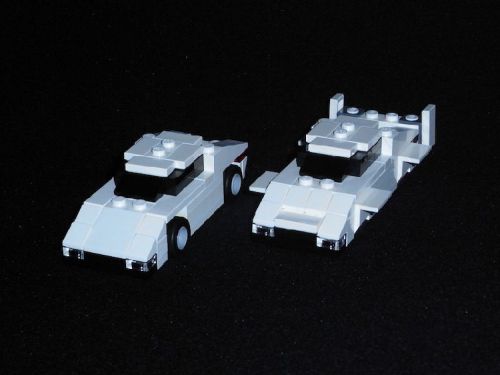 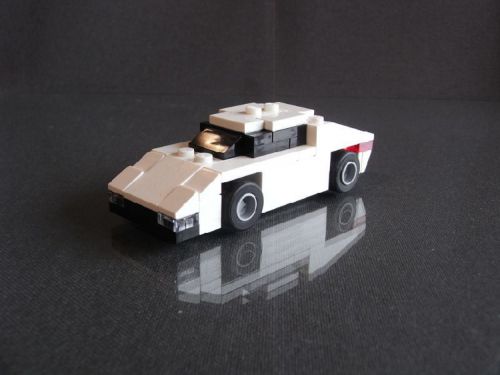 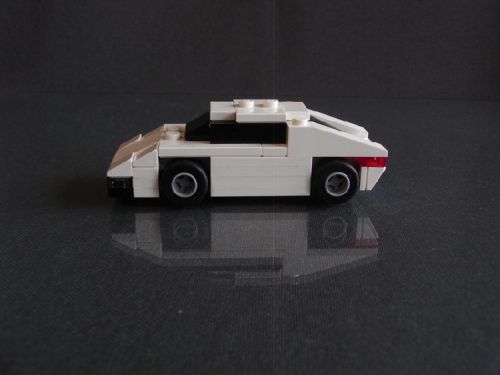 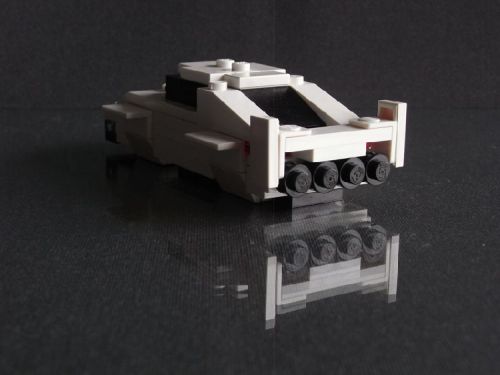 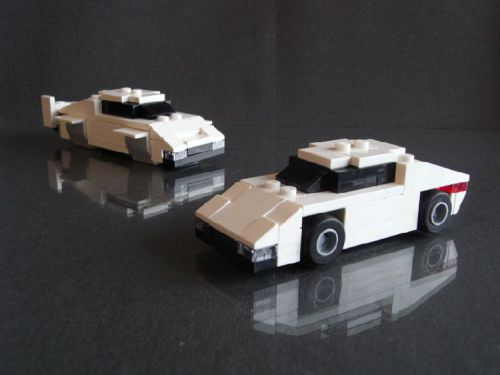