A new colour scheme and some new details for my 4-wide Bugatti 16.4 Veyron.

V1.1: A little update for the Veyron. You can see the previous version here.

Side view: I’ve finally had an idea how to get the bigger rims on the Veyron. 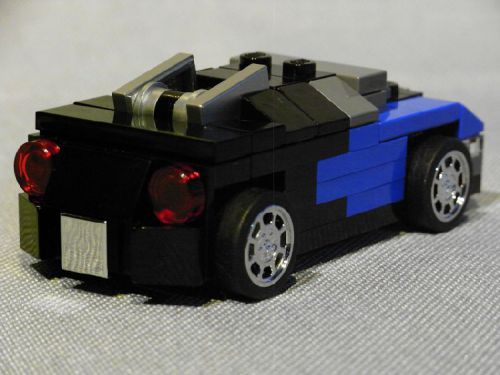 Rear right view: Round tiles for the tail lights and a chrome silver tile for the exhaust.

Bird’s eye view: The front grill is now chrome silver instead of metallic silver. The whole front had to be rebuilt for the new wheels with the other set of wheel holders.

The blue/silver (blue/grey) one does still exist.

Family meeting: I haven’t got a 2nd set of the chrome wheels, yet. I think the grey ones look cool, too. 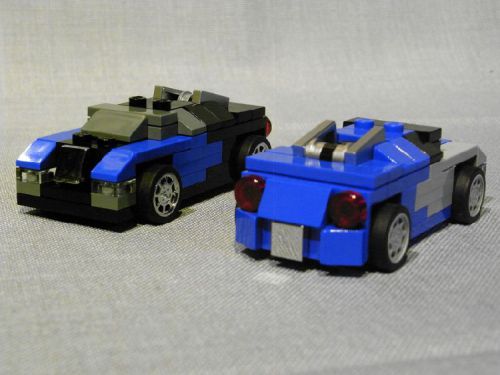 The rear end has been updated on the blue/grey one, too. 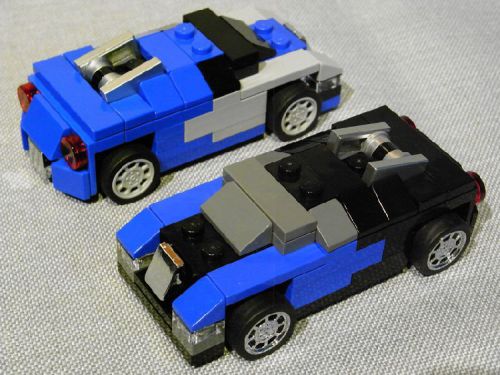 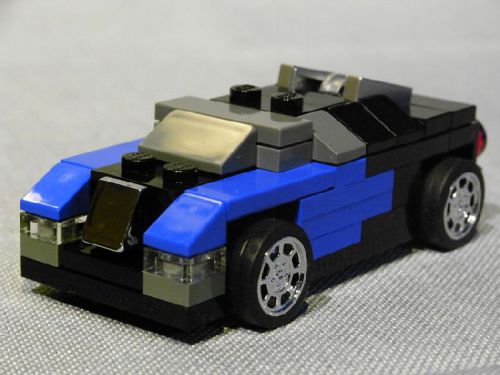 Darker windows for the black/blue model: A mix of trans-black and black parts instead of the dark grey ones. 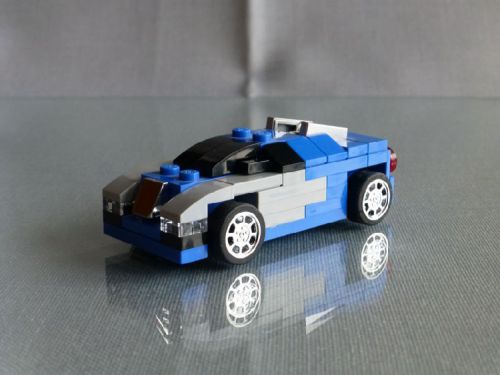 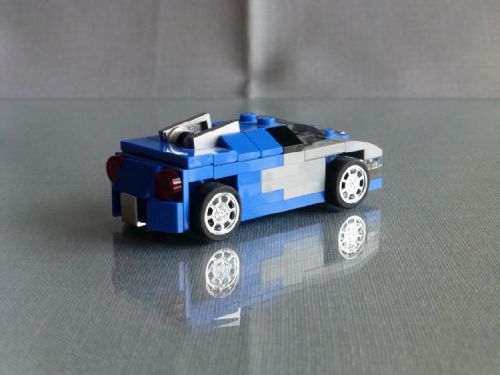 Nothing new on the rear end, but still cool.

Bonus picture: The “secret” of the front end