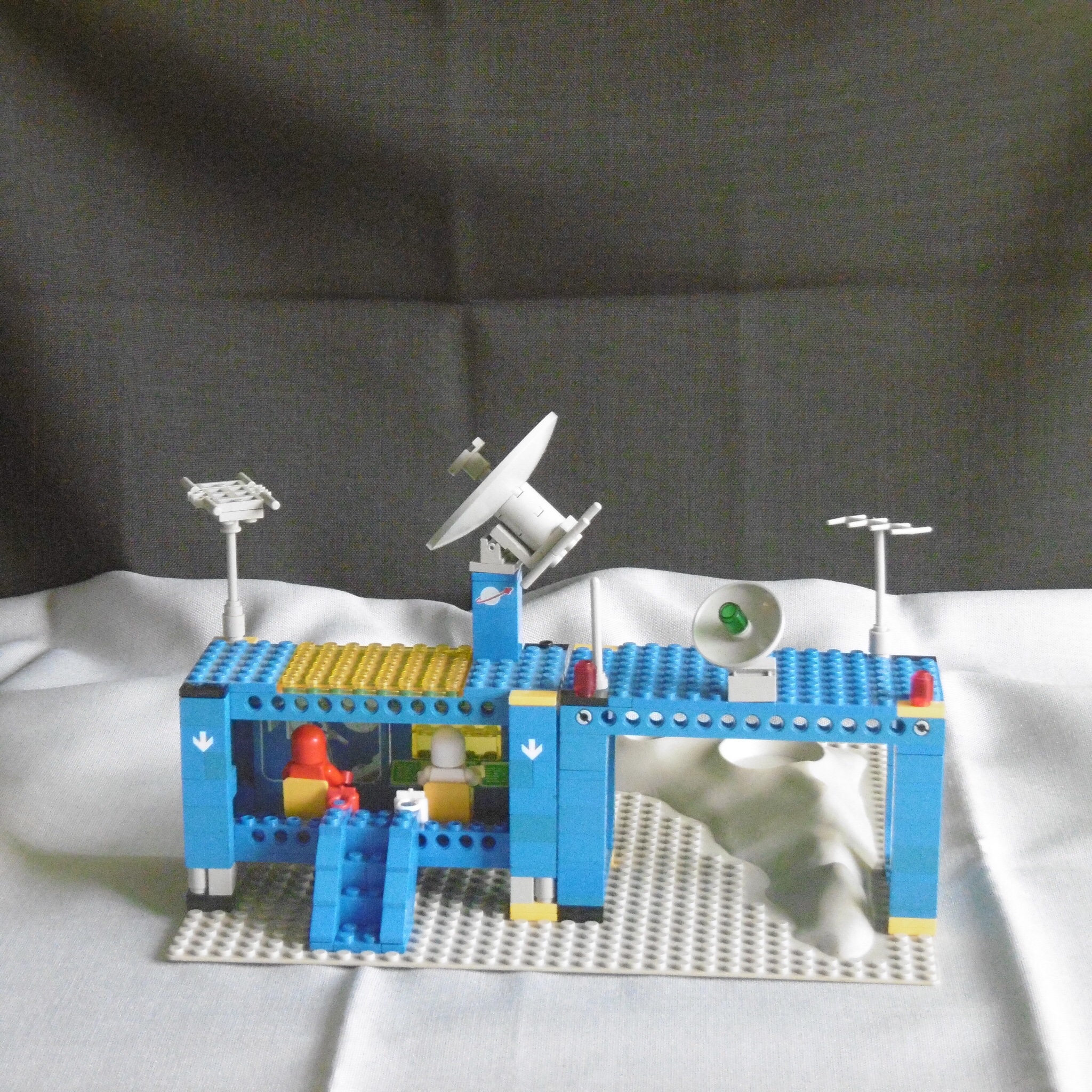 My story with set 926 was more or less the same as with set 920: I always wanted one, but never had one. So after building a “new” version of set 920 with a pair of SCU containers , 926 was the logical choice for my next SCU project.

It was much easier to pack it into two SCU containers. The Command Centre itself is already built like a container with enough room inside for the external stair during transport. And there is enough room in a second SCU to pack all the dishes, lights and antennas into it and build the roof section with it. 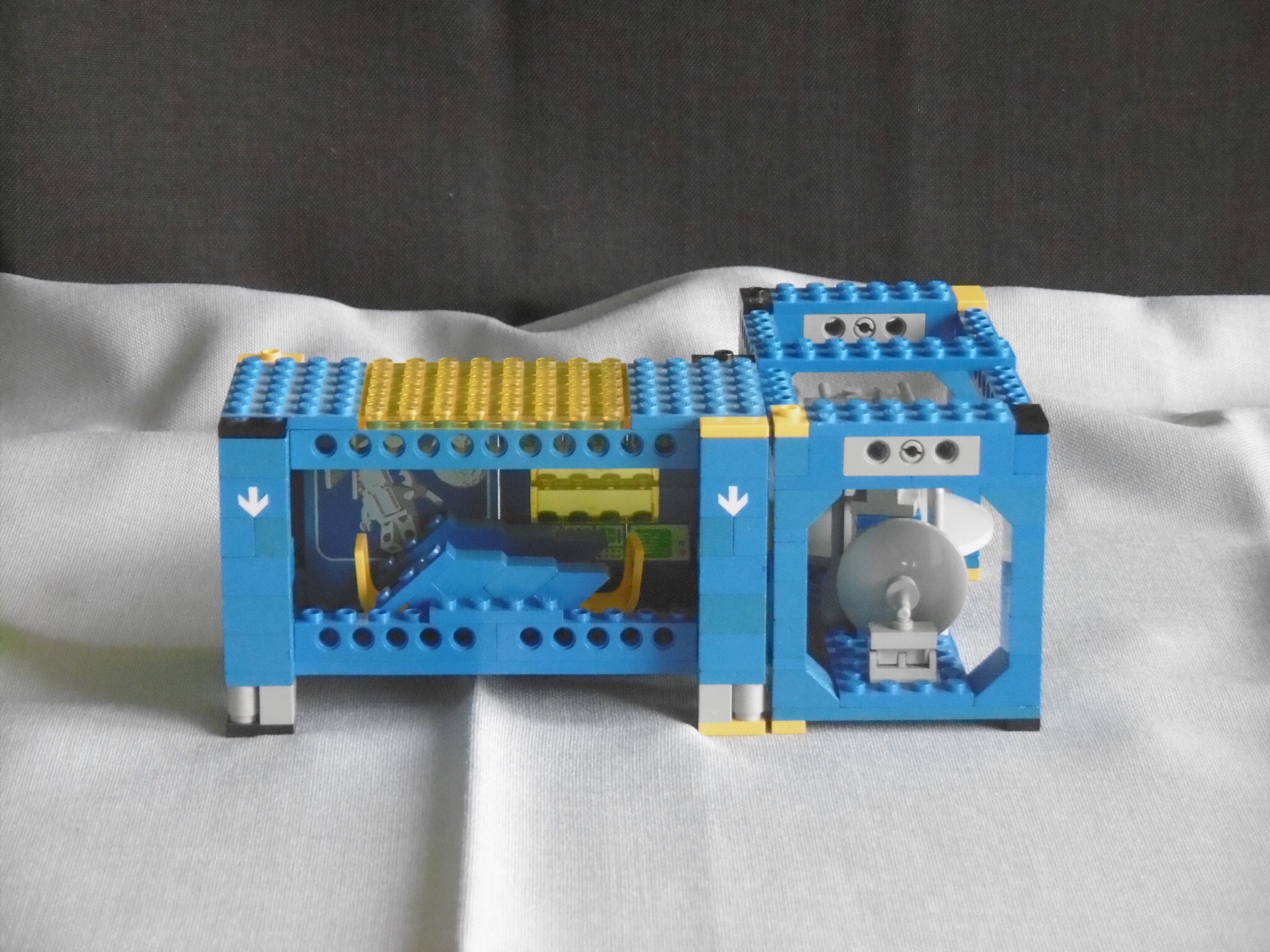 These are the two SCU containers 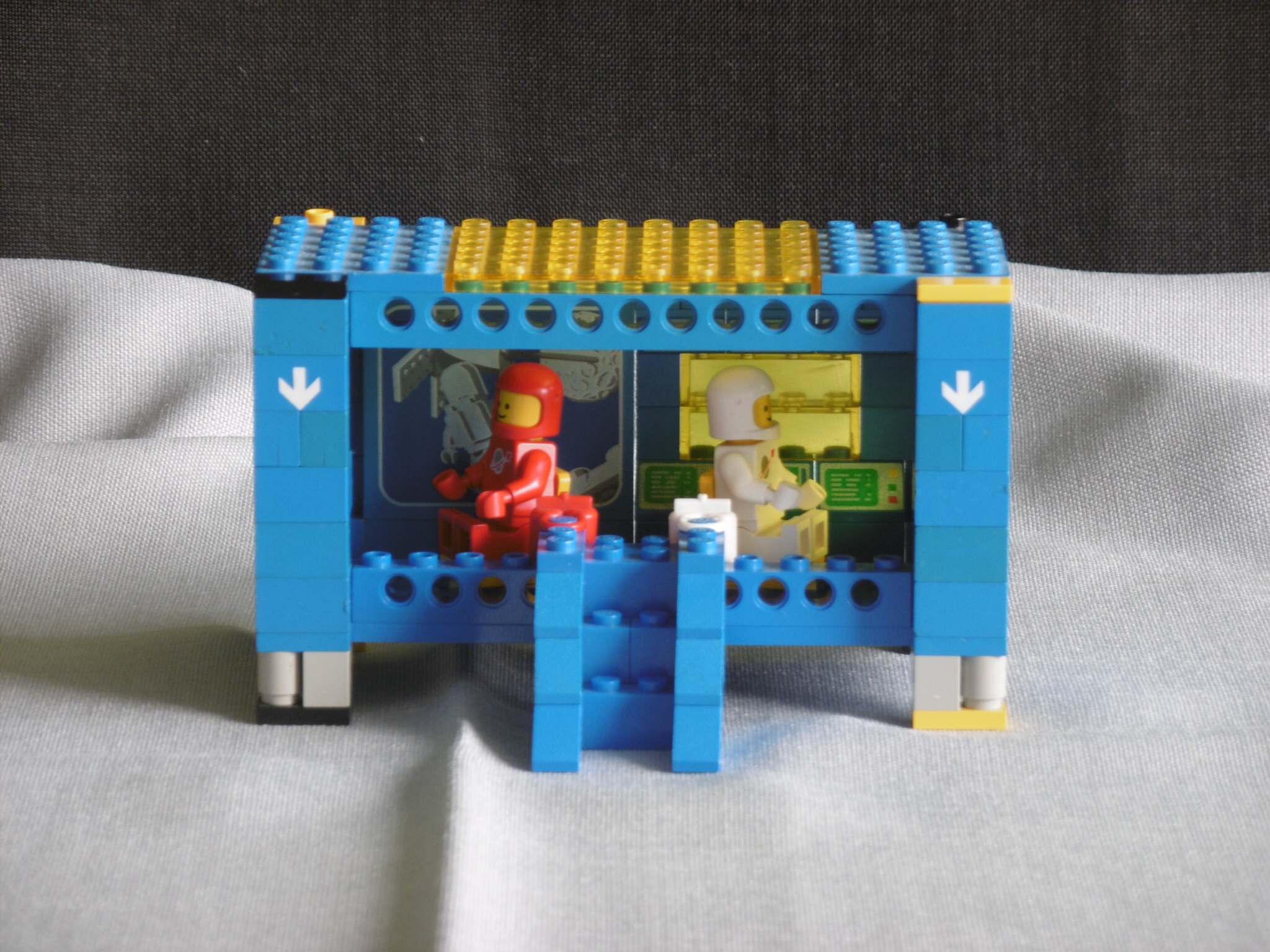 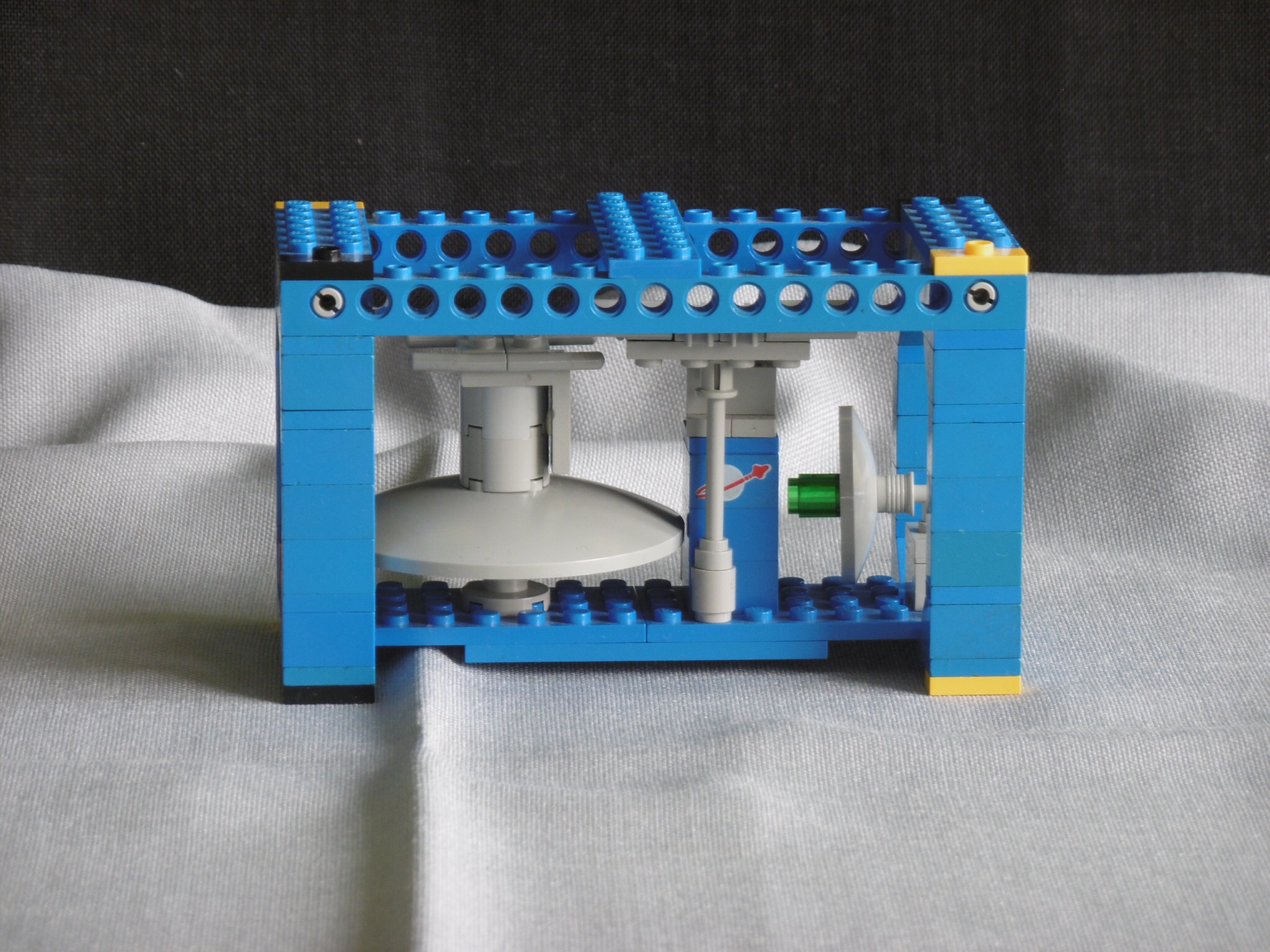 SCU #2: All the antennas, dishes and lights packed into a transport container. 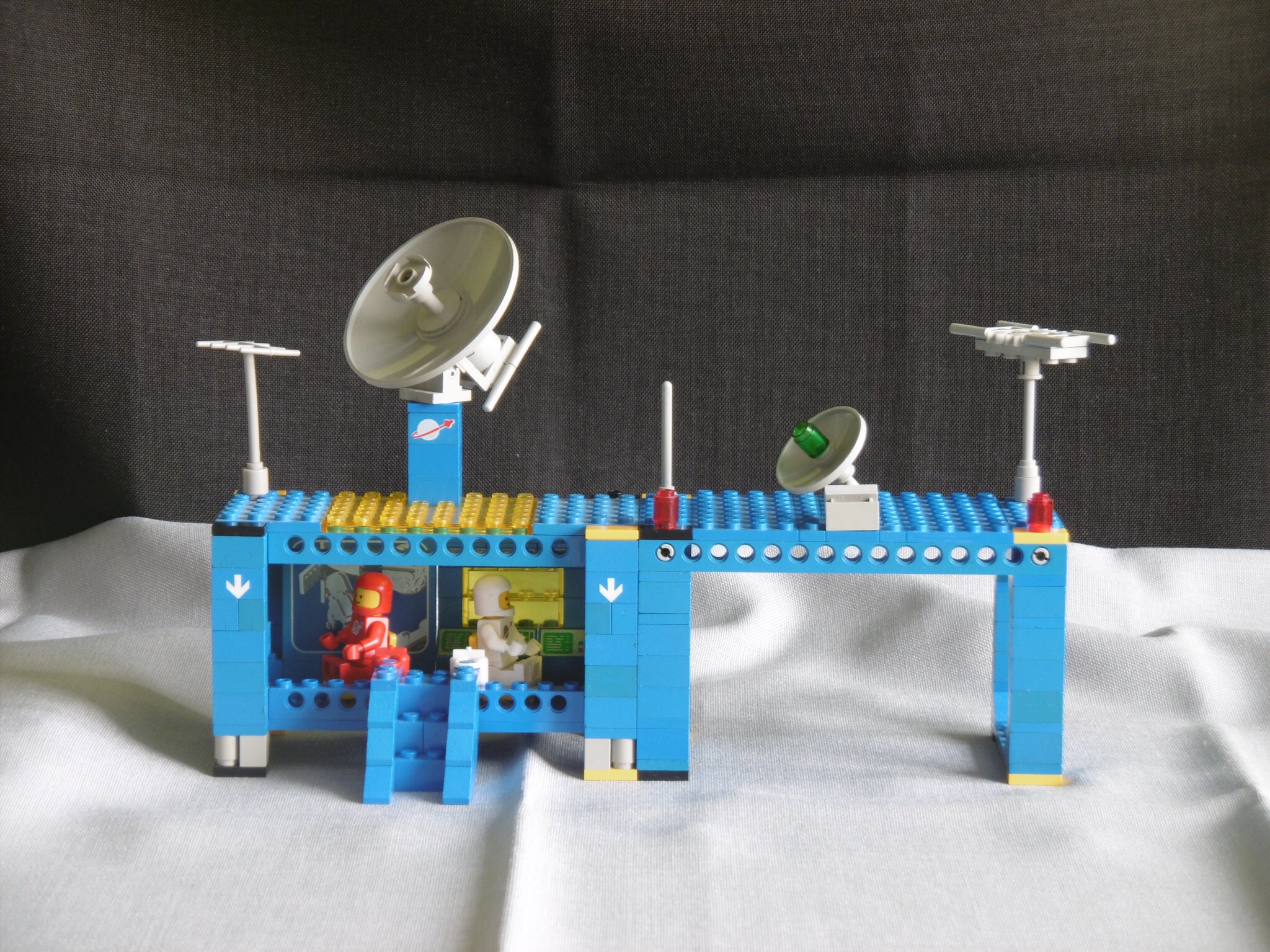 The floor plates from the container (2 4×8 and 2 1×8 plates) are used for the roof of the “garage”. I only have one intact classic TV antenna left and I’m not willing to pay a fortune for a second one. So I added a second “brick built” one instead. 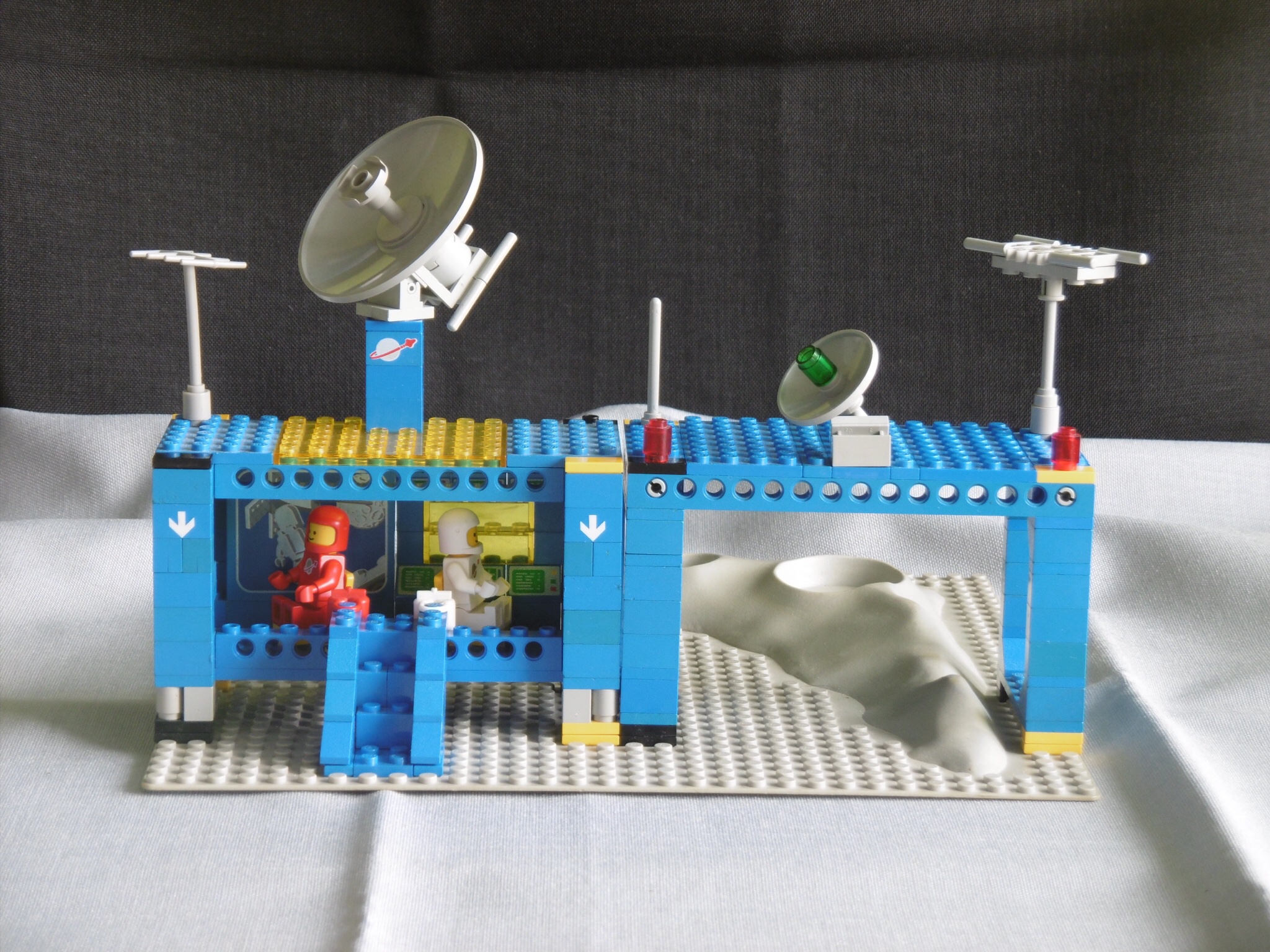 Everything built on a baseplate. It looks pretty much like the original model.